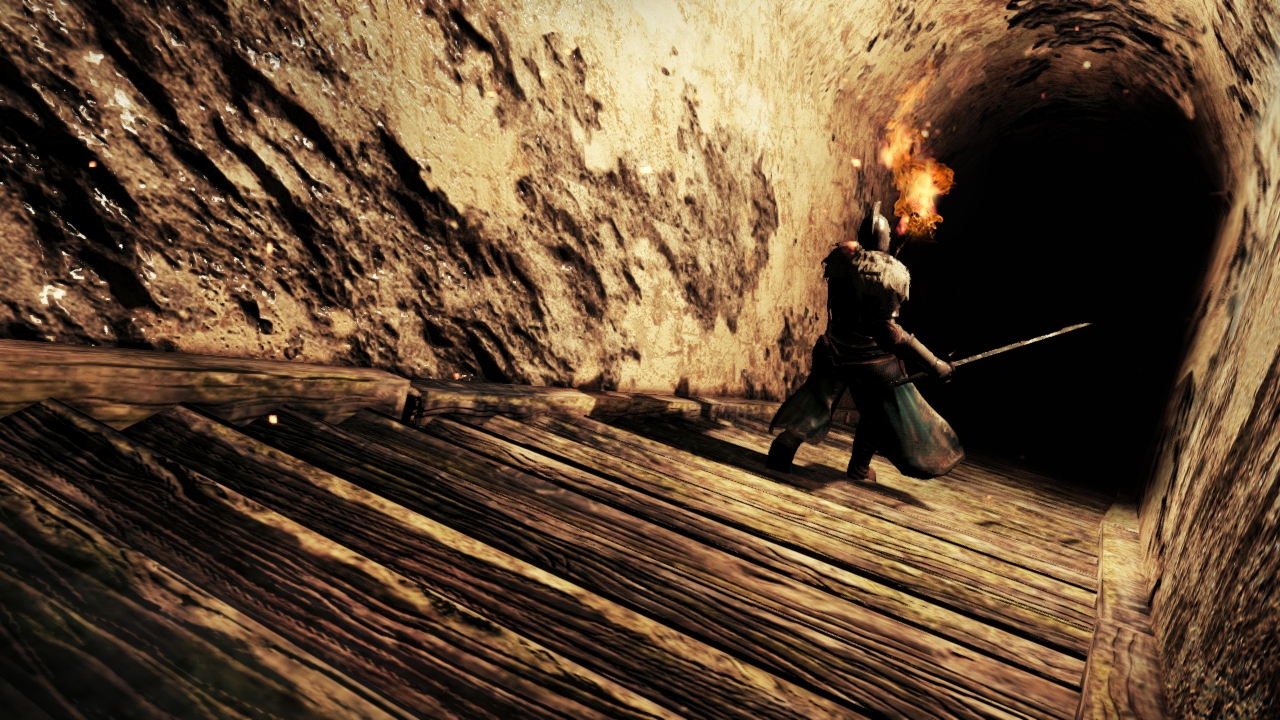 Is death appealing? A reasonable human being would likely say no — and not just when referring to their own mortality, but virtual death as well. While playing an unchallenging video game would be a complete waste of time, dying is never fun. It means you failed — even if for a brief moment — and at the very least will have to replay a part of a game you’ve already experienced. So why is the cause of countless broken controllers and unfinished games the main attraction of the Souls series? Beginning with a niche game published by Atlus, the series has grown to become one of the largest in the industry, spawning everything from television ads to a bevy of merchandise. Given its humungous success, one would think that Dark Souls II — by far the most-anticipated game in the series — would be adjusted to match the average gamer’s skills in an attempt to appeal to as wide an audience as possible. Instead of dumbing down the game, however, From Software have increased the difficulty, resulting in one hell of a nightmare.

Combat mechanics remain relatively unchanged here versus its predecessor and are surprisingly simple (yet unique in execution) when compared to something like Devil May Cry. RB is the main attack button, RT is used for heavy attacks, LT is used for secondary attacks and parrying, while LB is used for blocking with characters who have a shield equipped. Holding down B dashes, while tapping B rolls. Jumping is basically impossible except for being able to jump over a ledge while rolling by pressing down LS at the correct time. Items are assigned to X (the use a main face button a must considering how many health items must constantly be used) and the d-pad can cycle through various equipped items at anytime. Success in combat will be a direct result of how well you parry or block as even the weakest enemies can kill you in under four hits.

Of course, the most interesting thing about Dark Souls is how all of it is presented. Instead of having linear progression where the character goes through increasingly difficult levels, but is rewarded with new skills or abilities, the option is given for how exactly they advance. At any one time, there’s usually two or three possible routes to take. Some lead to new areas while others lead to a boss. It’s impossible to know how hard the area is until attempting it, leading to frequent trial and error. Players are never directed where to go and, besides one of the most basic tutorials (if you can even call it that) ever in a game of this size, will have to figure out everything on their own. Character progression happens via souls which are dropped from enemies. Upon collecting a certain amount of souls, various abilities can be leveled up. In previous games, this was done through using bonfires, which also restore health. While bonfires remain, there is now a woman named Emerald Herald who handles leveling up. This makes more sense then before (how could throwing souls into a fire level you up?) and adds a bit of intrigue; just be prepared to mash start whenever a conversation with her is initiated, however, as she recites the same thirty second speech every time.

Dark Souls II isn’t for everybody. It’s one of the most — if not the most — hardcore action games to ever come from a major publisher. Players will die — a lot — as they come to realize that this is a punishing is a test of resilience. Those who can brave the challenge, however, will be richly rewarded with one of the most gratifying experiences in gaming and a true sense of accomplishment. It doesn’t hold hands and stops players from flying too close to the sun by constantly clipping their wings. From Software should be applauded for not giving into pressure to make the series more accessible, instead going the opposite direction by producing the most devilish entry yet. With impressive visuals, smartly-designed dungeons and the most complete experience to date, Dark Souls II is a stunning accomplishment and one of the purest experiences in the medium.