The release of Dark Souls II this week reinvigorated the discussion of difficulty’s place in gaming and whether your typical game in 2014 is too easy or not. With the game market bigger and more varied than ever, we’re seeing plenty of new properties, some like Dark Souls that embrace a harder, sharper edge to difficulty, and others that keep gaming difficulty toned down for a less stressful effect. These two opposite polarities are able to coexist in today’s gaming world, but have you ever considered why? Why are we seeing both an embrace and deference of crushing difficulty in our games, and even more curious, why are both types of games getting such praise from the community?

In the days of the NES, difficulty in games was about as surprising as a coin in a Mario game. The system became notorious for compiling some of the most difficult gaming ordeals ever made into a single console library, including but not limited to Contra, Ninja Gaiden, Battletoads, Castlevania, Ghosts ‘n Goblins and Mega Man. These relentless and unforgiving experiences became instant rage fuel for young gamers, but from that difficulty, they became critically acclaimed hits and instant classics from that generation onward. The retro difficulty spread forward into the 16-bit era with games like Super Ghouls ‘n Ghosts, while toning the headache down just enough to grab new fans. There’s a reason that venerable old gamers yearn for “the old days” of gaming difficulty: there was no messing around in the NES era. You either had to step up your game or pass the controller. 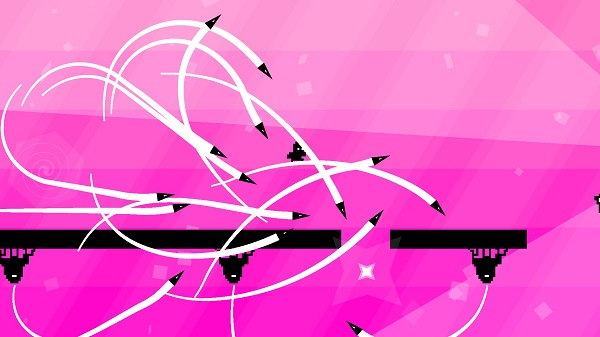 But modern games and difficulty don’t have as happy a marriage, mostly because there are so many different kinds of games nowadays. Aside from the aforementioned Dark Souls, many of the more difficult experiences have emerged from games with more retro-inspired designs. Independent games specifically have embraced the classic game mantra of more honed design, while bringing the old-school difficulty along for the ride. Super Meat Boy, Electronic Super Joy, and Angry Video Game Adventures were all indie platformers with retro-inspired graphics and design, along with absurdly high difficulty levels. In congruency with classic, super-difficult tradition, the games retained that pure, no-frills challenge and were widely praised for it. In addition, games like Ninja Gaiden (the 2004 Xbox reboot of the NES franchise) and fresh seventh-gen IP Demon’s Souls (the first in the “Souls” franchise) kept the purity of challenge intact with their embrace of their super-hard NES history and permadeath functionality respectively. Both cranked up their difficulty to absurd levels, even in the comparatively tame gaming market, but were met with plenty of critical acclaim.

But at the same time, games were downgrading their difficulty, with partial citation going toward the expanse of the gaming medium as a storytelling mechanism. Default game difficulties became remarkably more laid-back, with long-tread series like The Legend of Zelda toning down the difficulty considerably in games like Wind Waker on Gamecube. The seventh gen also brought about more artistically focused games like Brothers: A Tale of Two Sons and The Unfinished Swan, both games that almost never provided a teeth-clenching challenge, investing more of their energy toward aesthetic design and narrative/philosophical purpose. The games rarely treated themselves with the typical “win-lose” difficulty ideology.

With all of this in mind, video game difficulty appears to be reaching for two extremes on opposite sides of the spectrum. While games like Dark Souls are attempting to enhance difficulty to previously unheard of levels (while also providing substantial reward), games like Brothers: A Tale of Two Sons limit difficulty in an effort to progress their narrative and show it without distraction. The irony stands that both sides have earned remarkable praise for their respective extremity. This tug-o-war leaves the average of difficulty more in the middle than anything, but with mainstream success comes more people to please. The audience is still growing, and with so many demographics to address, designers tend to take the safer path, making a game slightly less difficult to satisfy a wider crowd. The continued irony is that this median is rarely given any significant praise; the best examples of extreme difficulty and the best examples of unintrusive difficulty are usually given higher regard than something that plays it safe in the average.

So why is that? Why are we so drawn to games that tip the difficulty scale one way or another? While the games that use these opposing philosophies are so incredibly varied, it’s become clear that gamers, whether mechanically driven or conceptually driven, like to see something unique and off-balance. Many gamers are starved for variety; very rarely are we as a community satisfied with the status quo. Seeing a game push difficulty to a thick or thin extreme gives us notice that the difficulty curve is askew, and that the basic expectation isn’t meant to be. Dark Souls, for all its frustration, provides an unprecedented reward after completing a torturous challenge. Being given the same reward from a lower difficulty borders on absurd indulgence, where we’re being over-provided instead of trusted with gaming skills. Comparatively, Brothers: A Tale of Two Sons attempts to provide a rich narrative, one that would be interrupted considerably if the difficulty curve was too steep. It shows that difficulty is a more “game-related” concept. While a game like Brothers: A Tale of Two Sons tones the difficulty down in favor of delivering a story in the ideal manner, it sacrifices much of its mechanical fortitude to do so, especially when compared to a game like Dark Souls, which uses its “game” components to provide a strong difficulty. Difficulty and the lack thereof really aren’t the two sides of the spectrum; instead, it’s difficulty and narrative. 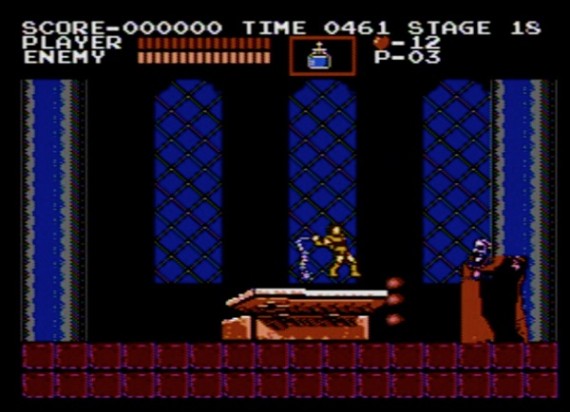 Think about it: the games that normally bring the most challenge are ones that rarely emphasize story. Super Meat Boy, Ninja Gaiden II, they all have the game itself in mind the most. While you could argue that the Souls series has an overarching story, compared to the gameplay and design itself, it’s hardly the defining factor of the franchise. Interestingly enough, the more contemporarily difficult games like Ninja Gaiden and Ikaruga are usually ones with retro-inspired design, and older games from the NES era like Contra and Castlevania didn’t have much opportunity to establish a narrative. Due to limited technological space, game design had to do most of the work to carry a game’s appeal, even if it meant keeping difficulty high to expand the game’s lifespan. Expanding upon a story demands considerable amounts of immersion, which is usually driven by technical performance and art design, which was harder to achieve on the NES. Nowadays, narrative is a much more important tool, since we now have the technology to express emotive artistic messages less cryptically, but in pioneering new ways to tell stories in gaming, we’re seeing the mechanics suffer and the difficulty along with them. Some story-driven games don’t offer penalty for dying and some oust the whole death concept altogether, all to keep the narrative message going forward. While there are a few outliers like Naughty Dog’s The Last of Us, difficulty and narrative are in a constant fistfight. It’s very hard to find one flourish without the other taking a hit. 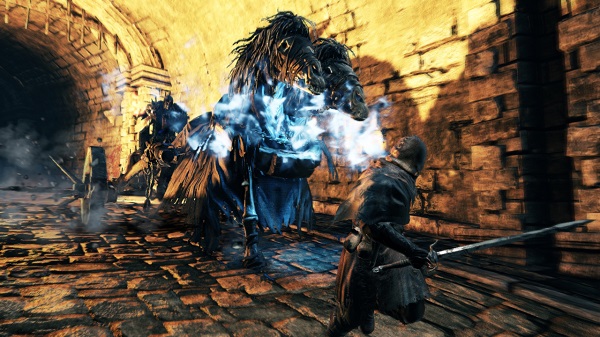 So we as gamers are given a choice: do you prefer your game to embrace difficulty, but neglect narrative, or vice versa? Both have their pros and cons. Those that embrace both equally are usually games that prove uninteresting or bland, similar to the “jack of all trades, master of none” argument. More memorable and satisfying games are ones that tip the scale and provide a sense of dynamic imbalance between their mechanics and setting. We’re seeing a steady embrace of difficulty with the success of the Souls series, but we’re also seeing games flourish artistically with narrative prominence. There really isn’t any right answer here, and it really comes down to how you want to play. With the gaming world branching onto new paths everyday, who knows what side will prove the more prominent down the line?

So what’s your preference: difficulty or narrative? Let us know in the comments below!