The tentatively titled Quest is an upcoming game by the one-man team at Ensomniac Studios. It’s a side-scrolling runner inspired by Temple Run. Instead of just running forward and swiping to either direction you will also have to destroy enemies and obstacles. Each level is randomly generated so you’re never playing the same thing twice. The point of the game is to finish each level with some amount of coins because if you run out, you’ll die. Keep running as far as you can without losing any. Eventually, the levels will become more difficult as your speed increases. There is also a trading post to purchase power ups and additional items. 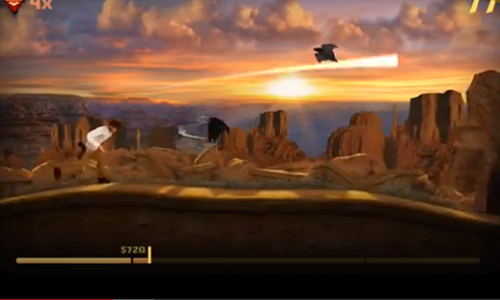 The game’s name could change during production but is scheduled to be released this year. Visit Touch Arcade to watch gameplay footage and listen to their interview with creator Ryan Martin.