I need to repeat this again, but Castlevania: Lords of Shadow 2 was a profound disappointment and a downright terrible video game, with a design so incoherent that by the time the credits rolled following the bland finale, the first thought that came to mind was “This game should have been cancelled.” Now I can say without a shadow of a doubt that I agree with Steve’s scathing — but true — review of the game.  Not that I didn’t believe him in the first place (when a man references Vampire Rain in a Castlevania review, you know he really bloody means it), if anything those of you who are avoiding the game altogether on the basis of that review are wise people. As for me, forcing myself to play Lords of Shadow 2 was one of things I felt I was obligated to do, not just as a fellow game critic, but as a longtime die-hard fan of the series since the very day I played that still excellent NES 1987 debut. I felt that I had to experience Lords of Shadow 2 for myself and find an answer. The answer was obvious the moment I started playing the game, but I needed to see it through till the end in order to really reaffirm my disdain for the travesty that Mercury Steam brewed up.

The game is unquestionably as bad as our review at Hardcore Gamer claims, and this is the gospel truth coming from someone who actually enjoyed panned entries like Lament of Innocence and Curse of Darkness. Lords of Shadow 2 is far worse than both those two so-called disappointing games combined. With the original Lords of Shadow, Mercury Steam created a modern day classic that truly honored the Castlevania name and legacy. In fact, I would rate that game as one of my top ten of the entire last generation. Then came Mirror of Fate, a heartfelt homage to classic 2D Castlevania with that ingenious Metroidvania design fused in for good measure. The level design in Mirror of Fate is up there with the best that the series has to offer. 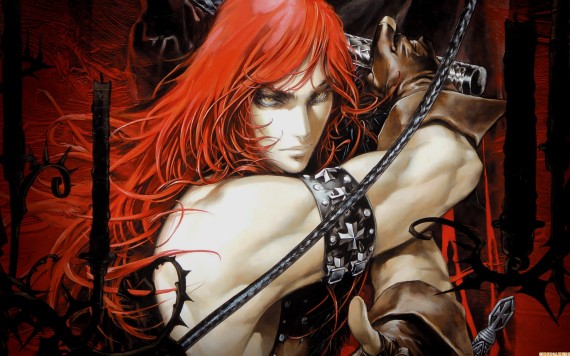 Mercury Steam were quickly rising to stardom, and with the Lords of Shadow 2 everyone expected a grand finale that would cement the Lords of Shadow trilogy as one of gaming’s greats. That didn’t happen, instead Mercury Steam wrapped it up on a highly sour note . What went went wrong? Why did the game end up being so bad? Well, the apparent rumors surrounding the game’s nightmare development process may indeed have truth to them. What a shame.

With the Lords of Shadow series done and dusted, the next logical step would be to give the series back to its original team that did such an excellent job with the Castlevania releases on Game Boy Advance and Nintendo DS. This talented team was head by Koji Igarashi, whose involvement with the series dates as far back as Rondo of Blood but became most notable for his involvement with the classic Symphony of the Night (personally, it’s not among my favorites). While some may argue that he gets too much credit for Symphony of the Night, it doesn’t change the excellent work he did with the handheld entries on the Game Boy Advance and DS, in particular the trilogy of games for the DS are perhaps among the crown jewels of that system’s highly impressive library.

His efforts in translating the experience to 3D, in the form of Lament of Innocence and Curse of Darkness, may have met limited success but to me personally they were very enjoyable and playable games, far more than the travesty that Lords of Shadow 2 offered. Now get me wrong, Igarashi is far from being a saint, after all his questionable attitude towards the excellent Circle of the Moon invokes resentment from many fans such as myself, and not to mention he did give us the atrocious spin-off Castlevania Judgement. But to give the devil his due, he consistently delivered when it really mattered.

I figured that despite the recent disasters, Koji Igarashi would pick up the franchise again and business would resume as per usual. I was already salivating at the thought of potential games for the 3DS, but in the same month where Lords of Shadow 2 tarnished the Castlevania brand big time, the series would suffer another blow… for its potential savior and redeemer has left the building. That’s right folks, IGN recently revealed that as of 15 March, 2014, Koji Igarashi is no longer working for Konami. This is what former Castlevania producer had to say to IGN:

“I’ve decided to break out on my own to have the freedom to make the kind of games I really want to make — the same kind I think fans of my past games want as well, leaving Konami was a big decision, and not one I took lightly – I’ve spent my entire career there, made many friends, and had a lot of great opportunities – but I hope all the gamers and fans who have supported me in the past will join me in being excited about what comes next. Wish me luck!”

There you have it folks, the modern day Mr. Castlevania himself has now moved on to greener pastures, daringly taking his wealth of knowledge and experience, and investing it in an all new independent venture. It wouldn’t be the first time we’ve witnessed something like this in this industry and it certainly won’t be the last, Hironobu Sakaguchi took a leap of faith when he left behind everything he created in Square-Enix to form Mistwalker, and more recently the man behind Mega Man, Keiji Inafune, left Capcom and continues to honor the spirit of The Blue Bomber with upcoming games like Mighty N0.9 and Gunvolt. Perhaps Koji  Igarashi will give us a spiritual successor to Castlevania? Well whatever he decides to develop, I am looking forward to it.

What does this mean for the future of Castlevania? Your guess is as good as mine, and maybe I am sensationalizing things a bit here but the future doesn’t look to bright between Mercury Steam’s screw-up and Igarashi parting ways with both the series and the company. One can only hope that Konami doesn’t end up treating the legendary franchise the same way Capcom is treating Mega Man right now. That’s the worst case scenario of course, but it will be interesting to see who rises to the occasion once Mercury Steam is done churning out DLC episodes for Lords of Shadow 2.

As for Koji Igarashi, further to the announcement of his departure on IGN it’s also confirmed that he will be participating in the Game Developers Conference 2014, where he will be presenting on 21 March, 2014. The presentation is titled “There and Back Again: Koji Igarashi’s Metroivania Tale”.

As for you, Castlevania, my beloved… I hope to see you again stronger than ever.