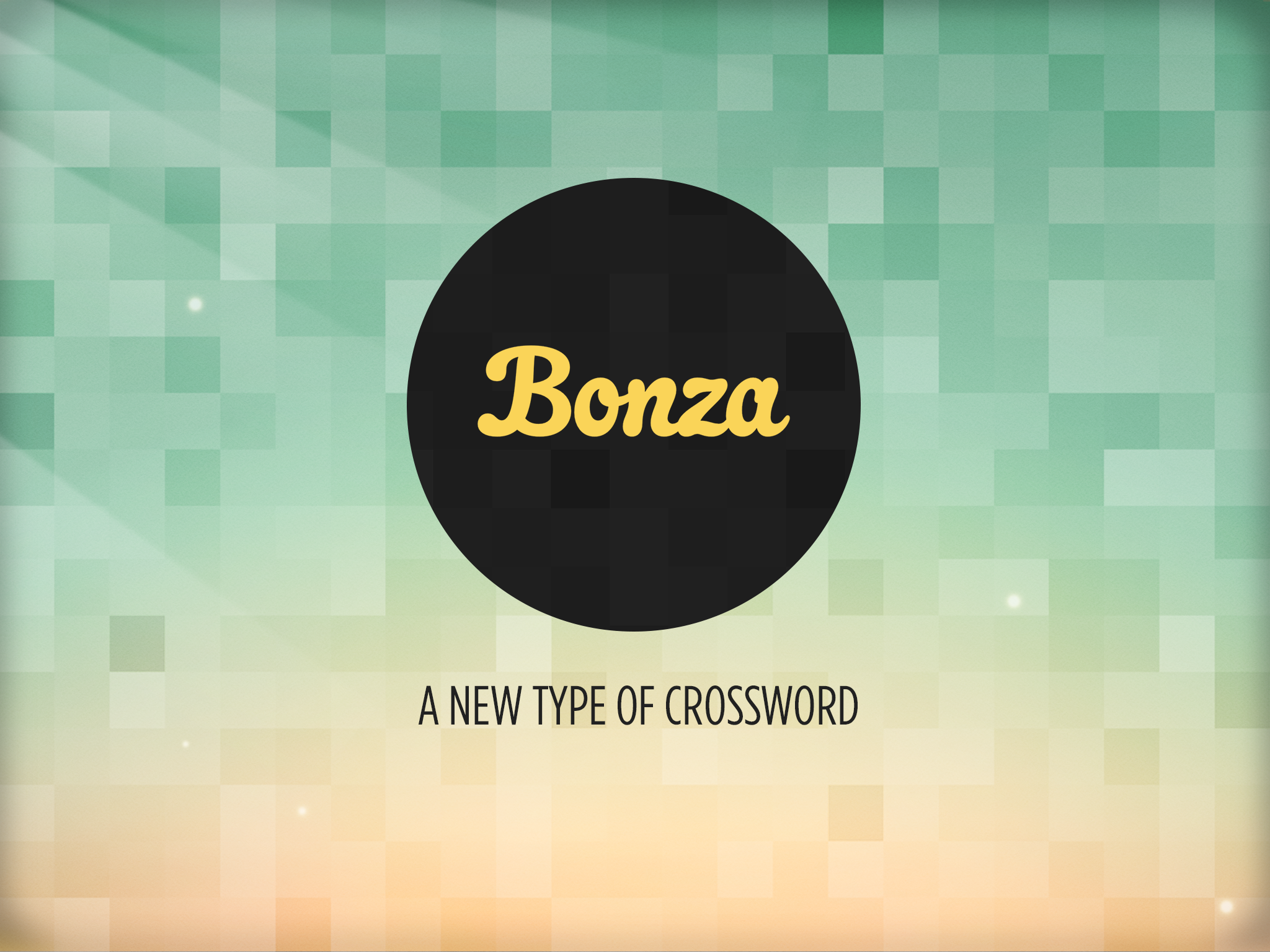 In our generation, crossword puzzles were quite the phenomenon in early schooling, and for our elders, an activity to pass the time between commercials, waiting to be seen by doctors and at bus stops. The tradition of interaction was always the same: boxes were particularly arranged, word banks were more or less included, the topics were considerably easy to handle and if you ever had any trouble or became stumped, calling a friend over the phone was a last resort if you knew that they were tackling the same puzzle.

So, what happens when you introduce a new crossword game that breaks that very tradition? The answer is Bonza Word Puzzle, an iOS and Android title created by Australian indie developers at MiniMega and a non-traditional crossword game that pits puzzle solvers face to face with the task of taking rearranged letter boxes and linking them together as if they were alphabet soup.

The challenge that Bonza offers lie within clues that give players an idea of possible words that might be found given the format and number of letter boxes provided. The subject of these clues are diverse, ranging from pop culture references and worldwide happenings to simple everyday ‘things.’ ‘Things with buttons,’ ‘things you can waste,’ and so on. One word clues and one word clues with only the first letter of the word shown are also a part of the many challenging clues presented. 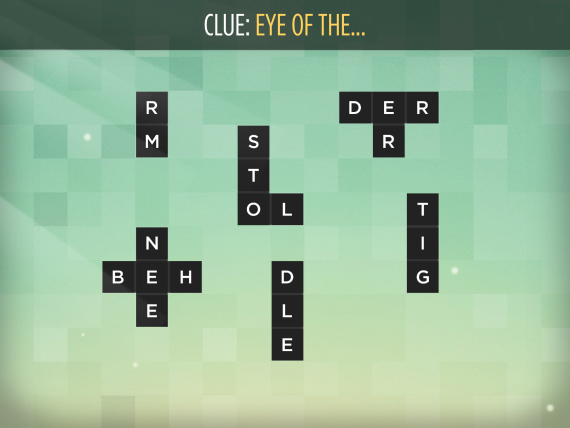 With the Starter pack, players will start with 10 fairly simple and easy clues to get them going. The difficulty, however,  will drastically increase once they venture out onto the other packs that contain 30 or more clue levels.  Players are rewarded with a myriad of coins after solving each puzzle and these gold star coins can be used in exchange for hints that reveal a word on the plane. Though players will find that this method is detrimental to the experience. More on that later.

MinMega really cashed in on making a game that was fit for everyone, which is why Bonza looks and feels like a game that anyone can jump right into. The beautifully subtle, colorful design scheme is genius and it’s controls are a great welcome mat for the casual audience.   The background for each puzzle pack are represented by different colors and glow brightly, especially on bigger screens such as the iPad. The snap sound effect that the boxes make when you form a word is fulfilling, and the touch and drag mechanism definitely reinforces the ease of play.

The music, however, can be a bit distracting at times and is really the only lacking element in the game’s presentation. It’s been tested that sooth, tranquil background music can help with concentration, just as the same could help a person overcome a fear of flying in an airplane. That doesn’t seem to be the case with Bonza.

Each pack comes with totally different music themes that resemble the layout design perfectly, but they annoyingly loop throughout your entire play. I found myself turning down the volume or just shutting off the extra noise completely whenever I became delved in trying to solve what at first seemed to be an impossible puzzle. Turning it off did help me finish it. Aside from the plus and minus buttons on your device, the game comes with the option to turn off both the sound effects and the music. 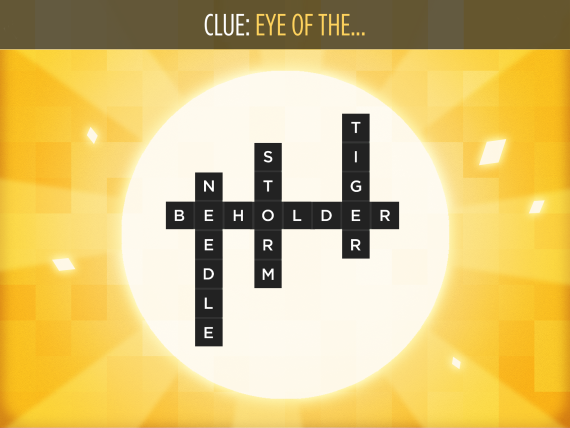 Indeed, Bonza is easy to learn but as always the case with brain busting puzzles games, it’s hard to master. There is a huge spike in difficulty once players enter into the other packs. The more letter boxes that are on the field, the harder it will be to sniff out words with a simple, seemingly feasible clues like  ‘Scuba.’ Finding the first words are usually the initial tracks that get the train going; once you arrange the boxes to find the first word, you eventually find them all. Wordsmiths and crossword guru’s might not feel it, but everyone else who isn’t great at finding words out of mixed match letters are going to have their patience heavily tested.

MiniMega isn’t done there. They’ve also done a great job of knowing that people will rage quit and want some more hints to solve a particular puzzle, which are priced at 50 gold points a piece. With 250 coins at $o.99, 550 at $1.99, 1500 at $4.99 and 3250 for $9.99, paying to win is an option that some may be forced to choose when their curiosity and tolerance run thin. The combination of the difficulty spike and the pay-to-win scheme not only shatters the quality of it’s replayability, it’s comes off as off-putting. Even if its a fine method for the indie developers to get their money’s worth out for their creation, Bonza shouldn’t be a play to win game, especially if it branches off of a small cornered section of daily newspapers.

It should be worth noting that there are some alternative ways to gain access to more coins if solving the puzzle and shelling out dollars isn’t an option. In exchange for 25 gold star coins, players have the choice of liking the Bonza Facebook page, following the Bonza Twitter page or sending a link to the game to a friend via e-mail. That’s a solid 75 for all three, and you can only do all three of these alternative gold snatching methods one time and one time only.

There’s also no evidence of a save feature, something that the paper version of crossword puzzles had. Say you’re stuck on a level in the third pack. You’ve successfully arranged  a few words together based on the clues given, but you can’t figure out the rest. Too many blocks sprawled out and using any of the gold stars is out of the question, you say. So, you decide to close the app and start it up later hoping that whatever you solved so far is saved. Bad news! it isn’t. The words for each level stay the same, which is great for those who are able to instantly recall what they’ve done before. However, for those who don’t have super-powered memory will be saddened to find that they have to start the level over from the beginning.

Don’t get it twisted. Bonza possesses a simplistic, charming and enchanting aesthetic and offers a satisfying feel of accomplishment with each level and all 30 packs solved. Like it’s paper counterpart, players are able to pick it up and play during those much needed ‘bypass the time’ moments. The major gripe to be had is that the game utilizes a coin system that not only can be won by completing a level, but they can also be bought if players grow tired of trying to figure it out, and thus hindering the occurrence besting a crossword puzzle. 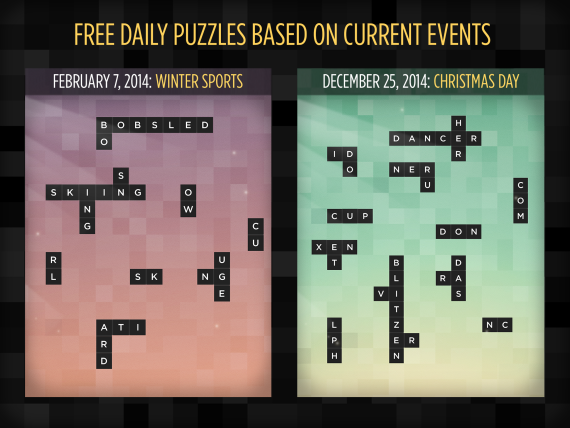 Bonza Word Puzzle banks on the lack of patience from its consumers, especially since they hike the difficulty a tad early on after new crossword solvers have gotten used to how the game works. Compound that with the annoying fact that you can’t save your progress at all? That’s just a big no-no for every game platform. MiniMega dubs Bonza as ‘the new type of crossword,’ but its sly antics to goad players into paying to win will keep the game from being the best type of crossword game on GooglePlay or the AppStore. After all, there are plenty of crossword puzzles to download for free on mobile devices that are far better than this. Or you know, there’s always the crossword section of the local newspaper.