During the ongoing days at the GDC event, we happened to get an exclusive unveiling of Focus Interactive’s newest game entitled Act of Aggression, a real-time strategy game that branches from the fairly popular Act of War PC game that launched in early 2005.

Developed by Eugen Systems, Act of Aggression aims to excel in preserving the roots of RTS mechanisms while keeping in tune with how they apply a new storyline — one that is set two decades into the future as players take on the role of a group of super soldiers organized by select members of the United Nations. 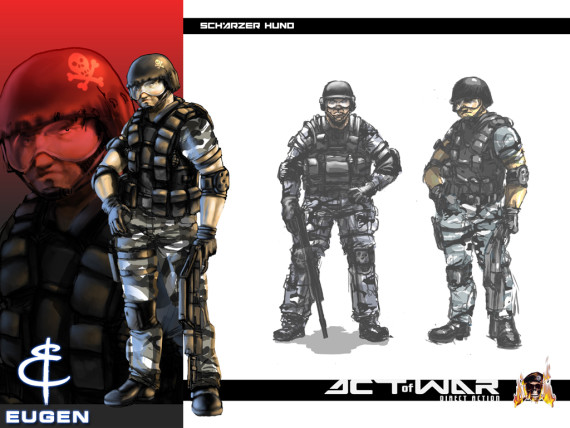 Artwork from the original Act of War

“During the solo campaign, the player will be a head of a special unit Tererra and these special units are under UN command and formed by personnel that come from the different country members from the UN. Nobody knows about other than few of the UN members,” said Eugen Systems’ Co-Founder and Chief Executive Alexis Le Dressay.

Aside from the storyline, the developer’s main mission with Act of Aggression is what their fans truly want out of the RTS gameplay experience. Le Dressay emphasized on the player’s ability to build their bases and says that their composition will be a key part in the game’s structure.

“When building the base, you’ll have a lot of slots that you can max out and be able to have a really big base, and not just a bunch of scattered buildings with no meaning,” Le Dressay said.

“We want the player to build a lot of bases so they can utilize a lot of the resources that they gather to their advantage when facing enemies.”

Focus Interactive and Eugen systems have yet to reveal a solid release date for the game, presumably as its development is ongoing, but both guarantee that they’ll be dropping it soon.