Some of the best games of the last five years are climactic treks through fantasy worlds or adrenaline-drenched firefights atop expansive war fields. These games have been widely regarded as poignant examples of design, presentation and popularity, ways to sell systems and define their respective generations. They have earned the title of “AAA.” But among this sea of military shooters, adventurous expeditions, and fantastic journeys across metropolises, AAA games have steadily become purely serious affairs. They are emotionally gripping and tension building, but they rarely offer a legitimate, effort-infused laugh. It comes down to this: AAA games just aren’t funny anymore and that’s a serious problem.

Humor in games isn’t anything too new, and for a while, they weren’t anything too rare either. Some of the best examples of true comedy in video games appeared long ago from classic PC games, many of which were created by comic master Tim Schafer. LucasArts released a number of witty and exceptionally articulated examples of humor like The Secret of Monkey Island, Maniac Mansion: Day of the Tentacle and Grim Fandango. Even to this day these games are widely regarded as some of the funniest games of all time, earning Tim Schafer widespread recognition in alternative presentation in games. Behind the epic JRPG’s and grizzly shooters, Schafer would turn the genre on its head, poking fun at gaming tropes and developing clever, intelligently constructed writing. While Schafer is frequently referenced as a genius in gaming humor, there are other video games that drew a lot of their appeal from their humorous writing and presentation. Conker’s Bad Fur Day on Nintendo 64 remains a scatological joyride from Rareware, who took mature humor to a whole ‘nother level, while the bizarre live-action appearances in the Command and Conquer series perverted war-based real-time strategy brilliantly. Making a game funny was not easy, but the examples of true humor in gaming were amazing ones that made the medium into something special. 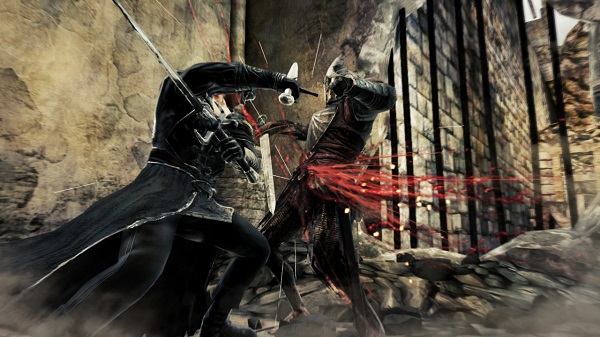 But in this modern age of cinematic cutscenes and over-the-top setpieces in AAA games, humor has become criminally neglected. The most prolific releases of the last few years have stood tall and proud of their serious nature, embracing drama and action, rarely ever offering a slickly produced joke. Look at The Last of Us, a serious and dark look at survival, one that would make laughing a very uncomfortable experience. Look at Dark Souls, a tough-as-nails game that challenges the player so much that laughing could displace your focus in its difficult progression. Look at Uncharted 2: Among Thieves; sure, Nathan Drake cracks a few zingers to his companions, but they’re more just tension-breakers, not ingeniously produced jokes that display quality humor. Drama and thick atmosphere have engulfed AAA games; from Bioshock to Final Fantasy XIII, these high-profile releases are scared to death of laughing at themselves. With the brief exceptions of games like Saints Row IV or Borderlands 2, it’s all business and no messing around for high-profile, widely publicized releases (though those two games aren’t necessarily considered “AAA”).

So where did the humor go? It went to the indies. All of the best examples of humor over the last three or four years have come from studios rooted in independent development. These smaller studios have embraced the idea of tweaking game presentation. The Stanley Parable may have been praised the most for its alternative approach to game design, but sarcasm-laden writing made the experimental gem a real card. Double Dragon Neon poked fun at everything from the 80’s, from hair metal flair to He-Man: Masters of the Universe. Surgeon Simulator 2013 intentionally made its controls unwieldy and finicky, all to promote its ridiculous concept. Even Valve’s own Portal had this indie humor fundamental in its system. Despite being from a major game developer, Portal was presented as a side-note to Half-Life 2 on The Orange Box, ultimately being praised for its witty dialogue enough to earn a major sequel in Portal 2. It was never intended to be a AAA series, so it got the same caring treatment an indie dev would to their own funny game. Maybe it’s because they’re smaller and have no big-name publishers to please. Maybe it’s because they’re made up of creative visionaries who don’t accept mainstream trends. But regardless of the reason, the indies have made humor a big part of their games’ appeal, even when the AAA devs turn humor away at nearly every turn. 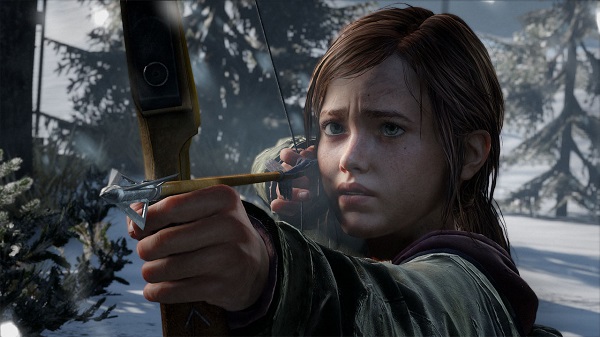 But why is this? Why are AAA developers so terrified of cracking a smile and loosening up? Maybe it’s because the mainstream gaming audience demand tactile action in their games. The success of first-person shooter franchises like Call of Duty, Halo and Battlefield has made action a big part of the games’ appeal. They’ve pushed polygons and worked hardware with stunning spectacle and intensity; action is the best way to show a game’s technical power, while a clever joke can be made on even the most basic machine. The mainstream gamer wants to see something exciting in their AAA game, since it represents the platform’s power itself. Also, games thick with emotion like The Last of Us or Beyond: Two Souls like to show drama in its best form. Jokes, in a way, can act as distractions, ways to divert attention away from the beads of sweat on a hero’s forehead or blood seeping from an open wound. Laughter isn’t something that demands cinematic precision, since it’s light-hearted, joyous and active. Tension disappears, so the opportunity for deep moments of presentation-based intensity isn’t as prominent.

And really, while fear and sorrow are (for the most part) understood commonly and universally, humor is not something that everyone can process in the same way. There are so many different kinds of humor, so many genres and subgenres of comedy, that not everyone will find a single joke funny. For example, Conker’s Bad Fur Day uses toilet humor as its most noticeable form of comedy, with its poop jokes, gratuitous violence and lax attitude on profanity. Double Dragon Neon uses parody as its humor strength, with goofy satire and pop culture references from the 1980’s. Portal uses sharp-tongued dialogue, a witty, almost Monty Python-esque delivery with its main antagonist GlaDOS and her constant insults through the loudspeakers. As you can probably assume, there’s no one right way to make good humor. Some people might yuck it up with Portal, but never crack a smile at Double Dragon Neon. This diverse range of responses makes appealing to a wider, mainstream audience very difficult. When there are so many people to appeal to, each with a different perception on what is funny, nailing that humor is more than likely going to be a hit-or-miss affair. It’s better to just impact their emotions in a more collectively appealing way. We all get a sense of excitement when Nathan Drake is hanging from a cliff-side train or a sense of adrenaline when gunning down enemy soldiers in Call of Duty.

So can AAA games stop being serious and still retain a mainstream audience? I honestly think so. While gamers inherently desire a form of exciting action, we as a community are steadily becoming more multi-faceted in how we play our games. Games featuring iconic characters like Mario are complimented with hilarious writing in games like Paper Mario: The Thousand Year Door, while Portal is growing beyond its hardcore roots and becoming a widely recognized series to non-gamers. Hell, even the stonewall-serious David Cage has shown signs of goofy humor with his PS4 tech demo for The Dark Sorcerer. There are ways to make something funny while not making it niche; it really depends on how the humor is presented. Right now, though, the AAA industry is in a humor-drained condition and it’s showing major releases that are drained of personality. Seriousness has a place in many games, but with so many examples of “all business” titles appearing as system sellers for consoles, it’s become almost uncomfortable to watch.

AAA developers, there are ways to make a game funny without abandoning your success. It’s there. You just need to loosen up and laugh a little to find it.