Across the history of licensed video games, those based on television shows haven’t been nearly as ubiquitous as those based on movies. Despite the fact that the episodic and more long-form nature of TV presents an arguably easier transition to games, TV show games aren’t all that common. Of course, the recently released South Park: The Stick of Truth is probably the most high profile TV show game of all time, not to mention one of the best received by both fans and critics. In honor of The Stick of Truth, let’s look back at some of the more notable games based on TV shows, and maybe do a little bit of wishful thinking about shows that have all the makings of a great video game adaptation, but haven’t yet been given a chance.

The Stick of Truth may be the most recent and undoubtedly the best South Park game, but it is by no means the first. Across the history of the show there have been many video game adaptations, and up until The Stick of Truth they have ranged from merely passable to downright terrible. The first South Park game was simply titled South Park, a first person shooter originally released on the N64. Setting aside the fact that pretty much all the shooters on the N64 have aged poorly, South Park didn’t even match the standard of quality established by other shooters on the system. Others games of the era were the bizarre trivia game Chef’s Love Shack and the poor Mario Kart clone South Park Rally, neither of which were all that great.

After about a decade hiatus there were two more South Park games, the decent tower defense game South Park: Let’s Go Tower Defense Play!, and the dull platformer South Park: Tenorman’s Revenge, both of which were released on Xbox Live Arcade. The catalog of South Park based games is a perfect exemplification of the difference between a great licensed game and the typical shovelware most licensed games can be categorized as. The Stick of Truth shows how great a licensed game can be when the original creators are heavily involved and development is handled by a talented studio. The other South Park games are quite the opposite, and are of the expected poor quality when a property is simply handed off to the highest bidder and a game is quickly cranked out. 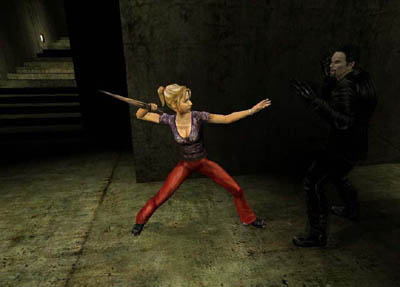 Both games were unlike most licensed games, TV or otherwise, in that they showed great respect for the source material. Each game was presented as sort of a lost episode, telling a story set in a very specific point in the chronology of the show and taking care to respect the status of the characters and overall world during the time they were set. The style and tone of the show was on full display, and the writing was consistent with what fans were familiar with. All the internal logic of the series was adhered to, and the gameplay fit well with the action as it was portrayed on the show. As far as third person brawlers go, these games weren’t the most complex or unique, but the combat was fluid, the presentation was great for the time, and the games even let you play as other characters where appropriate. These games are by no means classics, but they were fun romps for fans of the show, and among the few genuinely good TV show based games. 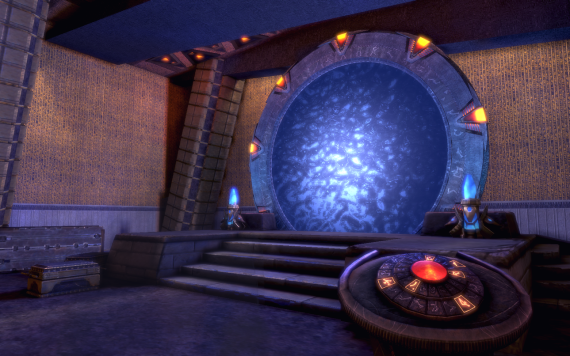 Stargate is a series I’ve long thought was just ripe for an excellent video game adaptation, but despite many attempts at doing so, it has just never really come together. The most notable Stargate game was Stargate SG-1: The Alliance, a first person shooter that was in development for Playstation 2, Xbox, and PC before being canceled in 2006. Of the several attempts at a Stargate game, The Alliance was probably the most ambitious, being targeted as a retail game for consoles that also saw the writers of the show working with the development team. Unfortunately, The Alliance wasn’t the only Stargate game to be canceled well into development, another being the MMO/third person shooter hybrid Stargate Worlds, which ceased development in 2010. One of the few notable Stargate games to actually make it to the public was the online only third person shooter Stargate Resistance, though it wasn’t particularly well received and the game’s servers were shut down less than a year after release.

Despite these many misfires, I still think Stargate offers a ton of potential for a great video game. With 17 seasons of material across three shows, a basic premise (squads of four exploring alien planets) serving as a perfect groundwork for a game, and a huge fictional universe with tons of established factions and races, Stargate is just begging to be made into a game. Whether that game be a squad based shooter, a space sim, or a grand Mass Effect style interstellar RPG, there isn’t much that wouldn’t work within this universe. Sadly, this is probably never going to happen, with no shows currently on the air and the repeated failures likely deterring any publisher or developer from going all out on a Stargate game again.

At least so far, the 2003 re-imagining of Battlestar Galactica is about the closest we’ve gotten to the science fiction equivalent of Game of Thrones from a production, tone, and quality standpoint. I didn’t like it as much as some, being a bit turned off by the religious aspects and the extremely poor and contrived ending, but I still can’t deny it’s a show with great video game potential. Unlike Stargate, there have been a few Battlestar Galactica games that actually made it to market, but the quality hasn’t been outstanding. The most well regarded game in the series is likely the 2003 PS2 game, though it was by no means a complete success. Getting mixed reviews, this space combat shooter simply titled Battlestar Galactica did a decent job of bringing the universe to life in game form, but was ultimately a middling gameplay experience. A few years later, another game simply titled Battlestar Galactica was released on PC and Xbox 360, this one a top down space shooter. Unlike the previous game, this one was pretty much universally panned.

The most significant game based on BSG is without a doubt Battlestar Galactica Online. The game is still active, though complaints with the perceived “pay to win” nature of the game are common. As with Stargate, I truly believe the potential exists for a great game based on Battlestar Galactica, but to this point that just hasn’t happened. With the focus the show placed on character interactions, a game that sports a strong mix of dialogue and action would be ideal, and across the entirety of the series there is plenty of opportunity for both space combat and on-foot action. Even something outside the events of the series itself could be interesting, with the untold stories of the first cylon war presenting a great opportunity for a game. Unfortunately, as with Stargate, the possibility of a publisher spending the money on an ambitious game based on a TV show that is no longer on the air doesn’t seem likely.

Over the years, there have been an absurd number of video games based on The Simpsons, and the quality has varied greatly. There are far too many games to list them all, but some of the more memorable early games include Bart vs. The Space Mutants and Bart vs. The World, both on the NES and both with some problems. Moving onto 16-bit territory there were games like Virtual Bart and Bart’s Nightmare, which I remember quite fondly as games I rented for the Genesis, but they aren’t actually all that great looking back. Probably The Simpsons game most people immediately think of is the The Simpson Arcade Game from Konami. It wasn’t much different from most of the other arcade brawlers of the era, but it was a good time with a group of friends.

More recently the series found success by shamelessly ripping off other popular games and adding a Simpsons twist. The Simpsons: Road Rage was pretty much a carbon copy of Crazy Taxi, but instead of driving the citizens of San Fransisco to Kentucky Fried Chicken and Pizza Hut with the sweet sounds of The Offspring playing (ya ya ya ya ya), you were driving the citizens of Springfield to the Kwik-E-Mart and Moe’s Tavern. A couple years later the series took a stab at another popular gaming franchise with The Simpsons: Hit and Run, which was among many Grand Theft Auto clones flooding the market around that time. Hit and Run set itself apart from the other GTA clones by being something other than an open world crime game and featuring plenty of that signature Simpsons humor. Being able to explore an open world version of Springfield was a real treat for fans of the show, and the game’s humor and solid gameplay make it one of the better TV show based games. 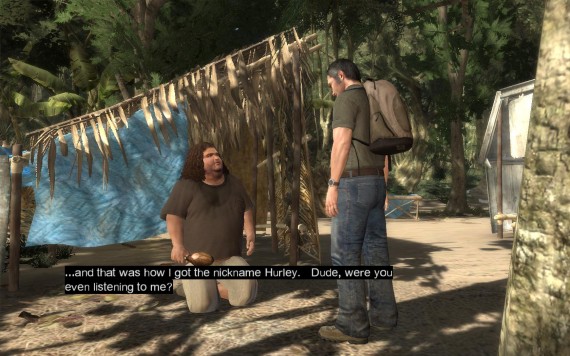 Based on the premise of the show, one wouldn’t think Lost has much potential for gameplay, but that didn’t stop Ubisoft from acquiring the license and churning out Lost: Via Domus back in 2008. Via Domus put players in control of a new character, an as yet unseen survivor of flight 815 that had his own adventures occurring concurrently with the first three seasons of the show. Utilizing flashbacks and taking you to all the memorable locations on the island, Via Domus did a decent job of evoking the feel of the show, the only problem was it just wasn’t very enjoyable. The gameplay consisted largely of “exploration” through extremely narrow paths within the jungle mixed with poorly designed puzzles. The visuals were dreadful for a generation seven game and the characters barely resembled who they were supposed to be, with horrendous looking models and hilariously bad sound-alike voice actors. Lost is a show that absolutely didn’t need a game, and despite a decent aping of the show’s presentation, Lost Via Domus was a pretty bad experience from start to finish.

There are certainly more games based on TV shows I didn’t get to, such as numerous Star Trek related games and a bunch of games based on popular animated shows, but we can’t cover everything. The next significant TV show based game on the horizon is Game of Thrones from Telltale, and that certainly has the potential to be a solid TV show based game, but beyond that who can really say. Hopefully The Stick of Truth will kick off a trend of quality television show based games, but in all likelihood the majority will still  be nothing more than quick cash-ins and many shows with great game potential will continue to get overlooked in the realm of games.