The endless runner genre is one that has gained a bit of popularity in recent years with games like Bit.Trip Runner, The Impossible Game, Jetpack Joyride, and Temple Run. However, most endless runners are designed for touch screen devices and typically feature simple graphics and little to no story. Wales Interactive, developers of Master Reboot, are aiming to offer a more hardcore take on this sort of reflex based running game with their upcoming title Infinity Runner.

Infinity Runner is a first person action-runner in a science fiction setting, featuring some horror elements as well. The game is set on a massive space ship, we’re talking the size of a nation with room for over a billion people massive. Called the Infinity, the ship was built as an ark of sorts, meant to travel the stars in search of a home for all of humanity. Consisting of thousands of square miles and a large diversity of locations, even housing an enormous forest, the Infinity is sure to be an awe inspiring location to traverse. Taking place sometime after the ship encountered an unknown horror, you play as a survivor in the decaying remains of this once majestic feat of technology. Utilizing the game’s running and combat mechanics, you must make your way through the ship and avoid the danger that lurks around every corner.

As of right now there isn’t much information about what the actual gameplay consists of other than the brief teaser trailer. Despite the lack of info, what we’ve seen so far seems quite interesting. With Master Reboot, Wales Interactive has proven that they are adept at crafting unique environments to explore, so hopefully that is something we can expect out of Infinity Runner as well. One thing is for sure, based purely on visual fidelity Infinity Runner is a major step up from Master Reboot, though we’ll have to see more before we really know if it is able to implement a unifying and thematically appropriate art style like was achieved in that game.

Gameplay wise, the trailer shows some glimpses of the running and a brief shot of the what looks like combat, but it’s really hard to a get sense of what that entails. Just based off this trailer, it’s hard not to get a Mirror’s Edge vibe, what with the first person running based gameplay. Based on that comparison, I think questions about how this sort of platformer-like gameplay will handle from a first person perspective are warranted, especially considering the problems Mirror’s Edge faced in that regard despite everything it did right. Though it does seem to share similarities to Mirror’s Edge, the tight corridors and what appears to reflex based obstacles certainly evoke comparisons to things like Temple Run. Anyone that has played Temple Run can attest to how addicting that game can be despite its simplicity, so the idea of infusing the addicting qualities of that type of game into a more mechanically deep title is an exciting notion. 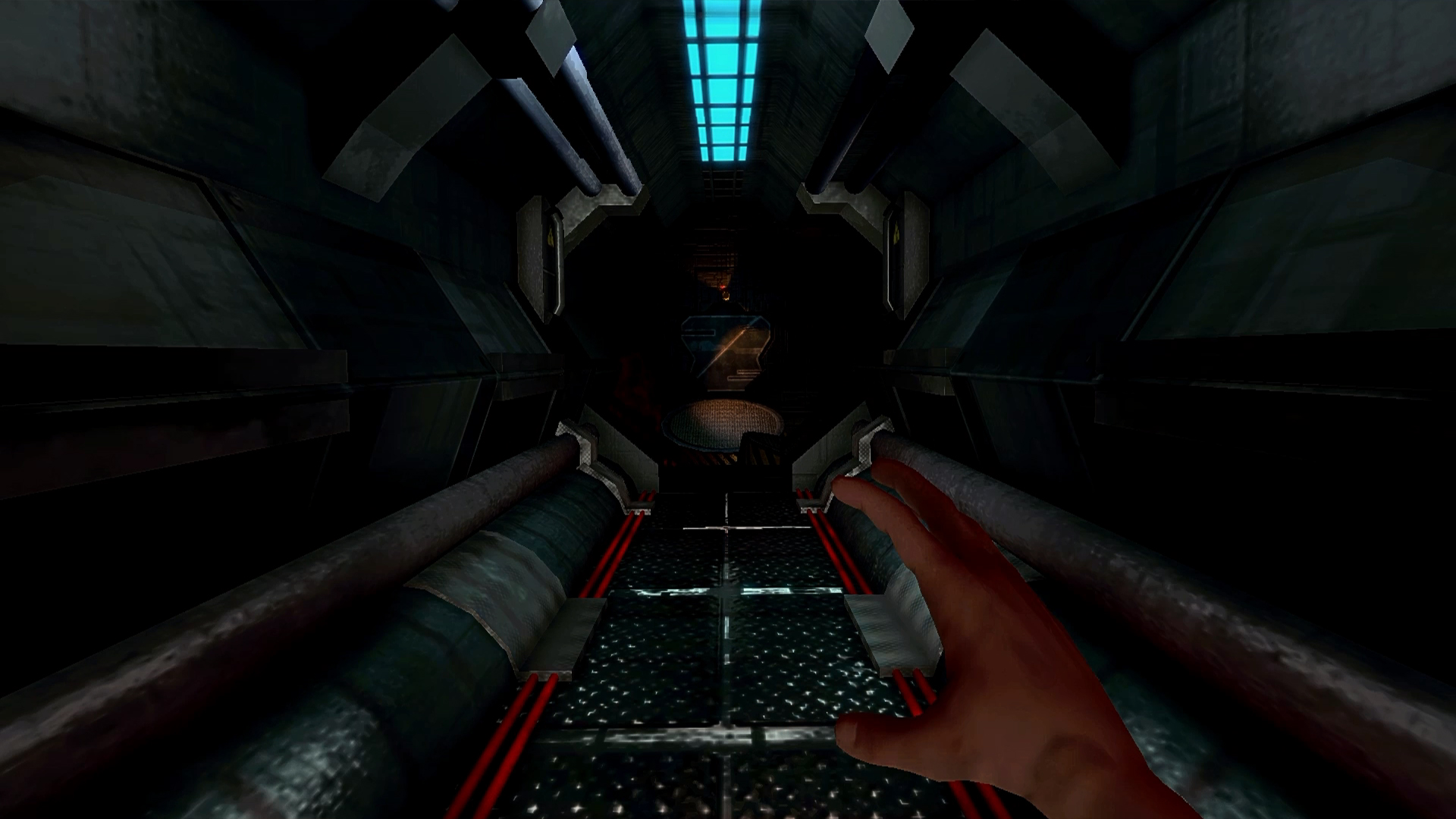 It’s hard to really get a sense of how Infinity Runner will turn out based solely on the information we have at this moment. Based on what we do know, it certainly has the potential to be, if nothing else, an interesting game. Implementing mechanics and themes from a variety of difference sources, it evokes things Mirror’s Edge, Temple Run, and Dead Space, though it isn’t really much like any one of those in particular. With nice visuals, an intriguing premise, some sort of multiplayer component, and even Oculus Rift support, Infinity Runner is one to keep an eye on as we approach its May release date for PC and PS3.