When the Amazon controller was revealed two weeks ago, it was clear that Amazon’s long-rumored Android micro-console was on the horizon. Today, those plans came to fruition with the announcement of the Amazon Fire TV. This device isn’t just an Android microconsole, it’s also a streaming set top box set to compete with Roku, Chromecast, and Apple TV. In a move that’s a bit like the Sega Saturn’s North American launch, it was announced today and it’s available to purchase as well.

Minecraft Pocket Edition, The Walking Dead, The Game of Life, Riptide GP 2, NBA 2K14, Crazy Taxi, Sev Zero, and Asphalt 8 Airborne are just some of the 100+ games available right now for it. You’ve likely heard of everything there except for Sev Zero, which is exclusive from Amazon Game Studios. Sev Zero is a sci-fi set third-person shooter/tower defense hybrid that only costs $7 and looks fantastic for an Android game. For a limited time, purchasing the controller gets you Sev Zero free and $10 in Amazon coins to spend on Kindle books, videos, or games. In order to play the games, you’ll need to use the Amazon controller, which will set you back $40. The controller’s silver button does act like a guide, and up to four controllers can be used at one time. The video-specific buttons will indeed be used for video playback, and won’t be used for gaming replays or live game streaming. 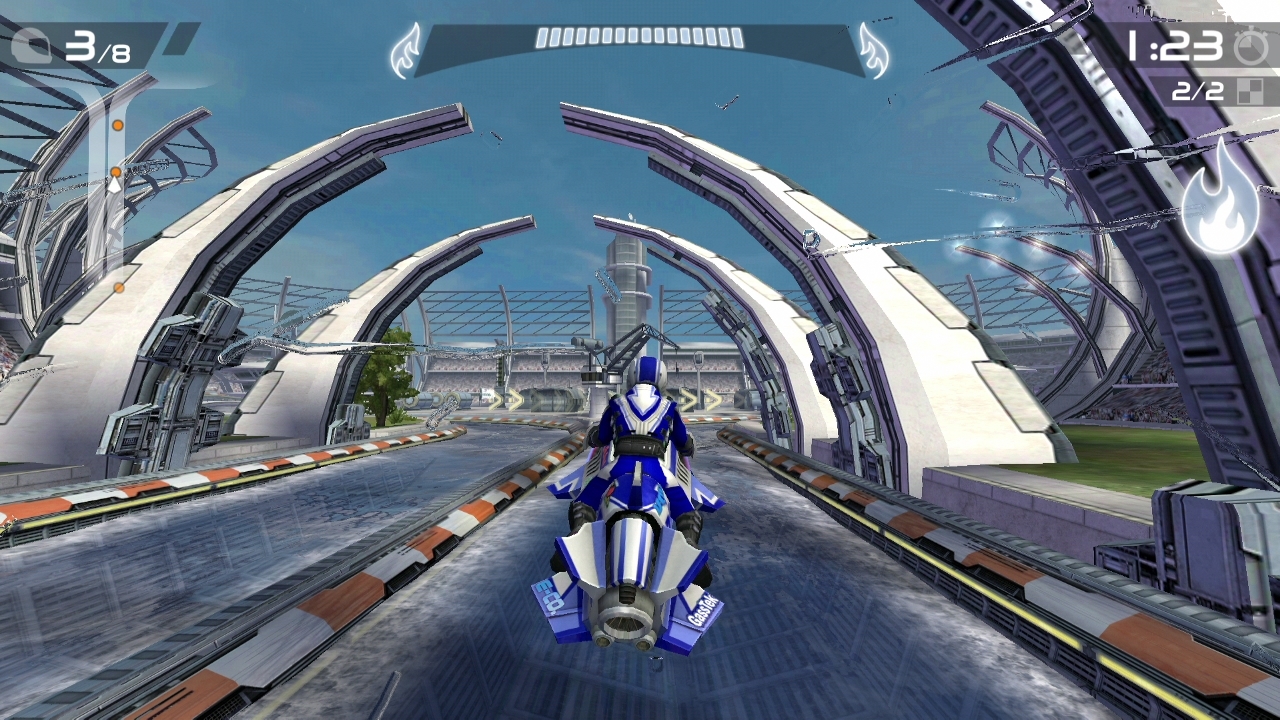 If you’ve been interested in a video streaming device, then this one offers up the best overall value, however, without the controller being packed it, it will be tough for it to lead any kind of Android microconsole revolution. At $40, the pad isn’t cheap, and if you want to get it for a family like the site video shows, then you’ll be spending an extra $120 just on controllers. Unlike the OUYA, this device seems to only support a proprietary controller. Interestingly, while the giant comparison chart shows the Fire TV blowing away Apple TV, the Roku 3, and the Chromecast, no comparisons to other Android microconsoles are made. Instead, they’re sticking with a comparison of video streaming devices to add a check mark to the box. As a result, the gaming aspect of things seems a bit tacked-on since it only takes up two rows  of a 22-row chart.

Sales figures should be very high initially, as they always are when Amazon announces new tech. However, it will be impossible to instantly equate those sales with Android console gaming gaining a lot of steam since a controller will need to be purchased for that feature to be enabled, and  it’s unlikely Amazon will trumpet those figures unless they’re really high. If they wind up 70% of people buying the pad, they’ll talk about it. Otherwise, they’ll stick with going with whatever figures show it trouncing its video streaming competition. It’s a shame the gaming support seems so unimportant in the chart, but the actual game selection is quite impressive. Some of the games available also run just fine sideloaded on the OUYA – like Crazy Taxi, BADLAND,  the Sonic games, and Virtua Tennis Challenge. The gaming-centric freebies on the Amazon appstore make a lot more sense with the announcement of the system today, anda number of games are free right now to celebrate the launch, including Deer Hunter 2014, Asphalt 8, Riptide GP 2, Reaper, Into the Dead, BADLAND, Dead Trigger 2, and the fantastic Brick Break Blitz. 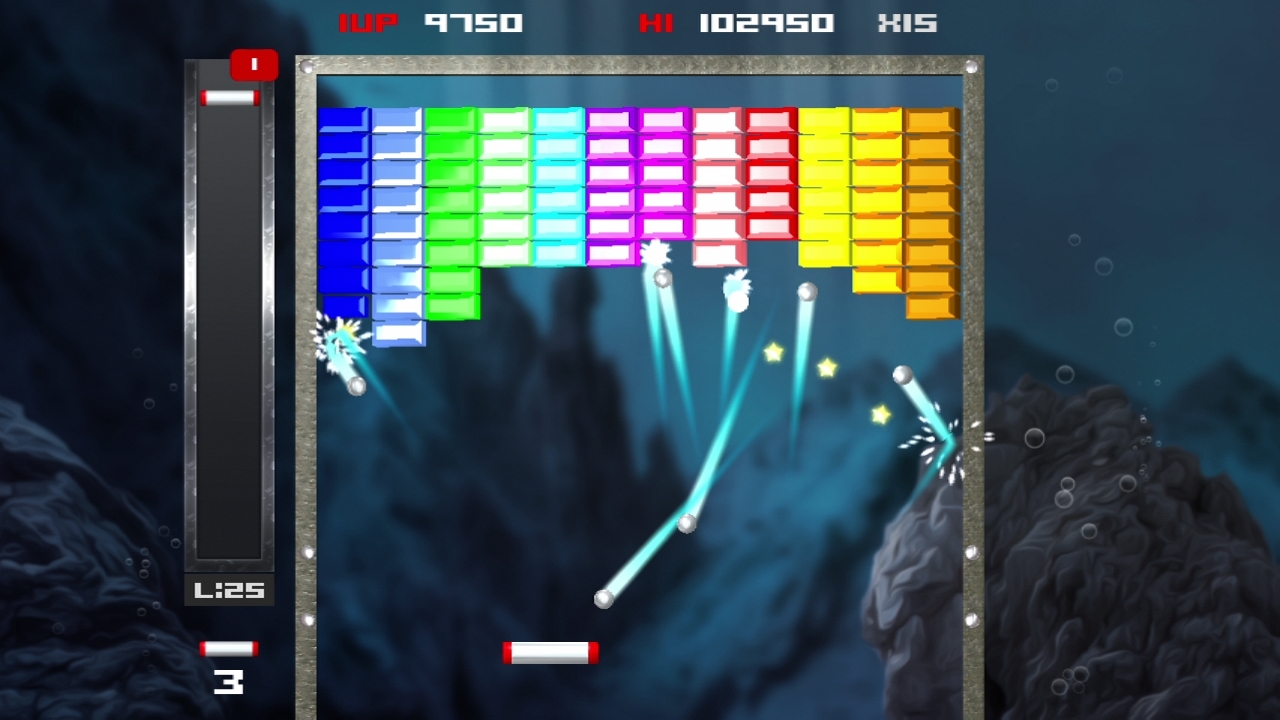 At $140 with a controller, the Amazon Fire TV looks like an excellent value if you’ve been interested in both a streaming device and an Android console. However, if you were planning to use this system for a bunch of emulators ala the OUYA, MOJO, or tablets, you’ll be in for a shock. There are no emulators available on the Fire TV games store. This shouldn’t be much of a surprise though, since they’ve never been available on the Kindle Fire appstore to begin with, and Amazon aiming their devices at the mainstream, it makes some sense to not include things like that involving questionable legality. The internal storage capacity is going to be a problem though, as they’re touting all of these high-spec games like Asphalt 8, Sev Zero, and Modern Combat 4 – but with only 8 GB of storage, you’ll run low on space very quickly.

The OUYA’s games rarely hit the 1 GB mark, and like any device, 8GB of storage doesn’t count things like the OS and pre-installed stuff, so the actual amount is going to be less. Cloud storage is supported for all Amazon content, which would presumably involve games, although that isn’t stated specifically on the device’s page. During a discussion with numerous Amazon customer support people, I was told that cloud storage for games would be included, although no details on how that would work for offline playback were stated. Presumably, it will be a bit like books on a Kindle Fire device, where you can have as many of them as you want in the cloud, but those stored for local use will count against the internal storage.  There is USB support built in, but support for USB hard drives or thumb drives  isn’t supported. 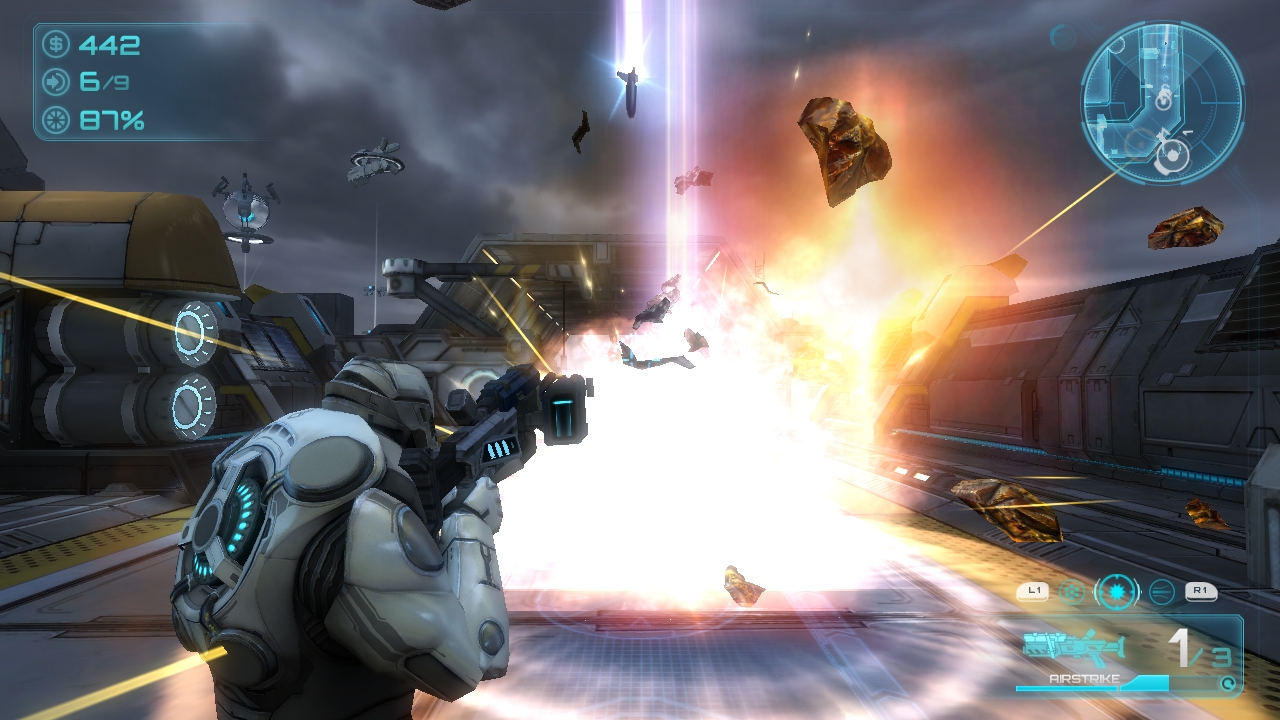 Hopefully, this can be patched-in later like it was on the OUYA. It took around a month after the launch, but USB storage was finally supported, and it led to an iffy launch pickup turning into a much easier recommendation after the fact. Right now, it appears that Amazon is banking on this device to be a trojan horse for Android gaming, but not designed around it. Given that streaming set-top boxes are far more popular than Android consoles, that’s definitely a wise move. The future of the device as a gaming system is going to be completely reliant on the controller, so hopefully it’s excellent. If it’s a dud, then it’s going to greatly hurt the potential for it to be the device that makes Android gaming mainstream. The inclusion of a free game and $10 in credit definitely help make up for the controller not being packed in, not being available until April 7, and locked to the Fire TV,  but it smart to not force it on people since it’s being marketed as a streaming video device first and foremost — it just happens to play games as well. This approach could alienate long-time gamers, but can also easily lead to people checking out more games than just Facebook stuff as well. It’s somewhat surprising that Amazon isn’t offering up a price break if you buy the Fire TV and controller, but they’ll probably roll something like that out during a sale at some point.