We rarely see a JRPG with a western take on gameplay, character development and aesthetic. The Wild Arms series, however, has been able to excel at tackling these things, bringing gun play to turn based combat and adding a rich, exquisitely detailed anime element that fans of Xenogears, Suikoden and Final Fantasy could only appreciate. With the industry making a swift transition, we really haven’t seen anything from this franchise or from Media Vision, the developers solely responsible for the series’ longevity.

As a result of an interview between Famitsu and Sony Computer Entertainment Producer Kentaro Motomura, a rumor regarding the possibility of a new Wild Arms game has developed. The interview mainly dove in the topic of what series fans want to see remade or re-imagined, and the gun slinging role-playing game may have been one of the many that were spoken about during the interview. We probably won’t know the details until the new issue is released to the Japanese public. 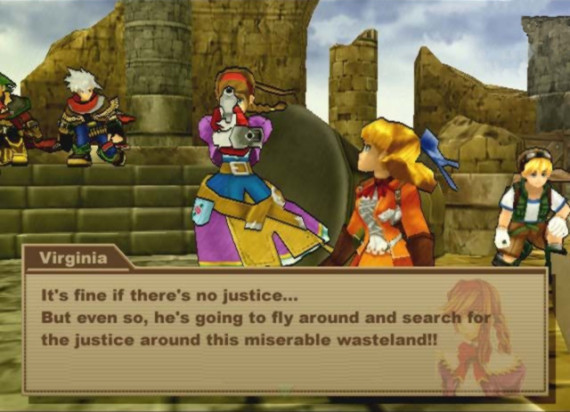 Up until now, Media Vision has been focusing their game production on the mobile market. It’s interesting to note, however, that the developers reportedly posted job listings for programmers and planners to help out with a new Wild Arms game. That was back in 2010 and there hasn’t been much word about the project until now.

Let’s keep our fingers crossed, folks. My take: Wild Arms 3 definitely sold itself to me when I first rented it out at Blockbuster way back in the day. The cel-shaded graphics, the characters and the music of the game really made it a contender against other popular role-playing games that were released on the PS2 at the time. If you haven’t experienced Wild Arms yet, check it out.