The Last of Us was simply an amazing game on Sony’s last generation console, and now it’s going to be even better on PS4.  Earlier today, Sony confirmed that the long-rumored remastered version of the 2013 Game of the Year winner has been in development, but in addition to that, they’ve also released the box art. 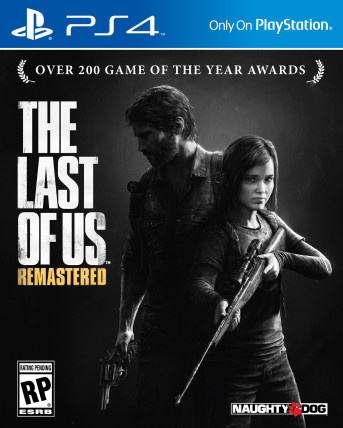 The box art is actually quite elegant, using the monochromatic look Sony has used in the past to market the game.  It puts protagonists Joel and Ellie at the center-stage of the cover and boldly lets us know that The Last of Us was the recipient of over 200 Game of the Year Awards.

Naughty Dog’s take on a post-apocalyptic world became an instant critical and commercial success when it launched June 2013. In just one month’s time Sony confirmed that The Last of Us had sold over 3 million units.  In February, they released the single player expansion Left Behind, which also garnered a positive response.

As we reported earlier, The Last of Us Remastered will feature several improvements including a native 1080p resolution and higher resolution character models and textures.  All of the DLC, including Left Behind, will be included.  The PS4 remaster will be out sometime in summer.