One of the best parts of PAX is being pleasantly surprised by an indie game. Of course, this is an effect that has clearly been noticed in the industry as the indie presence grows stronger and stronger year by year. As such, there’s more of a chance to stumble across a disappointing title, something that we’ve experienced more than a few times over the weekend. One title that felt straight out of the days of Castle Crashers and ‘Splosion Man, however, was Press Play’s Project Totem. Just announced on Friday, we got to sit down with the developers and beat practically everything they’ve created to date.

Developed by Press Play and published by Microsoft, Project Totem is Press Play’s follow-up to Max: Curse of the Brotherhood, an Xbox One timed exclusive released earlier in the year. In fact, Totem wouldn’t exist if not for Max, as the game was developed during the crunch phase of Max as a way for the team to relieve their stress and work on a more classic-oriented game. And this is a classic-orientated game. It feels like something that would come out of the SNES era and is reminiscent of games like ‘Splosion Man in the fact that it hinges itself on one very simple gameplay mechanic. 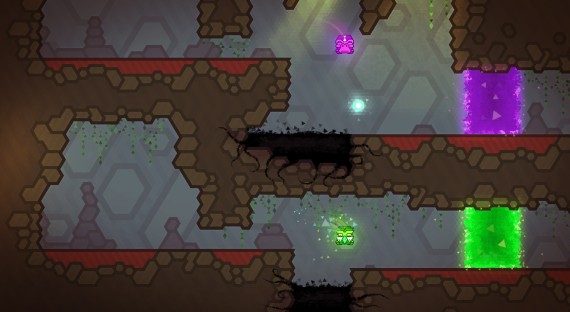 The game is played by controlling two characters (totems) simultaneously, each a different color. Each is on a different track one on top of the other and has different obstacles to navigate through. There are obstacles that only one color can get through, but the totems can be swapped to allow it. Later on in the game this can become quite challenging as you’ll have to switch between colors twenty or more times with perfect timing on a single drop. While Totem has been compared to VVVVVV and ibb & obb, it offers a different experience than both of those and is substantially more enjoyable than the later.

Co-op, however, is where the game really shines. The concept is similar in that each player simultaneously controls two totems on one controller, but now that there are a total of four totems, more challenging obstacles are abound. Even in early levels, this requires perfect concentration and cooperation. Unfortunately, there will only be local multiplayer as the developers — brothers Asger (Game Director) and Bo Strandby (Lead Designer) — designed the game to mirror the feeling of playing a great SNES or Genesis game together growing up on the same couch. While this is certainly the kind of game that will offer a much better experience locally — as playing the game without communcation is impossible — it’s still a shame that the feature isn’t even offered. 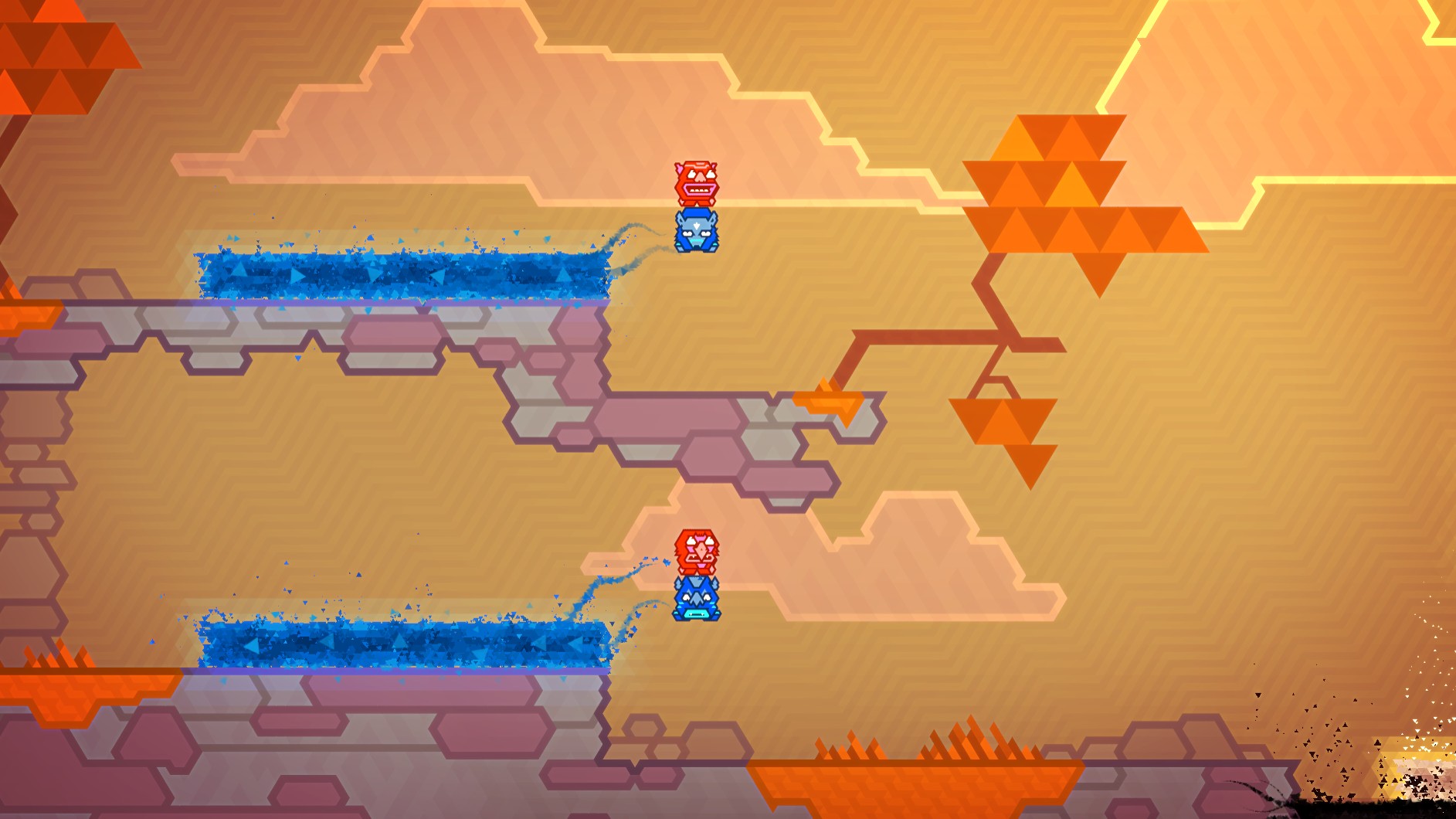 Project Totem is a blast. In a show that offered both enormous AAA titles and over-complicated indie games, it was refreshing to experience something that truly harkens back to the days when simplicity reigned supreme. From what we’ve played thus far, it seems like a game that will be wholly addictive and keep you awake in the early morning trying to figure out an obstacle for the fiftieth time.