Tomodachi Life came out of nowhere. Nintendo announced their plans to bring their popular 3DS life simulator west in a recent Nintendo Direct, and it looks sufficiently awesome. Loaded with all sorts of quirky interactions between user-generated Miis and an abundance of situations and locations to enjoy, it seems to have channeled the bizarre and eccentric side of Nintendo that fans adore. It’s taken many people by surprise, and appears to be the game to finally utilize Miis in a creative and captivating fashion. The game launched in Japan last year under the title Tomodachi Collection: New Life, and is a sequel to the original that appeared on DS. It’s sold millions of copies, and looks well equipped to repeat that feat again in the west. But the game found itself at the center of some fairly heavy controversy last year that’s rearing its head again as the western audience begins to notice a gaping absence in Tomodachi Collection: there are no gay or lesbian relationships. 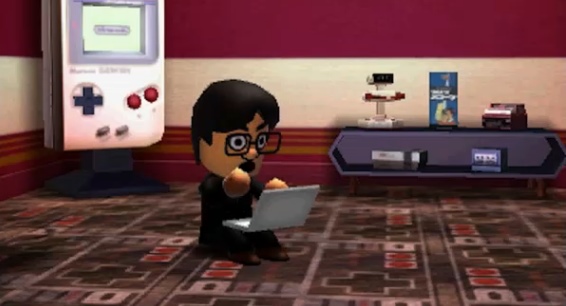 For a time after the games initial release, however, a bug in the software allowed two male Miis to marry and procreate, while female couples remained excluded. But  Nintendo quickly released a patch that removed those relationship possibilities entirely, reverting the game to its originally intended design supporting solely heterosexual couples. The company issued a statement attempting to clear up any misunderstandings about their intentions, explaining that “same-sex relationships were not possible in the original software” and that their presence actually resulted in a game breaking bug that corrupted save files and stopped players from continuing the game. The controversy was magnified when the company described the occurrence of male couples as “human relations becoming strange”. However, that remark was originally made in Japanese and is widely believed to have translated poorly to English. Regardless, Nintendo was clearly only trying to assist its consumers, but also inadvertently took an  unfortunately jarring stance on gay marriage. But before passing judgment on the Japanese gaming giant, it’s important that we understand the context of the situation in more depth. We know Tomodachi Collection was designed and released without addressing the presence and reality of gay and lesbian relationships in society, which is either a severely egregious  oversight or a calculated omission, but which is it?

Nintendo is a Japanese company, and Tomodachi Collection is a game designed with Japanese society in mind. Gay marriage is not yet legal in Japan, though there is no law against homosexual relationships, and same-sex sexual activity was legalized in 1880. However, same-sex couples are not eligible for the same legal protection offered to straight couples, and are unable to seek legal action when subjected to discrimination in any area of their life (though certain cities have installed laws preventing such acts). The Japan Self-Defense Forces have stated that sexual orientation is not a factor in their enlistment policies, and teachers in every level of education often come out with little to no trouble. So, Japanese society accepts the presence of homosexuality but has yet to grant gays and lesbians equal rights. When polled in 2013, 54% of Japanese citizens said they thought homosexuality should be accepted in their country. Interestingly, an overwhelming amount of those who opposed the idea were members of older generations. On top of all that, political parties rarely address the subject directly, so it’s clear that Japan can’t quite agree on its stance on the matter. With such varied opinions in the populace, it seems Nintendo chose not to risk rattling the cages of the Japanese radicals and instead took the “safe route” by pretending their game design had no issues and ignoring the possibility of same-sex marriage completely. 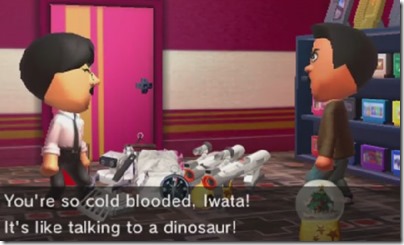 At the end of the day Nintendo is a company, and companies are designed to make money. There were obviously concerns about the possible backlash that could have resulted from a game that made such a blatant statement about gay rights in a country that has anything but a universal opinion on the matter. Nintendo probably hoped to escape any form of controversy by side-stepping the reality of same-sex marriage and only presenting “traditional” heterosexual couples. However, in the current age of equal rights activism and other life simulators like The Sims that openly accept same-sex couples, Nintendo’s approach is absolutely archaic. Yes, it’s the company’s first foray into the realistic life simulator genre and its first game to allow players to create their own character couples. But when variety in sexual orientation is such a present entity in modern life, its exclusion in Tomodachi Collection is in severely poor taste.

For all their innovation and experimentation in hardware and game design, Nintendo has always been careful not to offend any groups through the content in their games. Omitting same-sex couples from Tomodachi Collection was most likely done in an effort to avoid alienating the percentage of the population that doesn’t approve of gay marriage. However, the forced removal of male couples from the game highlighted a gross lack of progressive thinking on behalf of the Japanese company that has instead offended the opposite party. It’s true that gay rights are a divisive topic in many countries, but when a game is designed around recreating modern life and marriage you will inevitably end up upsetting someone. Tomodachi Life is a life simulator, and as such it should reflect real life, where gay, straight, bisexual and transgender individuals are all present. I believe it would be in Nintendo’s best interest to be on the progressive side of this issue, as it would undoubtedly benefit from that position in the long run. The world is heading towards universal acceptance of sexual orientation, and when a portion of consumers will inevitably disagree with the content of the game it would be best to take a civilized stance. 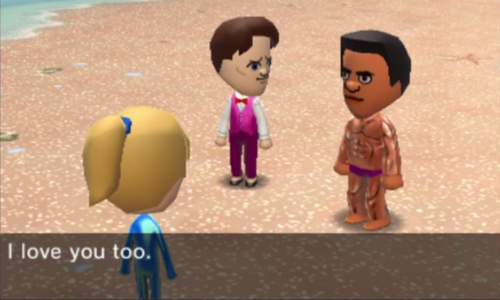 These issues seem to be just as present in the localized version of Tomodachi Life arriving on 3DS in the West on June 6, but it’s important to note that while Nintendo has yet to offer the option of same-sex relationships in their massively popular franchise, it also hasn’t made any statements that would lead consumers to believe the company is in any way opposed to the idea. Such bad press will undoubtedly force the game’s designers to rethink their approach to the issue, and unless we hear otherwise I think it’s safe to assume that we will see same-sex couples in the next version of Tomodachi Life, if not in some sort of DLC or patch for the current title. In the meantime, the game’s lack of sexual choice will obviously be a deal breaker for some, but let’s all remember that the omission of gay and lesbian couples in Tomodachi Collection was a result not of spite, but of a company afraid to change with the times.