Remember way back last month when TwitchPlaysPokémon was all the rage? It was a simpler time under the rule of Lord Helix. TPP Red Version reached a grand total of 36 million views and completed the game in just 16 days. Then they started playing Pokémon Crystal and finished in 13 days. However, the recent playthrough of Emerald passed the nearly took three weeks to beat, thus bringing the livestream to an ultimatum: to continue or give up?

TPP Emerald had an abysmal amount of views compared to the previous games. To many Pokémon fans, the third generation of monsters is their favorite. Then, the other half of fans claims it’s their least favorite. Some fans never got into anything after the first generation anyway and just kept watching for the nostalgia. Tons of game enhancements and features were added to Gen III. Abilities, so many new attacks, some status conditions, items and type combinations made it difficult to just fly through each battle. Having to teach new HMs to Pokémon and solve other puzzles just made getting to the Elite Four such a brutal battle.

Speaking of Elite Four, this is probably where everyone should have given up. Users were stuck fighting in the Pokémon League for awhile. They beat the first trainer, then lost, went back to Victory Road, beat the first guy again, beat the second, lost, went back. It was a very repetitive course of events. The only good thing out of it was the amount of experience and levels the team gained. Eventually, each Pokémon would have reached level 100 and easily be able to take out the entire league. The amount of views did not change much; never reaching 10,000 for several days. After facing the champion and actually losing, the count dropped at least by 2,000. 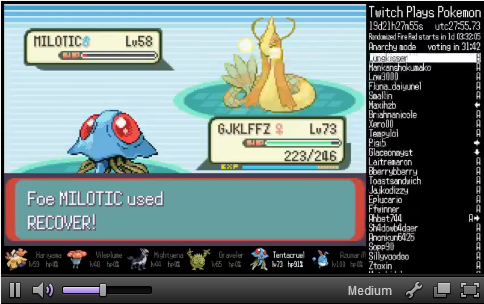 That’s one advantage Red Version had–the viewer count. When the stream was brand new and everybody was interested, they’d tell all their friends and flock to the site. It’s lost its luster. Once Emerald reached the 15 day mark, a timer popped up counting down when they will start playing Pokémon FireRed. However, when there was one day left on the timer it was reset to give everyone more time to beat Emerald. Eventually, Twitch beat Emerald only to have FireRed start within the same day.

FireRed could save the entire channel since it’s a revamped version of Red and we all know how popular that was. It’ll also be randomized, meaning they could find a Charizard in the wild. Although, the losses in the Pokémon League were costly to their viewership and if it keeps up with the next game then all hope is lost. It’d be nice to watch them play through each generation but at this rate it seems unlikely. All the memes and fan art made TPP a fun experience but there doesn’t seem to be much of that going around. More involvement can get people interested again. It’s a team building exercise that doesn’t need millions of viewers to succeed but the coverage definitely helped bring it to the attention of everyone. Keep cheering and join in if you want to see everyone succeed. Congratulations to everyone who never gave up with Emerald. 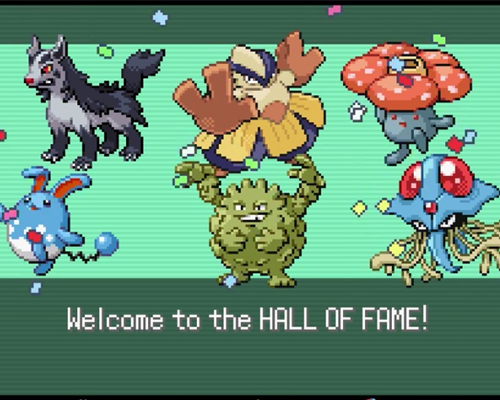