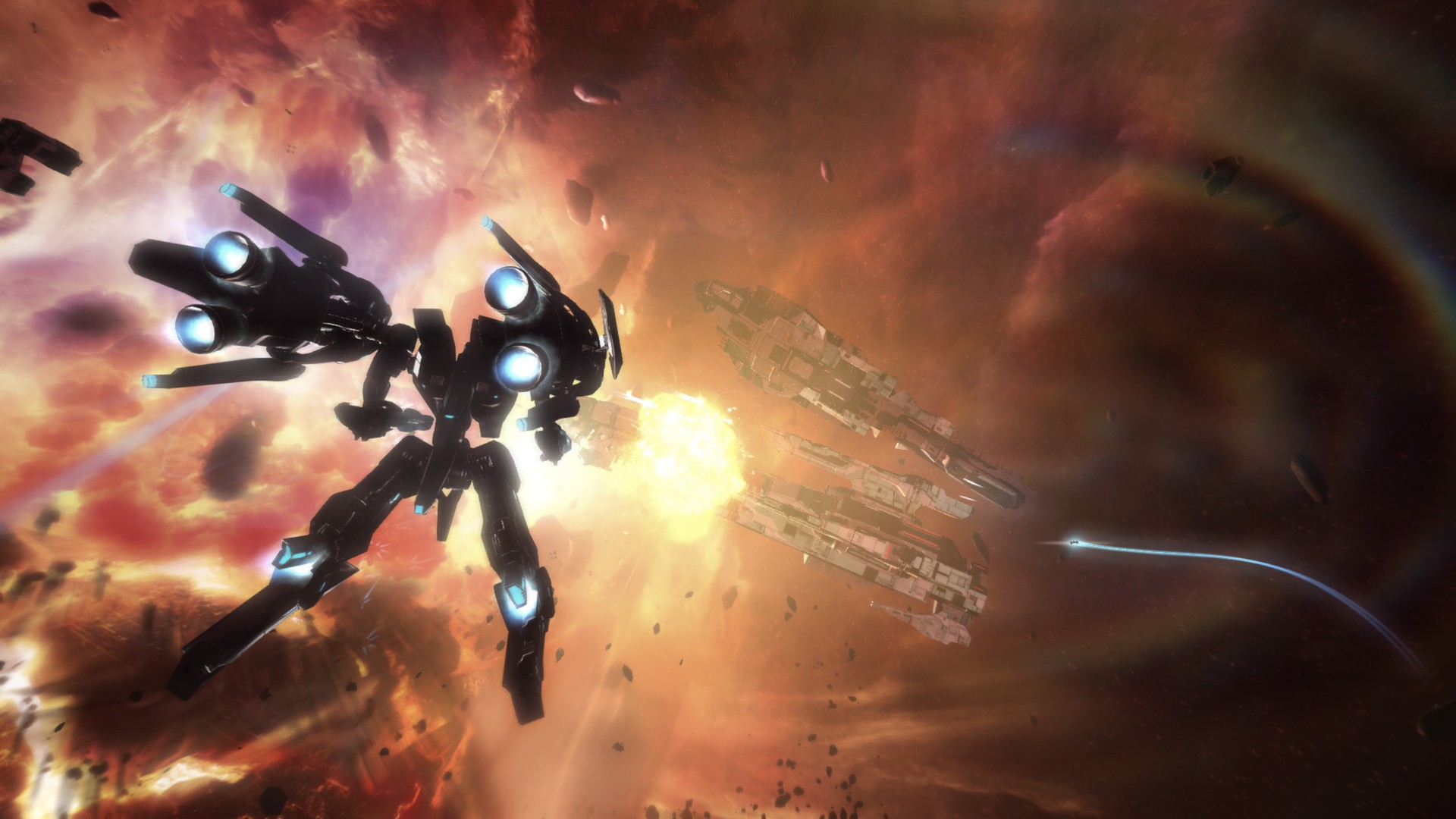 Do you like Gundam and/or mechs? Do you like flying around in space and blowing stuff up? Do you enjoy stories about interstellar expansion and galactic civil war? If you answered “yes” to any of the above questions, then Strike Suit Zero: Director’s Cut may be the game for you. Despite being the third Strike Suit entry to release in just over a year, Director’s Cut is less of a sequel and simply more of an overhauled version of the original game that launched back in January 2013. But as we’ve come to find out, these types of enhancement titles aren’t always “enhanced” for the better. Thus, it’s time to figure out whether Strike Suit Zero hits a home run or just plain strikes out.

For all intents and purposes, Strike Suit Zero: Director’s Cut is the same game that launched last year, at least in terms of fundamental mechanics. Thus, we’re not going to spend a lot of time talking about those core gameplay elements, as that’s merely old news at this point. What we are going to do, however, is look at what all Director’s Cut has changed with the original formula, and evaluate whether or not those shake-ups have turned out to be a net positive. Right off the bat, developer Born Ready Games was sure to address two of the base title’s biggest issues: the lack of an adequate orientation mission and the slow-to-get-started shift from traditional flying to the more action-oriented, shoot-everything-in-sight-because-you-can mech sequences. As such, the developers have gone back and completely retooled the beginning portion of the game, righting the aforesaid wrongs with a proper tutorial that actually explains just what the hell is going on, in addition to more quickly getting players into the prized aspect of the title: the Strike Suit. 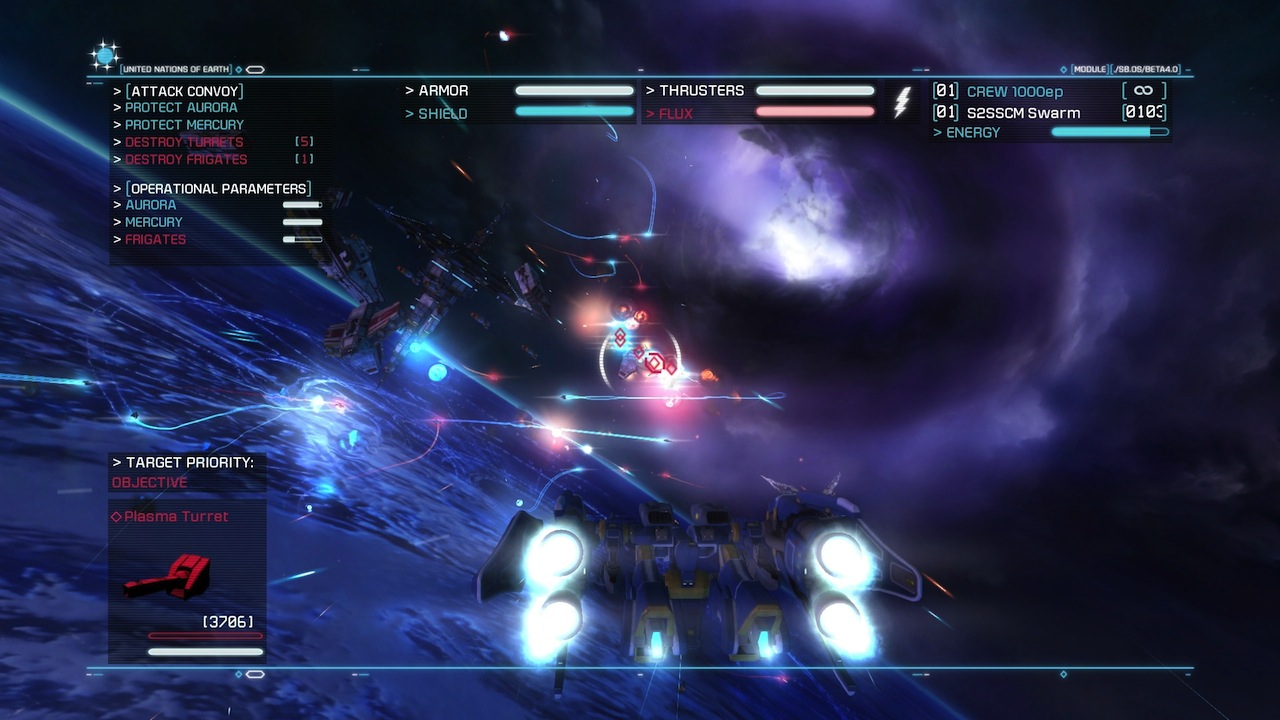 The Strike Suit is basically a mech-lovers dream as the gameplay, which is traditionally centered around a blend of arcade and flight-sim mechanics, gets shed in favor of an experience that is every bit as Gundam-inspired as it is action-packed. In essence, this has always been the defining component of Strike Suit Zero; thus being able to get into these segments faster only serves to help the player realize what makes the game so special in the first place. On the topic of changes in the gameplay arena, it’s great to see Born Ready fix the terrible checkpoint system of the first as well. In the base game, save points were spaced so far out that mission failure meant a loss of a solid 15, and sometimes even 30, minutes. It was poor design decision in this era of gaming, really, but thankfully, it’s also a problem that has been corrected.

Checkpoints are now closer together, remedying the issue of throwing one’s controller into their television in a fit of rage after having just lost a huge chunk of their time and game progress. Because of this campaign restructuring overall, the gameplay now merely has a more impressive fluidly, making sure to showcase what the game does so well early on, in an effort to hook players and in turn, keep them coming back for more.

But these early sections aren’t the only new additions to what Director’s Cut has to offer. There’s been almost a complete graphical overhaul, particularly as it relates to ships, too. Thanks to new, more dynamic lighting, coupled with new texture work, ships look exponentially better than they did in the original game. A side-by-side comparison further cements this notion, as the former game simply lacks detail, resolution and polish that the Director’s Cut possesses. Of course, being able to see the battlefield and all of those sweet suits in 1080p is a welcome addition to the lineup of changes as well. In this department, of graphical fidelity and game performance, we noticed very little slowdown throughout the experience, with the action running at a silky 60FPS pretty consistently. There were some sluggish moments that seemed to occur during climatic crescendos, where the action was heavy, and the objects on screen were even heavier; but even so, to look as good as Director’s Cut does and still play quite smoothly is an accomplishment of which the developers should be proud. 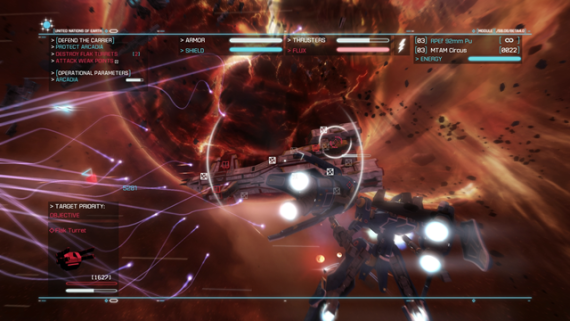 Now, we started talking about ships there for a second, but we want to get back to that for just a bit. Returning players, and newcomers for that matter (though the latter won’t particularly know the difference here), should be happy to read that there are quite a few new vessels from which to choose and subsequently take into the fray. And for those wondering: yes, the previous Kickstarter-backer exclusive Marauder Strike Suit is finally available to play for any and everyone who purchases Director’s Cut. Rejoice!

Another big issue with the first game was the story — not so much the actual content, we should clarify, but rather the delivery of that plot through, at best, underwhelming voice-overs and, at worst, downright hideous acting bad enough to make one mute the game at times. Fortunately, the dialogue has been re-recorded with brand new actors, whom are infinitely more effective and believable than the former cast. The adapted story still has some holes in it, and at times doesn’t feel as space-operatic as it should, but with some improvements to the script and flow, Strike Suit is easily a better game now. Voice-overs aren’t the only audio enhancements; Paul Ruskay has gone back to the game’s soundtrack and produced a remixed album complete with 10 arranged tracks for Director’s Cut. These new songs are expertly done, but the truth is, the OST was already phenomenal. So, it’s not like it needed to be modified in the first place. Nevertheless, the aural presentation in general is just as solid as it ever was, and fans should be pleased.

Still, even with all the upgrades, Strike Suit Zero can’t compete with some of its rivals and inspirations. As much as we wanted the title to be the next Colony Wars, it’s plainly not. It sometimes feels lifeless and directionless, like a game just spinning its wheels. This leads to more than a few moments of monotony and repetition. Though if blasting the hell out of stuff in outer space is something you inherently like, the game is unlikely to really ever feel burdensome to play. So enter at your own risk in that regard. 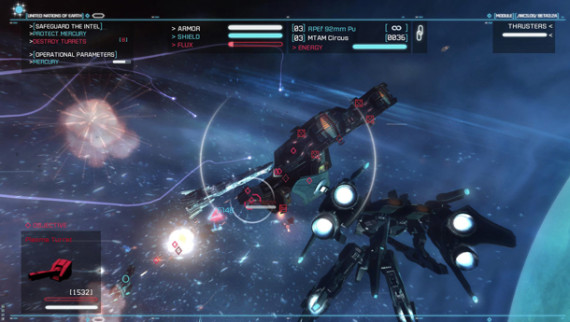 At the end of the day, folks who enjoyed the original Strike Suit Zero may want to pick up Director’s Cut, especially because upgrading on Steam is only a few bucks. Those who never got around to playing but have a particular affinity for space combat, missile-spewing mechs and loads of ship customization might also want to be pick up the game. The enhancements here have been extremely well done, with a more coherent and complete campaign, slicker graphics, more content and a fantastically remixed soundtrack. All of this ultimately makes Strike Suit Zero: Director’s Cut one hell of a game. Sure, it has some flaws, namely its reliance on the same mechanics that never really change over the course of its 10 hour campaign. But even so, Strike Suit Zero: Director’s Cut still manages to pull off a fun experience that blends action-arcade and simulation just enough to please both crowds.