The OUYA’s latest system update has gone live – and even gets its own wacky video to celebrate the occasion! As noted in the OUYA blog post, the Discover store has been revamped. This is the best overall look for it so far, with the core look from before being retained, but screenshots taking up more real estate. You can also now get screens in full-screen mode, whereas before they took up about 95% of the screen, but had black borders around them. For the purposes of getting screens without needing to actually fire up a game, this feature a godsend! You can also see whether a game is completely free, or if it’s got in-app purchases thanks to an exclamation point near the game’s thumbnail image on the Discover store. This will make sorting through free vs. paid-only games much easier when the requirement for free content is lifted on the storefront 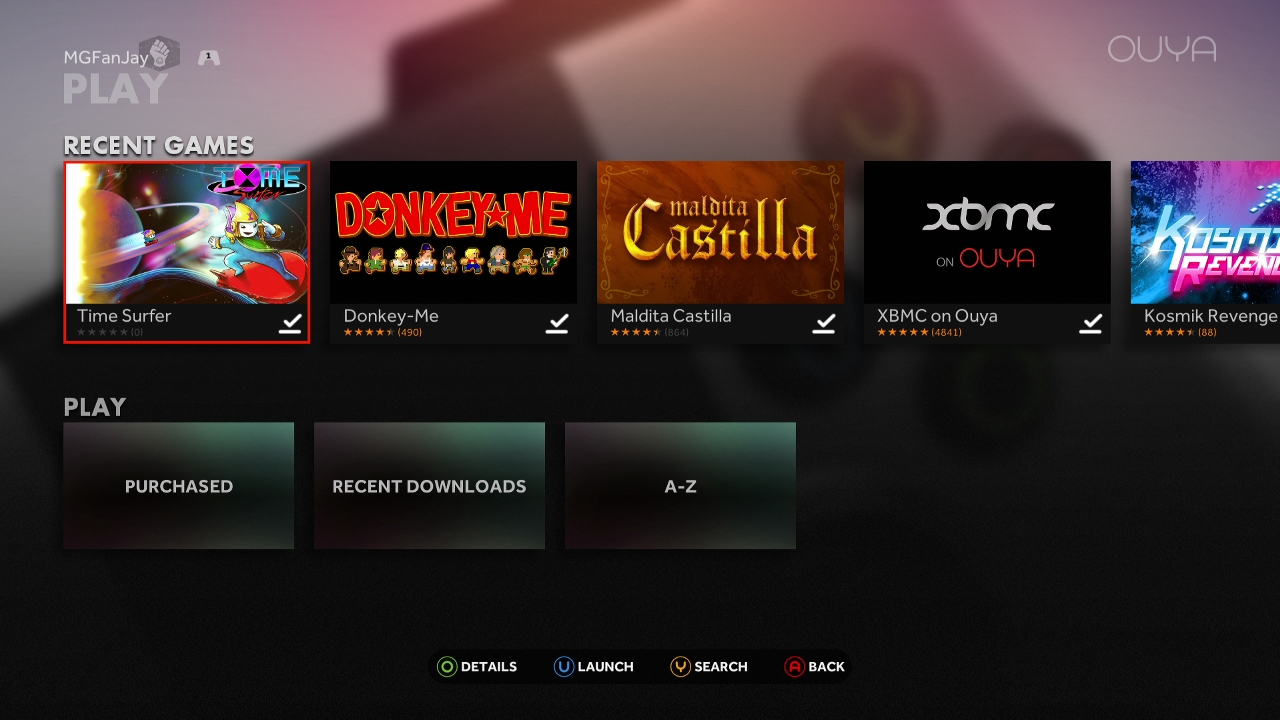 The Play section has been changed around as well. It’s got two two rows, but only one lists your things installed via the on-board storage, while the bottom row lists information like the game’s you’ve played and a listing of your purchased titles. This feature is actually quite handy since you usually have to do some digging for that, and now it’s available quickly. I don’t quite like only having one row of games though – it looks a little messy. Luckily, going to the A-Z listing restores that two row view, so it’s a minor quibble. Audio passthrough is now supported via XBMC as well, so if you primarily use the system for its XBMC capabilities, you’ll want to update that app and get the best XBMC experience yet on the system.