Compared to the hectic bustle of most cons, the Vancouver Retro Gaming Expo is a quiet, laid-back affair. This is owed largely to the venue. The Columbia theatre in New Westminster has a very quaint vibe, enhanced by its hole-in-the-wall, waterfront location. The main room is pretty ornate in a “local theatre” sort of way, with chandeliers and velvet curtains hanging from the rafters. It’s an odd contrast to see gaming screens scattered throughout the dining area, with projectors near the stage for tournaments and an art gallery tucked into the corner, but it adds to the quirky tone of the event. The liquor license doesn’t hurt either. Haggling 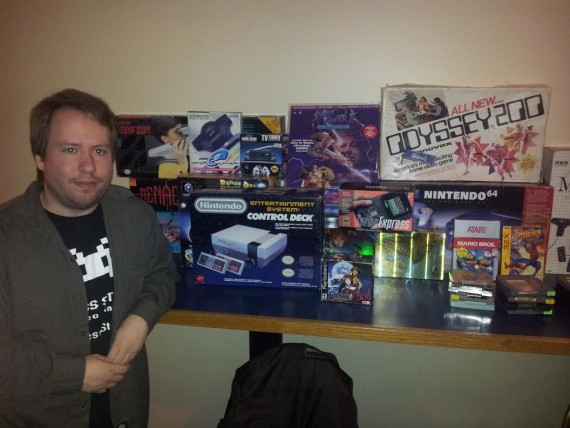 The top floor houses the big draw of the show, a densely-packed marketplace full of retro game vendors. Collectors and retailers from across BC flocked to New West for the event, bringing the very best of their wares to hock. Speaking as a collector myself, the selection was positively jaw-dropping. A local store, Press Start, came packing a flawless boxed copy of Spider Man: Web of Fire for the 32X, as well as a complete collection of Lunar: The Silver Star CDs with all seven disc art variants. The Cartridge Family, a local father/son pair who do most of their business through craigslist, brought in a yellow Zelda test cartridge and a complete boxed Earthbound in the best condition I’ve ever seen. 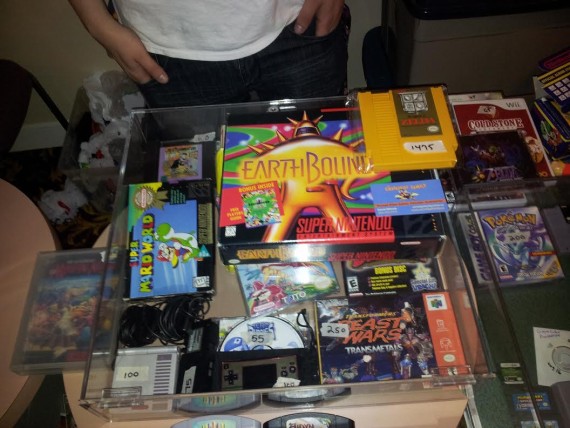 Obviously, those items were fetching pretty dear prices, but there was something in the hall for every budget. At The Gamer’s Vault I managed to snag myself a copy of Grandia 2 for only 30 dollars. The rest of their wares were in a similarly comfortable price range. At the other end of the spectrum, there was a private collector (pictured below) who’d brought in stacks of sealed games dating back to the SNES. He told me that he’s bought two copies of every game he’s wanted since the PS1 days. When you’re one of the only guys in the world with a sealed Steel Battalion box, it’s hard to argue with that dedication. Whether you’re a local looking for a good deal or a serious collector hunting for their Holy Grail, the Retro Gaming Exp is a cool place to be. 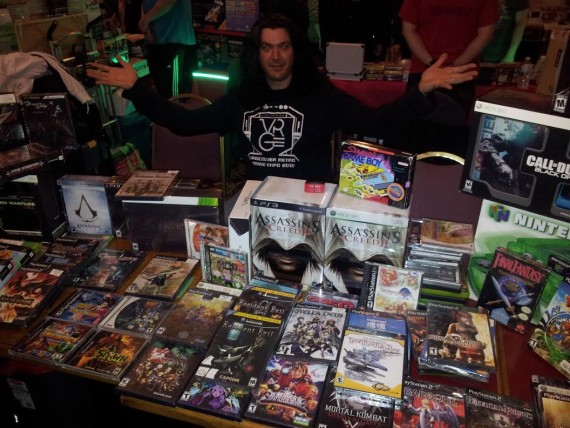 The expo isn’t just a place to buy old games, though. The main theatre was packed with gamers crowding around monitors for a rousing game of Street Fighter 2, Smash Bros, or Bomberman. Like the expo in general, the level of play in the gaming room is pretty relaxed and casual, but there were plenty of opportunities for more skilled retro gamers to prove their mettle. On top of scheduled tournaments, there were a number of ongoing challenges, with prizes for players who could get top scores in the likes of Crazy Taxi, Tetris, or Tony Hawk’s Pro Skater 2. 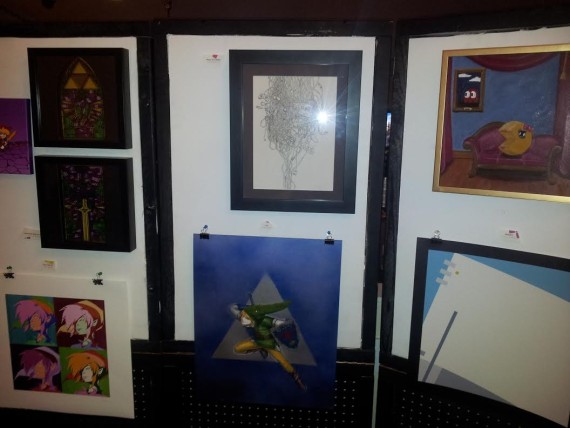 With local nerd hubs EXP and Storm Crow sponsoring the expo, it’s as steeped in gamer culture as you’d expect. Vancouver art blog 8 Bits of Destiny had a small gallery in the middle of the gaming hall where they were showing off work from some of the city’s most talented artists. 8 Bits have put on some pretty phenomenal art shows over the years, and this was no exception. The gallery offered an even more low-key break from the shopping and gaming, and they held a silent auction over the course of the day for those looking for a more unique souvenir. 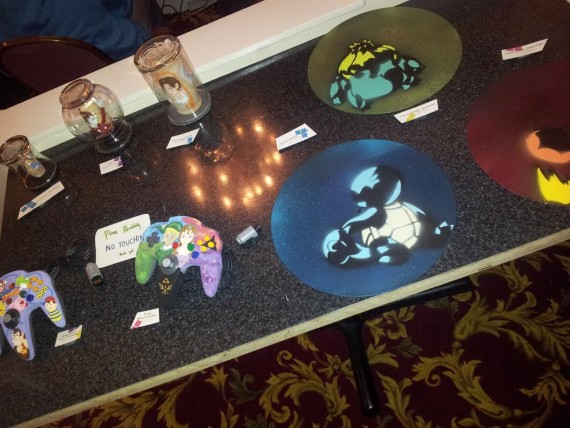 Around 6 the vendors closed up shop and the gaming in the main hall gave way to some late-night shows. The organizers kept attendees occupied with clips from the likes of Robot Chicken while they set up for more involving events. A lighthearted round of Metagame was followed up by a session of hardcore trivia, then some uproarious gaming improv courtesy of The Fictionals Comedy Company. Unfortunately, I had to head home after that. I’m told that the performances by MissingNo and Zero-Gen (two local game cover bands with very different sounds) were fantastic, and apparently the gaming burlesque show that capped off the night was a total riot. 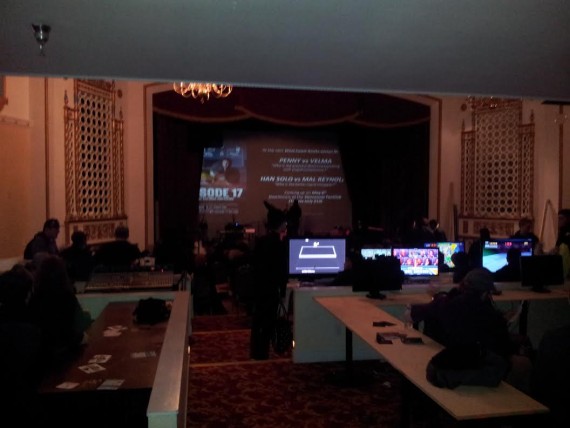 VRGX is a great place to drink, mingle with your fellow gamers, and then kick their drunk asses at Street Fighter. It’s also one hell of a shopping destination for discerning collectors. The chill atmosphere and relatively low attendance make for a nice change of pace from your typical con, and if you’re able to make it to Vancouver I’d highly recommend attending. For those interested in a more traditional con, the organizers’ upcoming Northwest Fan Fest might be more up your alley. I’m not sure you’ll see the same caliber of collectible software on sale, but the planned gaming events should more than make up for that. I hope to see some of you there in June.