When Dark Souls: Prepare to Die Edition initially hit the PC in 2012, it was met with mixed reaction. It was great that From Software was bringing their most challenging property to arguably the most hardcore audience out there, but at the same time, they struggled with the transition. It had everything we loved from the game, but it just wasn’t up to PC standards, having dedicated fans fix it hours after release. The Japanese developer seems to know what they’re doing now as their second crack at the platform has gone swimmingly, offering higher resolutions, a higher frame rate, and a bevy of graphical enhancements. The extra month of development time seems to have been worth the wait as, while not perfect, this is the most complete and decisive version to get. 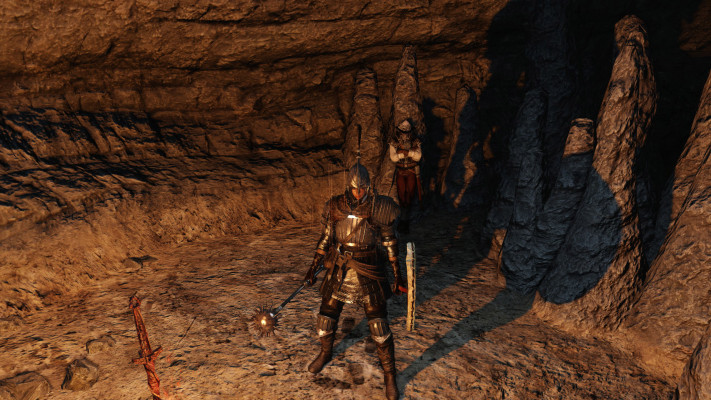 Of course, the most interesting thing about Dark Souls is how all of it is presented. Instead of having linear progression where the character goes through increasingly difficult levels, but is rewarded with new skills or abilities, the option is given for how exactly they advance. At any one time, there’s usually two or three possible routes to take. Some lead to new areas while others lead to a boss. It’s impossible to know how hard the area is until attempting it, leading to frequent trial and error. Players are never directed where to go and, besides one of the most basic tutorials (if you can even call it that) ever in a game of this size, will have to figure out everything on their own. Character progression happens via souls which are dropped from enemies. Upon collecting a certain amount of souls, various abilities can be leveled up. In previous games, this was done through using bonfires, which also restore health. While bonfires remain, there is now a woman named Emerald Herald who handles leveling up. This makes more sense than before (how could throwing souls into a fire level you up?) and adds a bit of intrigue; just be prepared to mash start whenever a conversation with her is initiated, however, as she recites the same thirty second speech every time. 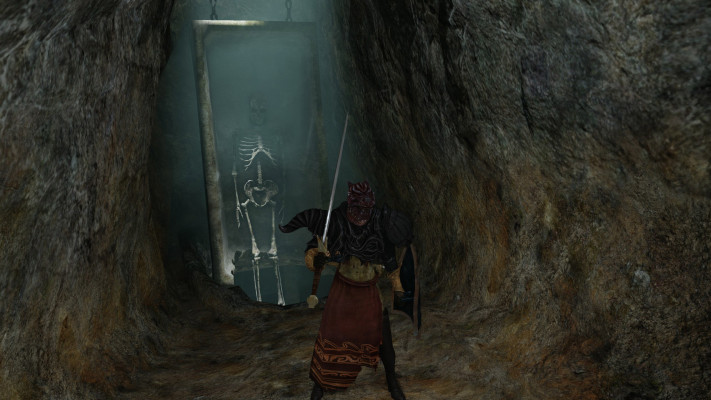 Gamers who are expecting the PC edition of Dark Souls II to look its pre-release footage will be sad to know that isn’t not the case. The lighting system found in the PC version is virtually identical to what’s on PS3 and Xbox 360. Even some of the character shadowing, as much as they have been enhanced, is still rendered at a lower resolution than some would come to expect. It’s odd because there’s no consistency of dynamic lighting, with some casting shadows while others are flat. Additionally, when enemies move at a distance, their animation cycles are still rendered at a lower, choppy frame rate. With that said, this is still the version to play as the game runs at a silky smooth 60 frames per second and can render upwards of 1440p. The textures are significantly sharper and you can make out finer details on the screen such as the durability bar below weapons, something I didn’t even know existed. 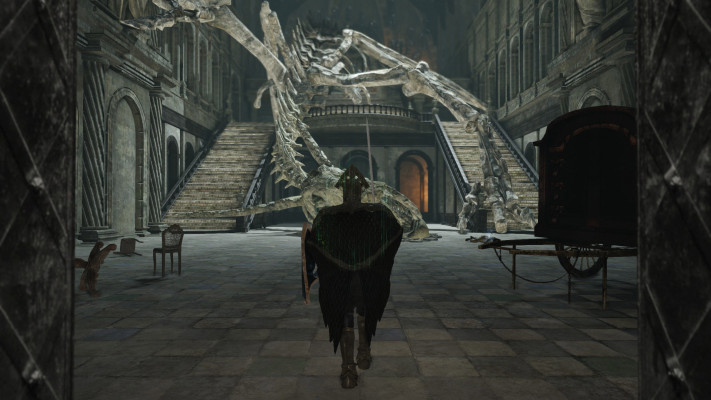 Most importantly, this game is dark. Playing through the console versions, we noticed that the darkness was not necessarily all that black, even when turning down the brightness. It had a weaker contrast to it that really made the world look less imposing. That’s the complete opposite this time around as lighting the way with a torch will be essential to your survival at times. In certain areas players won’t be able to see five feet in front of them, let alone what’s in the room with them. It’s something the PC version has been able to capitalize on perfectly, creating a more immersive and atmospheric setting.

From Software learned their lesson with the lackluster port of Dark Souls as its sequel now features a bevy of new graphical enhancements outside of the bolstered resolution and frame rate. Players will have control over texture quality, shadow quality, anisotropic filtering, SSAO and so much more. Better yet, if you want to play the game in a windowed mode, the option readily available and, at least on our setup of 2560×1440, there are ten different resolution to choose from. Dark Souls II still doesn’t look amazing as the world can look a bit flat, but these graphical settings really help display the more detailed parts.

Because the mechanics are a little more complicated than your typical third person action game, Dark Souls II requires a difficult control scheme to wrap your head around. By default, the controls can be confusing as it requires plenty of button combinations, holding down alt, ctrl and shift as much as you would in something like Autodesk Maya. Thankfully, the game supports two key features: controllers and key mapping. If you aren’t pleased with the default control scheme, players are encouraged to modify it to their liking, or better yet, grab a secondary gamepad lying around. It’s not that the initial setup is bad but it’s just serviceable and will lead to more deaths than successes. 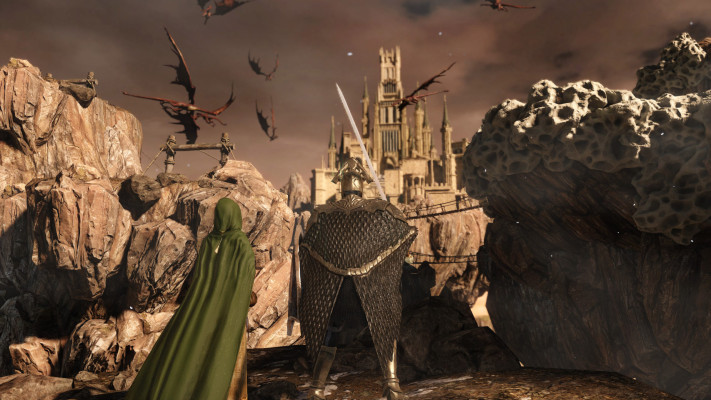 If you decided to wait for the PC version of Dark Souls II before jumping in, you’ve made the right decision. It’s not leaps and bounds better than its console counterpart, but the graphical enhancements aid the immersion. When walking through the darkness, you’ll barely be able to see what’s in front of you and just the subtle nuances the higher resolution and textures allows us to better see, all accumulate to the definitive experience. It’s a significantly better attempt than From Software’s first PC port, but there definitely are some things that need to be worked out. Regardless, Dark Souls II may not be for everyone, but it remains a stunning accomplishment and one of the purest experiences in the medium.