Daylight wastes no time letting you know you’re in a horror game. You wake up in an abandoned hospital secluded on an island with no recollection of how you got there. You pick up an electronic device and start hearing instructions from a shadowy man that doesn’t identify himself but lets you know you should probably try and get out because bad things are coming. If there was a program on your computer called “DEFAULT HORROR GAME” this is the exact set-up it would go with. While the premise here might sound generic, the execution is anything but. The levels are randomly generated meaning you can’t look up a guide to tell you where to go. The enemies appear without warning so you can’t prepare yourself for the fright. This is a horror game for the sole purpose of horror, and if you can’t appreciate that then Daylight is more than happy to show you the door. 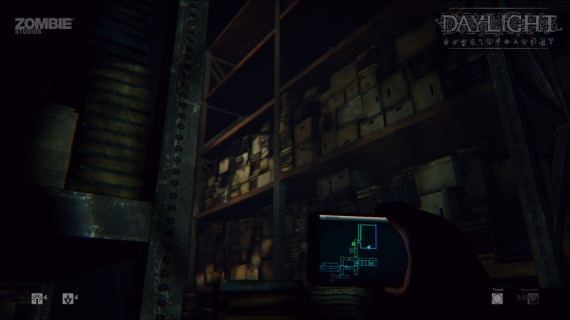 It is a survival horror game in the same subcategory as Slender. Essentially you walk around and pick things up and hope you don’t get your face eaten off by the boogeyman, here embodied by the shadowy creatures that follow you around. You pick up things called remnants which are little news clippings or photos or post-it reminders to murder whichever dummy is going around picking this stuff up. Unfortunately, whatever evil is inhabiting this island is apparently a compulsive hoarder and doesn’t take kindly to their treasure drove of creepy messages being disturbed, because as you do this you end up making it angrier and angrier until it starts manifesting and trying to kill you. In each area there is a “key” as well as a locked door, and by picking up a preset number of remnants you cause the key to appear and can use it to open your way to the next area.

You are armed with some very minimal things to protect yourself with, including a tablet for light and a map, flares, and glowsticks. The glowsticks illuminate which pieces of furniture you can interact with to find the remnants and which are just there to move around and scare you, and the flares will work to ward of whatever monster happens to show up to welcome you to the neighborhood and death. Judging from the achievement list on Steam these things are actually called “witches” but I preferred my designation of ninja terror death demons. After you pick up enough remnants and get far enough into the game, occasionally your phone will get all fuzzy to let you know “hey, you’re about to die!” and you can either prepare yourself by waiting and hoping it goes away, whipping out a flare (if you have one) to make it disappear instantly, or running for your life screaming like a little kid and crying for your mommy. Sometimes the AI is more aggressive than others, and there were a couple of encounters I seemed to avoid the witches by looking at the floor and pretending I couldn’t see them. Once, I looked at the floor and saw the creature hiding behind me, which was terrifying until I realized the witch was polite and wasn’t attacking me until I turned around. I set it on fire. YOU DON’T TRY TO SCARE ME JERK. 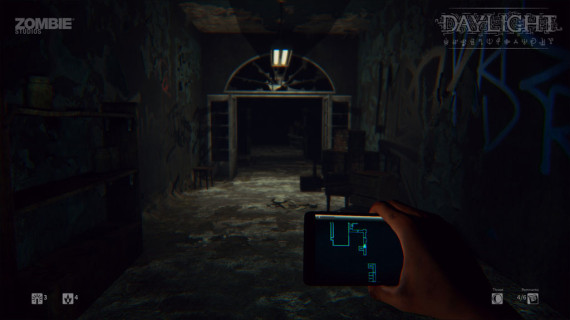 The levels themselves are randomly generated for each playthrough, meaning that no two experiences will be the same. I am of two minds as to how this affects the game, and while I certainly see the appeal I’m not entirely sure in the end if it helps the game. The good news is that by making the levels randomly generated, this is one of the first horror games I’ve played where I can jump back in at any time and still not be prepared for what the game has to offer. I know where are the scares are lurking for me in Bioshock or Silent Hill 2, so subsequent playthroughs lose that punch the first one had. In Daylight, while you know that horror is always hiding somewhere, ready to pop out of the shadows and slap you across the face, you never know when or where that might be. Each playthrough is different, each one unique, and I could certainly see myself dropping in for another playthrough a couple months down the line and having just as much fun as my first time through.

However, there is something to be said for a well scripted scare, and a designer that knows exactly what they are doing can set up the situation perfectly to absolutely ruin your dreams for weeks to come. In Daylight, there are no real moments of psychological horror, and all the frights are of the pop up “screamer” video variety of scares. These can be excellent, don’t get me wrong, and I’m certainly not saying there aren’t moments when I jumped because there were plenty of those. At one point while navigating the prison I spent too long trying to open a door (it was opening into me – shut up), and decided it would be best if I just went around to the other side. As I was turning to move around, a witch appeared out of nowhere and the game ever so kindly suggested I run but the part of my brain that reads and understands things had already ran outside, jumped in my car and drove off. I feverishly attempted to smash the button that whips out my flares, but in my panic I instead punched the one that brings out glowsticks so it looked like I was inviting the witch to a rave. It did not end well for me. The game does an excellent job instilling a real sense of uneasiness into you because you just know something is going to pop up and scream in your face – you just don’t know when.

Also, if you ignore things from a horror standpoint and look at it objectively as a game, the random generation of the levels does no favors to the overall enjoyability. I played through the first level several times to get a feel for what sort of changes I could expect, and none of the layouts would I consider “good.” If this game had one specific level design, and you could choose any of the ones the game managed to randomly generate, there isn’t a specific one you could put in the game that I would deem to be anything better than terrible. With so many different ones that are randomly generated, you sacrifice cohesiveness and well crafted level design for replayability and unpredictability, and I’m not entirely sure it was worth it. As the game is putting together random pieces, you are mostly stuck with identical looking corridors occasionally punctuated by several similar looking rooms that may or may not be empty. With how samey everything looks it becomes very easy to get lost which I think might be part of the point but it doesn’t make it any more enjoyable to have to refer to your minimap because you can’t tell if you already walked down this specific hallway yet or not. Disoriented in a maze chased by monsters certainly works from a horror perspective, so if you are solely looking for a good scare you might be able to overlook the fact that with nearly infinite different level designs there isn’t one that would stand out as good.

Beyond just my qualms with the randomly generated level, the gameplay itself isn’t exactly what I would consider “fun.” In fact, if you aren’t a big fan of getting scared the game doesn’t have much to offer you. Reaching the end of the level but having to go back because you missed a remnant down one of the random hallways you didn’t check filled me with equal parts dread of possibility encountering a monster and dread of having to slog through the same hallways all over again because I missed a piece of litter. Even with the change of scenery between levels, most areas play out exactly the same and you are just collecting notes in new areas to get to the next area so you can get more notes. The enjoyment comes not from the gameplay itself, as you’re basically just walking around and hoping not to die, but from how unsettling the game is and never knowing when your run of the mill scavenger hunt is going to turn into an all out sprint for your life. The fun in this game comes solely from the enjoyment of giving in and letting yourself be scared. If you can’t get into that, there is nothing here for you. 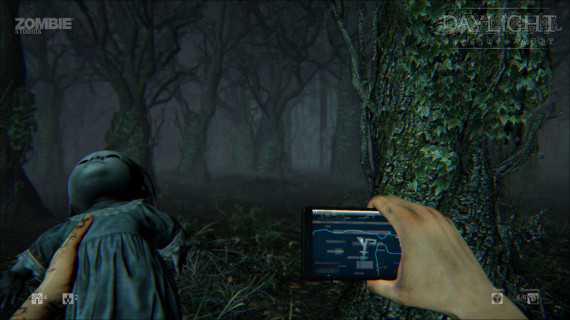 Daylight’s shortcomings will scare away genre detractors. The gameplay is repetitive, the level design annoying and backtracking quickly becomes a chore. It falls short because because of these things, yet remains an amazing experience. As a survival horror junkie, I had a blast running and screaming my way through the three hours of terror Daylight has packed in and will undoubtedly dive back in at a later time to experience it all again. This is the kind of game you have to be a survival horror fan to get, but if you are, it will push all the right buttons and you will be able to ignore the shortcomings in the actual gameplay.