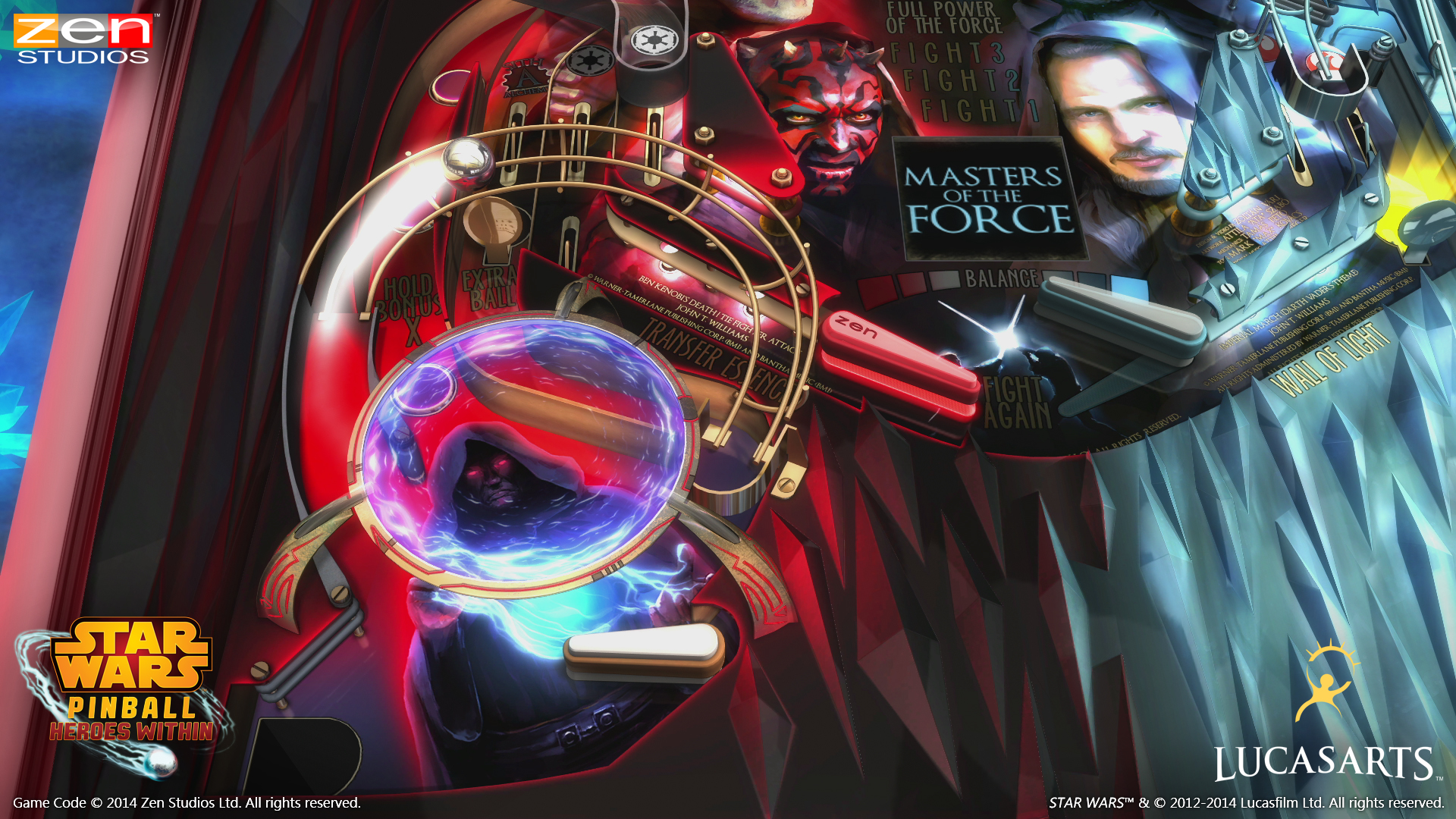 Zen Studios has carved a niche out for themselves as the definitive pinball creators of their generation despite the lack of physical pinball machines to work with. Their pinball games over the past decade have virtually brought some of the genre’s greatest games back to life and allowed a lot of people who have never been able to experience a real pinball machine to at least get an idea as to why it was such a popular pastime. Marvel Pinball gave Zen Pinball 2 a shot in the arm a while back, as did Star Wars Pinball. Now, the latter franchise has returned with a new four table pack focusing on the heroes of the Star Wars universe.

Han’s table is the first of the bunch and uses the Mos Eisley cantina marvelously. You get to hear the iconic music in the background while Han and C3PO audio clips play. The table features Han staring over the whole assembly with a great sense of pride as the Millennium Falcon fills the screen towards the back-end of the table. Its layout is full of ramps and turns, and includes a bit of Falcon interaction after some careful back-end flipper usages. As an introductory table, you couldn’t ask for much more since there’s always something going on in it and it’s easy to get hooked just racking up points. My initial goal with it was to just do well after losing a ball early, and then a couple of saves gave me hope (a new hope, some might say). I did better after that and wound up with a staggering two million points after getting over the initial jitters. 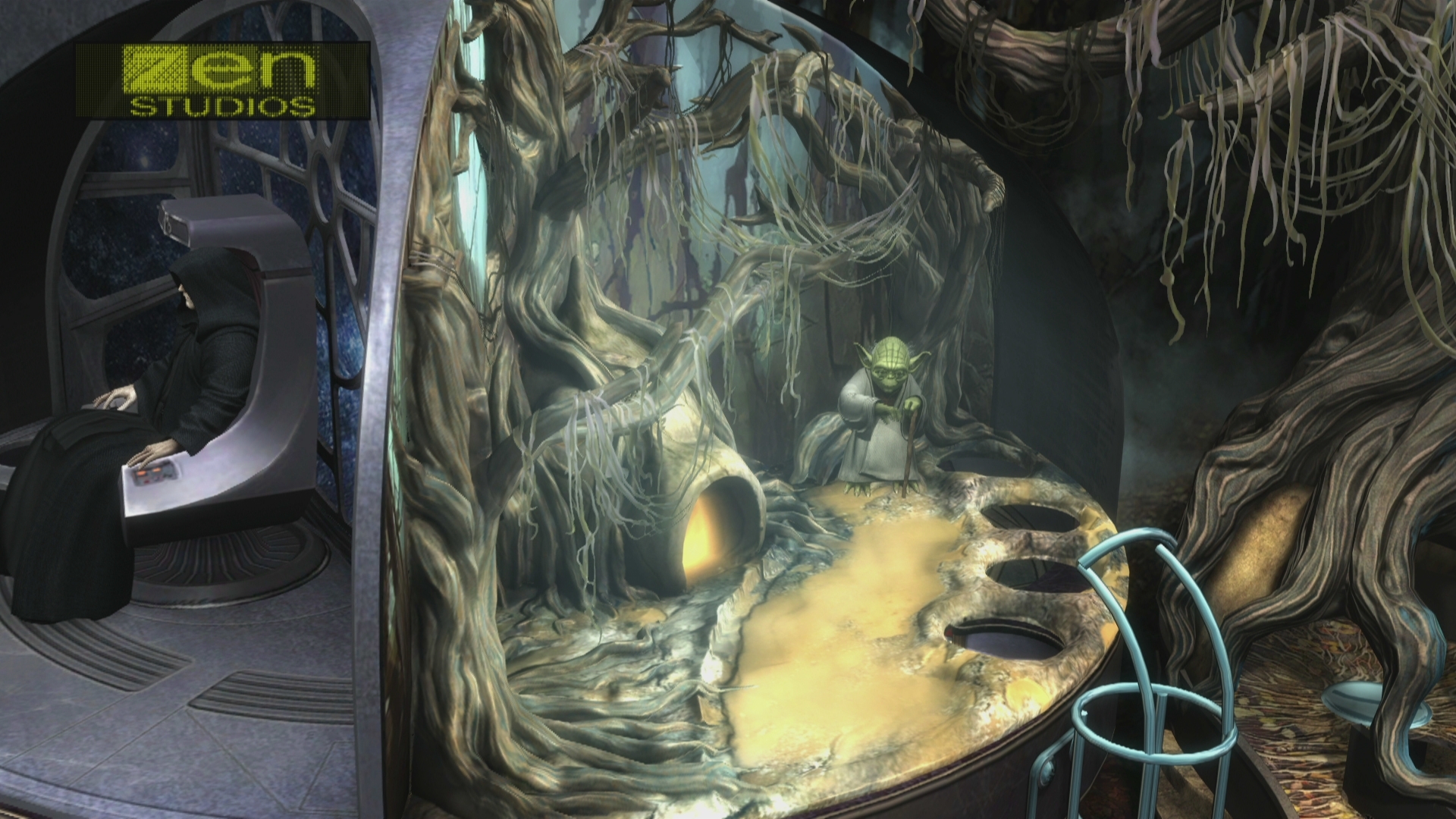 This table’s play session segued seamlessly into the second table, entitled Masters of the Force. My first playthrough led to five and a half million points, which felt incredible. This table’s theme is a basic good vs. evil — split right down the center vertically with bright red for evil and a subdued blue for good. It’s a stunning image and even extends to the flipper colors. The table itself is full of voice samples, Yoda in the top right-hand corner, the Emperor in the left-hand side, and hidden areas to gain tons of points in. There’s a lot going on here and it’s one of the faster-paced tables in the pack. The third table on offer focuses on the droids, and is the least exciting of the bunch. Hearing C3PO constantly is annoying and the tunnel-heavy design is a bit too different for my liking.

While it rewards higher-level play and skill shots, it’s not the most exciting table to just play and have fun with. The final new table focuses on the New Hope and fits that movie perfectly. Luke is in the lower-left with Tattooine taking up a lot of real estate on the left-hand side. The right features TIE fighters in the art, and the upper right-hand side can lead to a giant battle with ships being taken out by the extra ball in play on the board. Darth Vader quips are all over this table, with Luke also getting a healthy amount in too. The ship battle is easily the highlight of the table pack, and nothing quite tops the thrill of taking down all of your enemies in one fell swoop. This is quite an action-heavy pack since three of the four offerings are fast-paced tables. The droid one is great for when you’ve had a good run and feel confident in your skills, while the others are there to dazzle both yourself and others with Star Wars references. 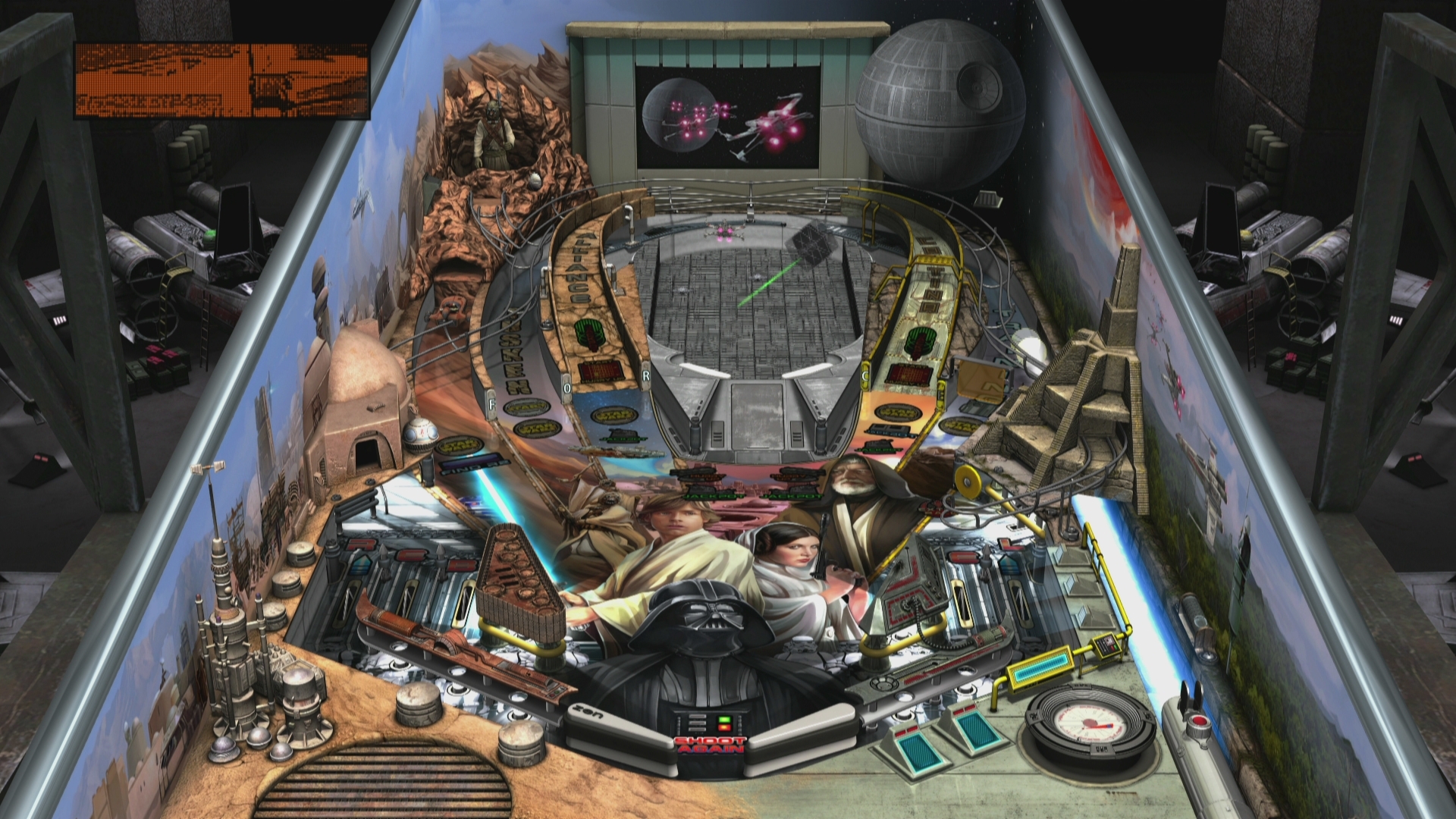 Visually, everything here looks on par with the rest of the tables in Zen Pinball 2. The metal portions look nice and shiny, while the figurines of the characters retain that realistic-looking vibe that they should have since they’re usually based on actors. At the same time, the limited animation works in the game’s favor because it’s a pinball game and you wouldn’t expect moving parts within the machine to have much fluidity – they should look mechanical and do. The designs of the tables are all interesting to look at, with Masters of the Force being the most beautiful of the bunch. Episode IV has the most going on, and that’s probably going to be the showcase table for the game due to that. Like the PS4 versions of Pinball Arcade and the other Zen Pinball 2 tables, there are a lot of little lighting effects here that take advantage of the hardware. Also like the other versions, these are cross-buy and provide a fantastic value amidst the other Sony family systems.

Like all things Star Wars, your ears will love hearing the classic score from John Williams. It’s epic in films and works fine for pinball games too. The voice clips seem to be a blend of archival stuff from the movies and newly-recorded stuff, as I can’t think of a single context in which Yoda saying “skill shot” would make a lick of sense. Maybe there’s a bit in the Christmas Special where everyone plays pinball and snorts coke off the glass. Back to the game itself, the table noises are excellent and the metal clanking is particularly satisfying. It may seem like an odd thing to praise, but this a pinball game and you’ll be hearing a lot of it — so it had better be good. Everything sound effect-wise is realistic, or at least as realistic as you’re going to get for a pinball representation of a sci-fi space opera. 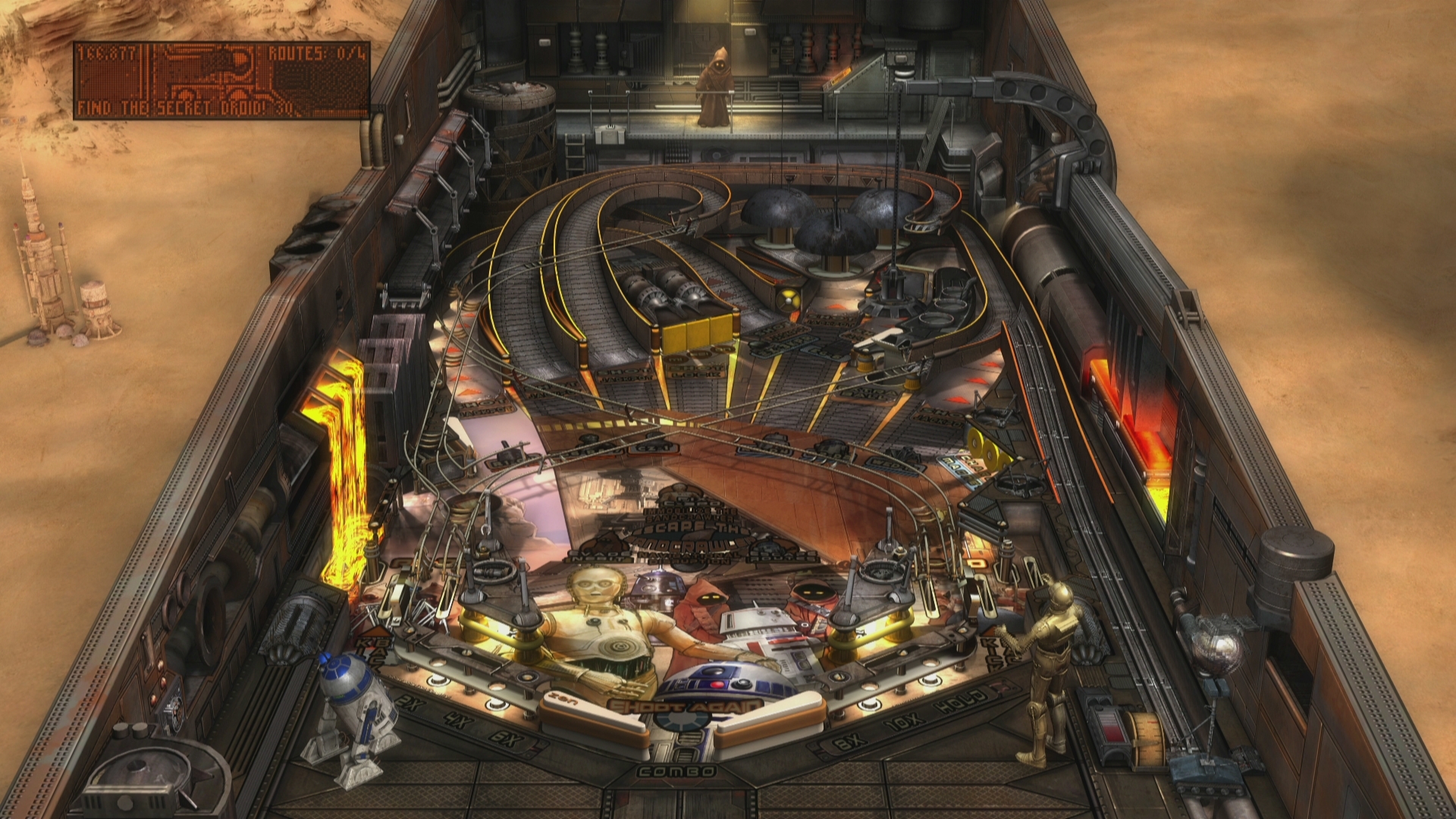 Heroes Within is a fantastic table pack for Star Wars Pinball fans. Three of the four tables are incredible and will get a ton of use from those seeking to top their own personal best scores. When you factor in online leaderboards, you’ll wind up getting hooked on these tables for a long time to come. Like the PS4’s other pinball offerings, this set looks really good and makes perfect use of archival Star Wars music to set the tone. Some of the voice clips are a bit much, but they’re thankfully not enough to hurt the overall package much. This is a must-buy for anyone who’s enjoyed the Star Wars Pinball stuff released so far, regardless of which platform you own the game on.