Note: This article contains spoilers for Revolution, The Last of Us and Crysis 2.

I’m a sucker for ridiculous J.J. Abrams shows. Fringe is on my short list of favorite television programs of all time; I was captivated by its transition from sci-fi procedural to whatever the hell it ended as. Lost (terrible ending and unnecessary Christ corollaries aside) absorbed my life for the better part of three weeks, as I learned the true power of Netflix through this island thriller. So when I heard that a show about a post-electricity dystopia was hitting the airwaves, I jumped in head-first.

The first season of Revolution was a lesson in how not to write a television show. Take one of the most obnoxious, self-righteous crybabies in recent television memory and make her the focus of the show. Spend hours painting the main characters as real people thrust into an impossible situation before having them essentially turn into superheroes as soon as a battle begins. Insert flashbacks that have no meaning whatsoever every ten minutes. Disregard the gripping mythology that brought the audience to your show in the first place in favor of campy familial drama. My God, it was a disaster. 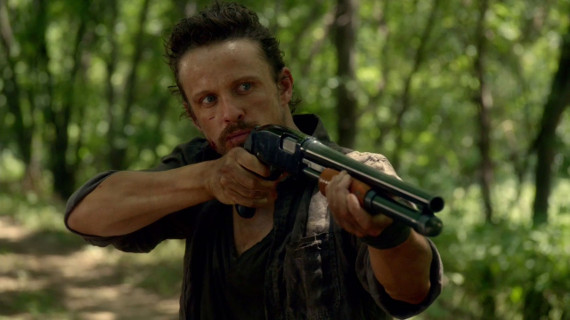 “Now you’ll sit back down and watch this nonsense until the higher ups decide to cancel us.”

I had to stick with it though; the concept was too good to give up on. It’s an about a non-zombie apocalypse, when do we ever see that? The second season has somewhat redeemed itself, with a heavier focus on governmental conspiracy and an even distribution of character airtime. However, this is not an article about less-than-mediocre television programs on the cancellation bubble. No, we have a much bigger topic to discuss here.

Holy hell, Revolution would have been an excellent video game.

The combat variation alone would make the gameplay superb. The first season had an epic sword fight during nearly every episode, with assault-rifle shootouts taking place inside Old West-style towns and industrial warehouses during the second season. One episode involves a Metal Gear-esque stealth infiltration of a mythical nuclear detonation facility. You would fire RPGs at military bases, you would shoot arrows at soldiers on horseback. Why not beat down a guard with your fists before stealing his musket? Oh, and let’s not forget: there are sci-fi sound cannons that possess the power to send foes flying backwards. Revolution: The Video Game would be like combining Dead Rising, Uncharted, and Metal Gear Solid 3. Every mission could be completely different from its predecessor, and it would still make complete sense. 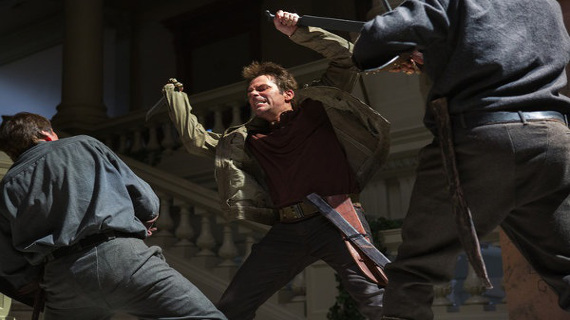 Look, I want to actually battle with swords instead of watching someone else do it.

“Cool Matt, a television show has weapons and fighting, but that does not automatically mean it would be a decent video game.” Hold your horses there hypothetical naysayer, I am just getting started.

You could switch between multiple characters, each with their own strengths and weaknesses. Charlie, the aforementioned annoyance, is the best archer on the show, but her emotions often get the best of her. She might dispatch a few enemies with ease, but she could find herself in a terrible situation because of her inherent need to help everyone. Miles, the rebellious military outcast, knows how to use every weapon imaginable, which makes him an overpowering force on the battlefield. However, his penchant for making enemies could make his adversaries more motivated to take him down (how awesome would dynamic difficulty based on character selection be?). Tom Neville, former insurance salesman and current psychopath, often switches sides, as he is only truly loyal to himself and his family. The potential for Tom-based narrative twists is nearly endless. Sebastian Monroe, who begins the show  in charge of the entire East Coast, would have access to the most powerful army in the nation before losing everything he owned, leaving him with only his fists and a heart full of rage. Designing missions based on a particular character’s play-style would allow the developers to get creative. They would not be stuck with one set of characteristics, so they could essentially combine the best aspects of multiple games into a single epic.

Picture this: You control a giant, armed helicopter, seeking to kill the small group of rebels ruining your general’s life. You appear to have them on the ropes…and then the screen goes black after a bright flash. The game switches perspective: you are running away from the first helicopter you have ever seen as it rains bullets down on you. You take it down with a stinger missile before fleeing into the night. Eagerly seeking revenge, you silently raid a military camp, stealing and stockpiling weapons. As the raided camp is left reeling, you turn their own weapons against them, bombarding them with M16 fire to provide cover for a sniper on a tower above. Your victory leaves an opposing general furious, and he sends his best soldier after your small group of rebels. The game switches control to this vicious assassin; you kill a number of hired rebel guns before realizing that the ringleaders escaped. The game switches control again, and you wander across the deserted Midwest, seeking to find answers as to why the lights turned off fifteen years ago.

Doesn’t sound too crappy, does it? 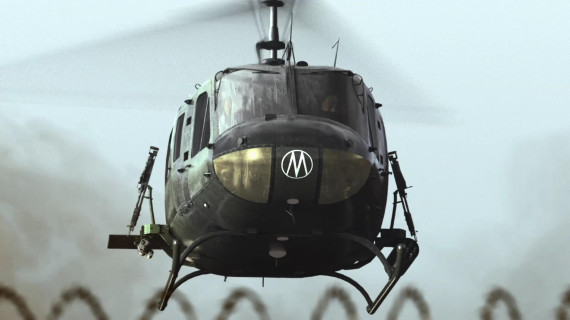 We are forced to watch Revolution‘s characters make major decisions rather than making them ourselves. In a recent episode, Miles had to choose whether or not to kill a brainwashed child soldier. He knew that this kid had the potential to make his future miserable, but he chose to let him run away. While this was a particularly meaningful moment, it could have been infinitely more powerful if we, as players, were able to make this choice. If you chose to kill the kid, a major future sequence would never occur, but your closest friends would likely abandon you. If you let him go, he potentially becomes the spark-plug for the next Civil War. We constantly complain about the presence of binary choices in video games; a real-world situation is rarely entirely good or entirely evil. Revolution: The Video Game would be full of the “morally grey” options gamers seem to be clamoring for.

Because Revolution is a modern television drama, the writers often attempt to use twists to keep viewers engaged. They need fools like me to come back week after week; they need to ensure that I do not give up on them. The concept of over the top television twists actually lends itself quite well to video game narratives. Almost twenty hours of Metal Gear Solid 2 were thrown out the window for the sake of  an insane endgame. Crysis 2 undermined its entire predecessor in favor of a jaw-dropping plot twist. Crazy twists can take a game from ordinary to great; we do not want to play through the final six hours of a game knowing how it will end. We want to be blown away. Revolution‘s bizarre twists and turns would fulfill this need, as I still do not know how its second season will end. 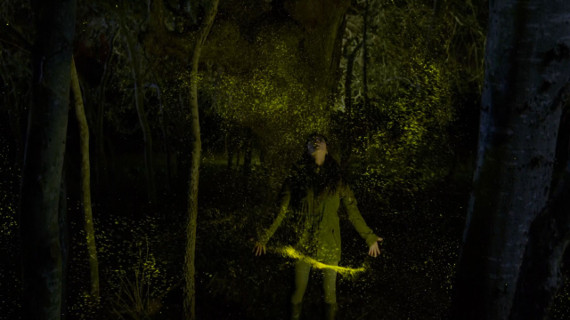 There wouldn’t only be guns, swords, and explosions; Revolution: The Video Game would have a great deal of oddity.

Still don’t believe that Revolution would be a great game? Well, let’s flip the script and examine this the other way around. Think about what The Last of Us would have looked like as a TV show. If you tuned in every week for sixty minutes, would you want twenty minutes of every show to depict clicker-death? How many episodes would consist of drawn out stealth sequences involving our favorite survivors getting from Point A to Point B? The engrossing environment would be lost to ratings-driven action scenes and tension existing only for the sake of being tense. Seven days of time away from Joel and Ellie every week would destroy the subtle beauty of their evolving relationship. The Last of Us works so well because of the vulnerability and terror players feel, and it all stems from being in control of Joel and Ellie. You are a part of that world, viewing it from the inside. This immersion makes it easier us to smile when Ellie pulls out her joke book; it makes us tremble while we sneak past that first set of clickers. I spent hours just looking at the damn walls, listening to the stories the world was telling me. Make The Last of Us a television program, and its wonder vanishes. Turning Revolution into a video game might actually infuse it with some much needed wonder.

Revolution appears to be on the road to cancellation, likely ending my partially-apathetic “joyride”. I will continue to watch with hope that the year and a half I have given this show will eventually pay off. I cannot give up now, I am too invested at this point. It is a shame, every episode leaves me wondering what could have been. Revolution should serve as a clear warning to the world:

Do not make a crappy television show when you could make a phenomenal video game instead.