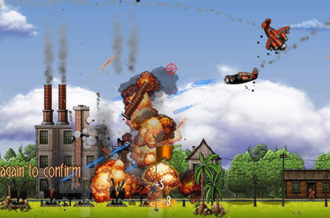 A new trailer was just released for Persona Q : Shadow of the Labyrinth which showcases another look at the combat in the game. The minute-long video features a quick glimpse of the battle, showing off battle animations and giving insight on how the Boost mechanic will work.

Persona Q : Shadow of the Labyrinth will be released on June 5 in Japan exclusively on 3DS.