At an investor’s meeting earlier today, Nintendo president Satoru Iwata briefly spoke of the company’s plans for an NFC (Near-Field Communication) program for Wii U and 3DS codenamed NFP, or Nintendo Figurine Platform. NFC platforms have seen huge success recently with both Skylanders and Disney Infinity, and Nintendo even tested the waters on a smaller scale with Pokemon Rumble U. 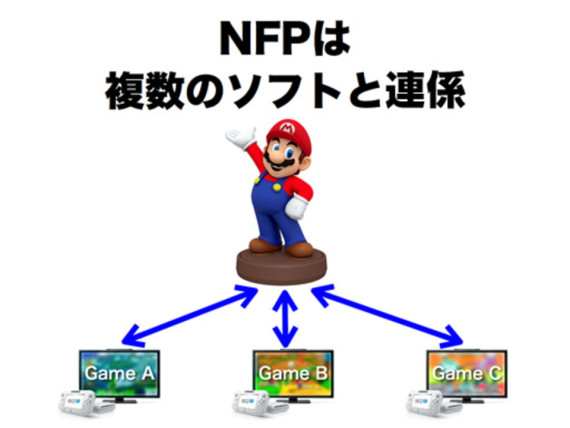 Unlike Skylanders or Disney Infinity, however, the figures will be compatible with multiple games, some of which will be revealed at next month’s E3, according to Iwata. Details were sparse, but a potential Mario figure and a concept image for a wireless 3DS portal were shown to illustrate the plans.

Iwata met with shareholders to discuss the realities of Nintendo’s less than stellar financial year, and to explain some of the company’s plans to bounce back and break new ground in their product offerings. A more determined foray into the toy and video game market could spell good things for the Japanese company, but we’ll have to wait for more concrete details to understand the full potential of the NFP proposition.