You may of heard of the Limited Edition for the upcoming release of Mario Kart 8 that comes with a Blue shell standee. Originally this was thought to be a Europe exclusive, but now it’s been confirmed to be available for purchase in the States. The downside is it’s only available at one and only one store, the Nintendo World Store in New York City. Why no other store is offering to carry this edition is anyone’s guess, but being exclusive to one store will certainly make this a rare item that’ll fetch a high price once there are no more around. 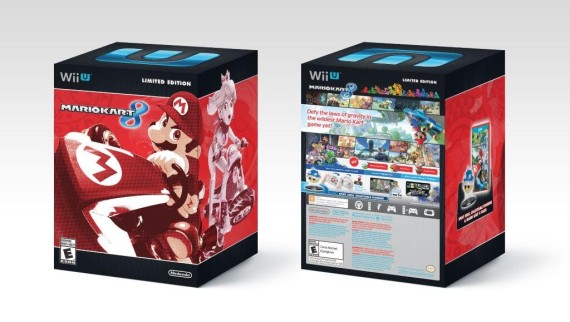 No retail price has been set, but rumors point towards it costing $80.00 and will be able to be purchased on the same day as Mario Kart 8’s release of May 30th. Nintendo World Store is doing an early launch event at 8 PM to Midnight.