Kickstarter has been the go-to place for even the most respected developers who want to create something entirely new and exciting, but lack the funds or any other specific means to do so, and such scenario is no different when it comes to the magic making developers at Maestro Interactive Games.

Having previously worked on Donkey Kong Country Returns for the Wii U and 3DS, a small team from Austin, Texas is looking to unleash Luna’s Tale: Curse of the Forgotten Doll.

Taking some ideas from concepts surrounding young children and their imagination with their toys, the tale of Luna centers around her entering her adult teenage years. While her attention has turned to her newfound boyfriend, the doll of her youth–Proserpina–was neglected. In the game, Proserpina comes to life, slowly and surely warping Luna away from reality and into a fantasy, dreamy and imaginative world. Luna finds that Proserpina has turned her boyfriend into a doll, and must traverse through various obstacles in order to reverse the curse. 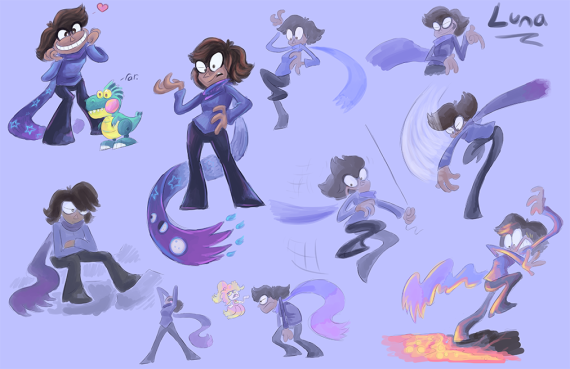 According to a GamePress release, the game takes a lot of the mechanics and story set-ups from some of the most popular platform games in the past — Super Mario, Yoshi’s Story and the Donkey Kong franchise to be exact.

“Luna’s Tale also incorporates a handful of additional player abilities to help mix up gameplay.  These abilities include, swinging on ropes, kicking a ball that interacts with objects in the environment and stuns enemies and shooting fireballs.  While these abilities are not core to the game, each of the abilities has several levels dedicated to it and players will need to learn and master each one if they want to beat all of the levels in the game.  Additionally these abilities create replay valuable as they are unlocked by allowing access to new areas of levels the player has already completed,” writes GamePress. 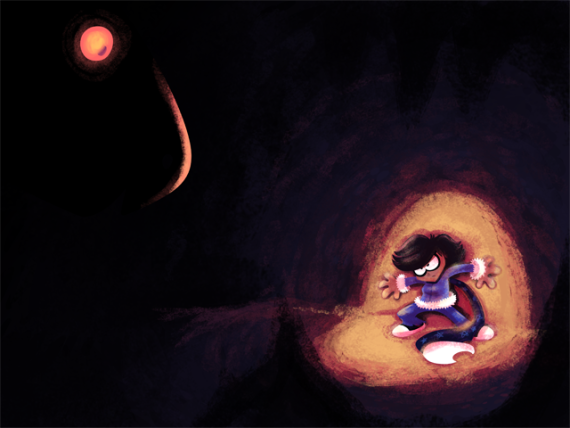 Pretty straight forward, right? This exciting and story driven game may be released sometime around the second half of the year 2015 if they reach their $35,000 goal in a little less than 30 days. The aesthetic of the game seems to be taking up most of the production time, as every character, every level and every boss battle seems to be completely hand-drawn. To reflect some of the experience from some of the current team members, the music of the game also has a bit of that Donkey Kong feel to it. If you’re interested in seeing the game take form on your PlayStation 4, PlayStation Vita and your Wii U then we suggest throwing your money at the screen now.

For more info on Luna’s Tale, check here for the Kickstarter page.