It’s been a few days since I last tromped through the servers of Landmark and the game needs to download a new update before it lets me in. This isn’t unusual by any stretch of the imagination due to the closed beta (and alpha before it) being under constant and regular development, so I blow off a few minutes and let it do its thing before heading in. After loading up my character, however, I can’t help but notice the entire world is looking mighty strange. The sky has some kind of rippling black effect running across its expanse and this is echoed on the ground. I was at the far outskirts of the square map in the lowlands, and a bit of looking about shows that the black wavy lines crash into the hills ahead. I’ll mine for resources later, because whatever’s going on is interestingly strange. Once I get a bit of height and can see what’s happened, however, it all makes perfect sense. The map is now no longer a square of land but rather an island in the middle of an ocean, and I’ve been walking on the seabed. Welcome to beta, where you can wake up one day with an ocean dropped on your head.

Landmark (formerly Everquest Landmark) is in its current state many things at once. It’s what you get when you combine a free-to-play MMORPG with Minecraft, minus the blocks. It’s a feature-rich sandbox of interlocking resource and building systems. It’s a fascinating look at what happens when players get free reign to kick around in a world where the rules are constantly changing. Finally and most importantly, Landmark is a game that’s still nowhere near what it’s eventually going to be. 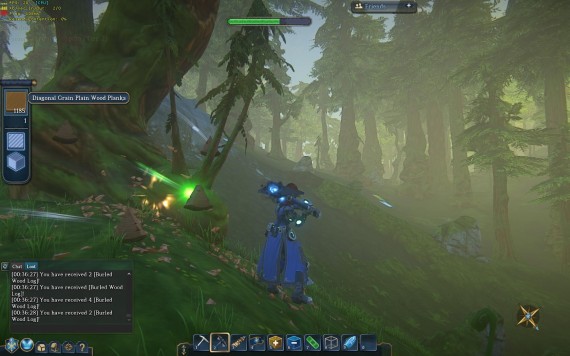 At its most basic, Landmark is a prettier Minecraft. You generate a character, hop into a server, pull resources from the ground, stake a claim, and build a place to call your own. You can’t build without tools, however, and this applies to the tools needed to harvest resources, those required for processing the raw materials, and even those necessary to design and build your epic fantasy home. And this is where it gets complicated.

At game’s start you’ll be in a Tier 1 section of the server, which is a map comprised of (as of Wednesday) a giant island with a few biomes. A helpful guide (also new since Wednesday) fills you in on your starting tasks- mine some copper with the starter pick, chop down a tree or two with your Superior Axe of Rock on a Stick, and find a nice plot of land to call your own once you’ve crafted a Claim Flag back at the server entrance-portal’s refining stations. Or you could walk around the land for a while and take in the sights, seeing what other people have created and getting a sense of the world. 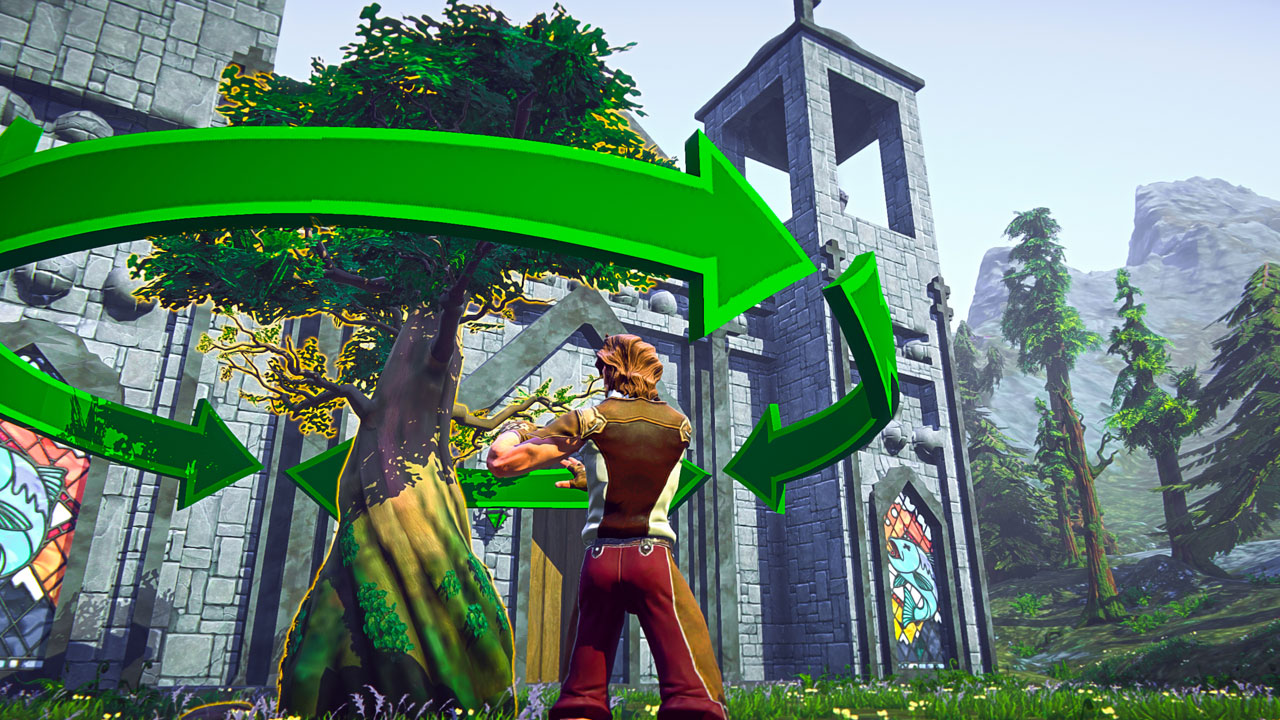 A Tier 1 land isn’t going to be the most developed area, because its resources are as low-level as “tier 1” implies, but there’s still some neat stuff to be found. Biomes have differing flora that offer special resources, copper and iron deposits poke up through the earth everywhere you look, and player claims have buildings ranging from “pile of blocks and walls” to impressive spires shooting into the sky. Not too high up, because a claim is a cube with a set height and depth limit, but still impressive when set atop a mountain. Still, after a whole lot of digging and chopping, plus borrowing the refining equipment that’s open to the public in various claims, it’s probably best to start exploring what the rest of the servers have to offer. You can make new and more effective tools, and even a couple of the basic refining machines, with what’s available in Tier 1, but anything fancier requires leaving the familiar hills of your starting zone.

Honestly, though, at the moment it’s a bit of a treadmill. There’s no death, no threat, and most of the time you’ll be gathering resources by clicking on trees or veins of ore. Once you’ve got an iron pick you can mine tungsten, which is a major component in the next, more powerful pick, which will be necessary to mine new ores with which you can create an even more powerful pick. Which is a bit of an oversimplification, because you’ll also need a refined wood that’s a combination of two types of lumber that drop at a rate of 1-2 per tree, plus a bucketload of gems. Still, once you’ve earned that pick you can use it to mine the new resources required to create new refining devices that will let you build accessories, clothes, and even structural design tools. 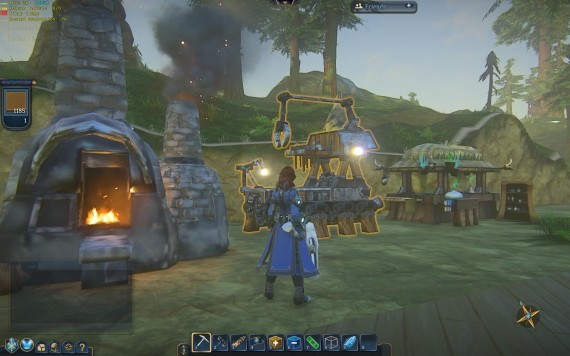 At game’s start all you’ve got to play with are the Add, Remove, and Heal tools. They can only be used in your claim, but can edit the land in all sorts of ways. Add and Remove let you create a cube or sphere of varying sizes and place it wherever you’d like, locked to an invisible grid for ease of placement or toggled to free-form movement if you want to get creative. The mouse wheel changes the size of the cube/sphere, from tiny to huge, and you can use it to add and subtract material from the landscape to your heart’s content. Removal is infinite while Add takes resources, but standard mining and harvesting means you should have more wood and stone than you know what to do with. You can even choose what pattern you’d like, in terms of wood grain or stony surface. You won’t be doing anything properly fancy until you’ve built the Select tool, however.

The Select tool lets you grab something you’ve built and extrude, expand, and copy. I wanted a wood floor and didn’t like the idea of putting down a million individual blocks of wood, for example, so I placed one in the corner. Then I pulled out the Select tool and highlighted the tiny block, pulled one side of the cube to the desired distance, and switched to Add and clicked to have a very long wooden rectangle. Switch back to Select, grab the other axis, pull to desired width, and click on Add again and, while it’s not Instant Floor it’s pretty close. Combining the tools leads to quick creation, once you’ve learned how they fit together, and there’s several advanced ones you can build for more detailed work. Once you’ve got a building you like, or even piece of building, the Select tool lets you create a template you can pop out as a pre-built unit anywhere you’d like in your claim. Building a log cabin is a lot simpler if you can create one log and clone-stamp your way to success. 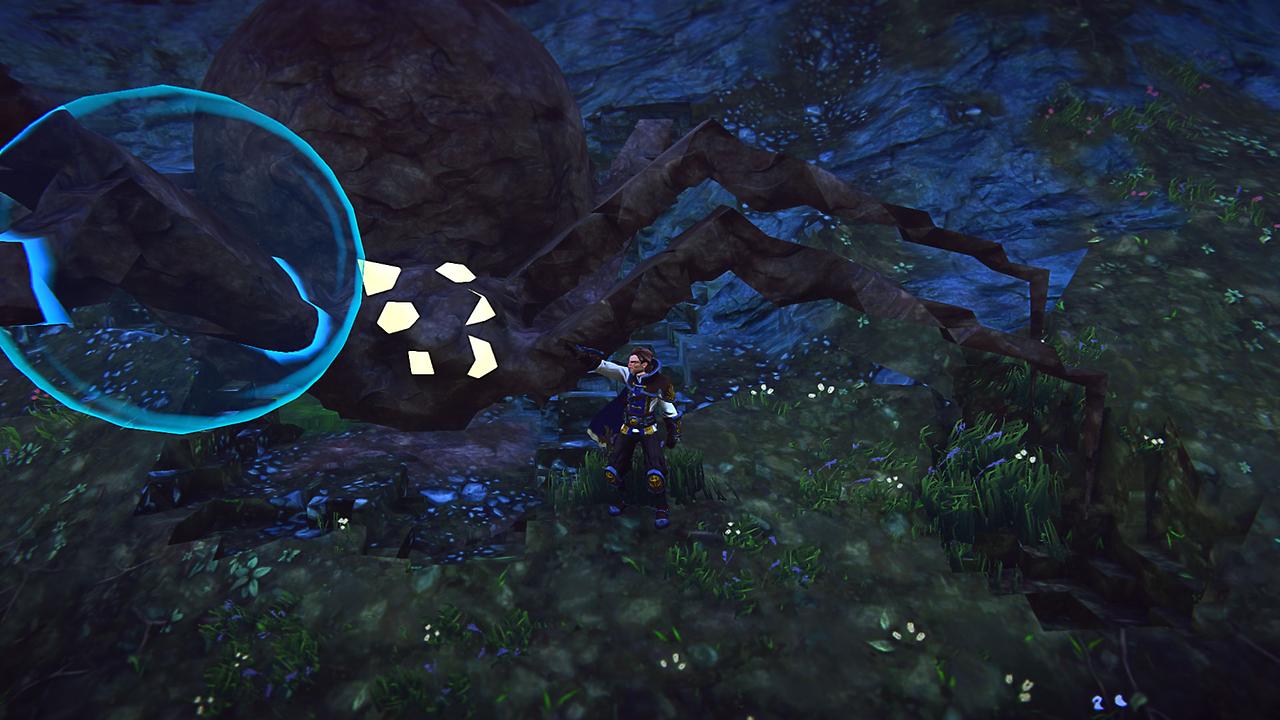 There’s definitely a learning curve, however, and the Help section is a one-page work in progress. Getting into the game properly is going to require leafing through Youtube tutorials, a few visits to the forum, and a fair amount of patience, but it’s oddly fun to watch the systems of the beta get hammered into shape. It takes a different mindset to enjoy than the usual “sit down and explore”, but seeing half-formed processes evolve into usability or die the harsh death of natural selection is strangely compelling. It also helps that there’s a ton of content on the way.

Take the water, for example. Right now you can’t swim, or even fall through its surface. It can’t be carried anywhere, there’s no rivers or lakes, and it’s little more than a pretty special effect. On the plus side it’s something that exists, and that couldn’t be said on Monday. Coming up next is wildlife, some form of player damage, the various healing systems, weapons, and stat buffs combat will require, and maybe some form of player stats not directly tied into equipment. Or not, because all of that is a ways off and anything that gets put in can be pulled out or completely redesigned just as easily. 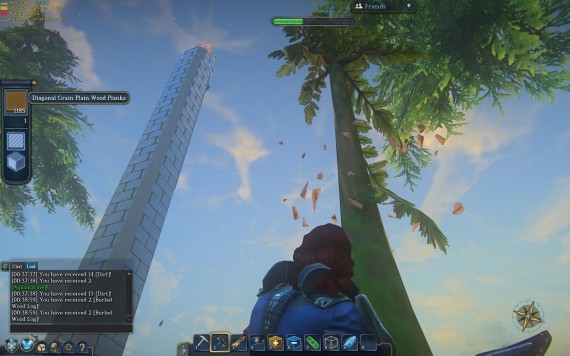 If it’s not apparent it’s a bit too early to have any kind of solid opinion on Landmark. The constant updates mean that the things that are annoying today (like crafting recipes that used to require a ridiculous amount of resources) will be adjusted tomorrow, and the things you can’t do may not remain un-doable for long. The core of the game is solid, though, tested and proven by Minecraft and its many progeny over the last several years. Landmark is fusing the resource sandbox with a free-to-play MMORPG system, and so far it’s working out pretty well. The servers are big and have plenty of landscape to explore, resources are relatively easy to find once you know your way around, the building options are robust once you’ve built the tools and put in some practice. Landmark is still a bit obviously a treadmill at heart, but it’s a good treadmill that’s getting better on a week-to-week basis.