The news is only a couple days old and the teaser trailer only lasts thirty seconds, but we’re going to dive straight into what we know and what’s to come with Pokémon Omega Ruby and Alpha Sapphire. Unfortunately, Nintendo and Pokémon have been sneaky as of late when it comes to their games, so there is only so much that can be taken from what they’ve shown us. So, let’s start throwing theories around. The first thing we see is a 3D Pikachu running into view to let us know that this is in fact a new Pokémon game. But, big deal, it’s just Pikachu, right? It’s not like we’ve never seen one before in the last 20 years. That’s a good sign, though, as it solidifies the use of 3D graphics and Pokémon speaking. In the majority of Pokémon games, Pikachu never says its name until Pokémon X and Y came out and used its voice from the anime. Pikachu does the same here, making for a pretty legitimate conclusion that it’s going to be like X and Y. 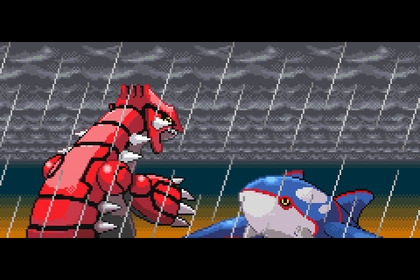 Lo and behold we are shown Groudon and Kyogre, the mascots and legendary Pokémon from Ruby and Sapphire. This confirms what many fans have been longing for. After FireRed, LeafGreen, HeartGold and SoulSilver were made, we all waited for the Hoenn region to have its remake. However, has Hoenn been confirmed? The video clearly states a new adventure in a new world is coming. What does this mean? Is it not taking place in Hoenn or did something happen? The trailer calls the new world “dramatic,” but that doesn’t mean it’s not Hoenn. Maybe the land changed in such a powerful way that it’s nothing like the Hoenn we remember. Kyogre and Groundon are known to engage in titanic clashes, perhaps their latest changed the world forever. Hoenn can still exist, we would just be exploring new towns and land formations or sea formations for that matter. Or it’s all the same with just new places to visit like they did in LeafGreen and FireRed.

Now, on to the names of the games. Omega Ruby and Alpha Sapphire already have some seemingly epic titles but it gets even crazier when you learn more about them. Alpha means the beginning and Omega is the end. The two coming together could be the works of an apocalyptic storyline, even the Bible tells us so in Revelations 22: 13. And, in Fallout 3, the Bible verse is prominently featured in the story about war. For Pokémon Alpha Sapphire, perhaps Kyogre flooded the world and in Omega Ruby it’s Groudon who raises continents. This new footage of a cutscene proves they’re about to duke it out. There is no sound, however. Another theory could suggest one game as a prequel and the other a sequel to the world of Pokémon. Many have compared the new images of Kyogre and Groudon to feral forms of Palkia and Dialga. In those forms the Pokémon have a different glowing pattern and cannot control their own powers thus wreaking havoc. And who knows where Rayquaza will factor into all this. 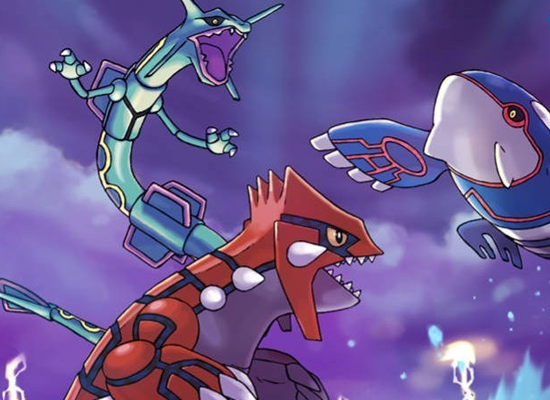 The games are still months away and new information could be a ways down the line, but it’s always fun to speculate when it comes to Pokémon. Fan theories are interesting and maybe we’ll be right. Stay tuned for more information but who knows, you may have just heard it all here first.