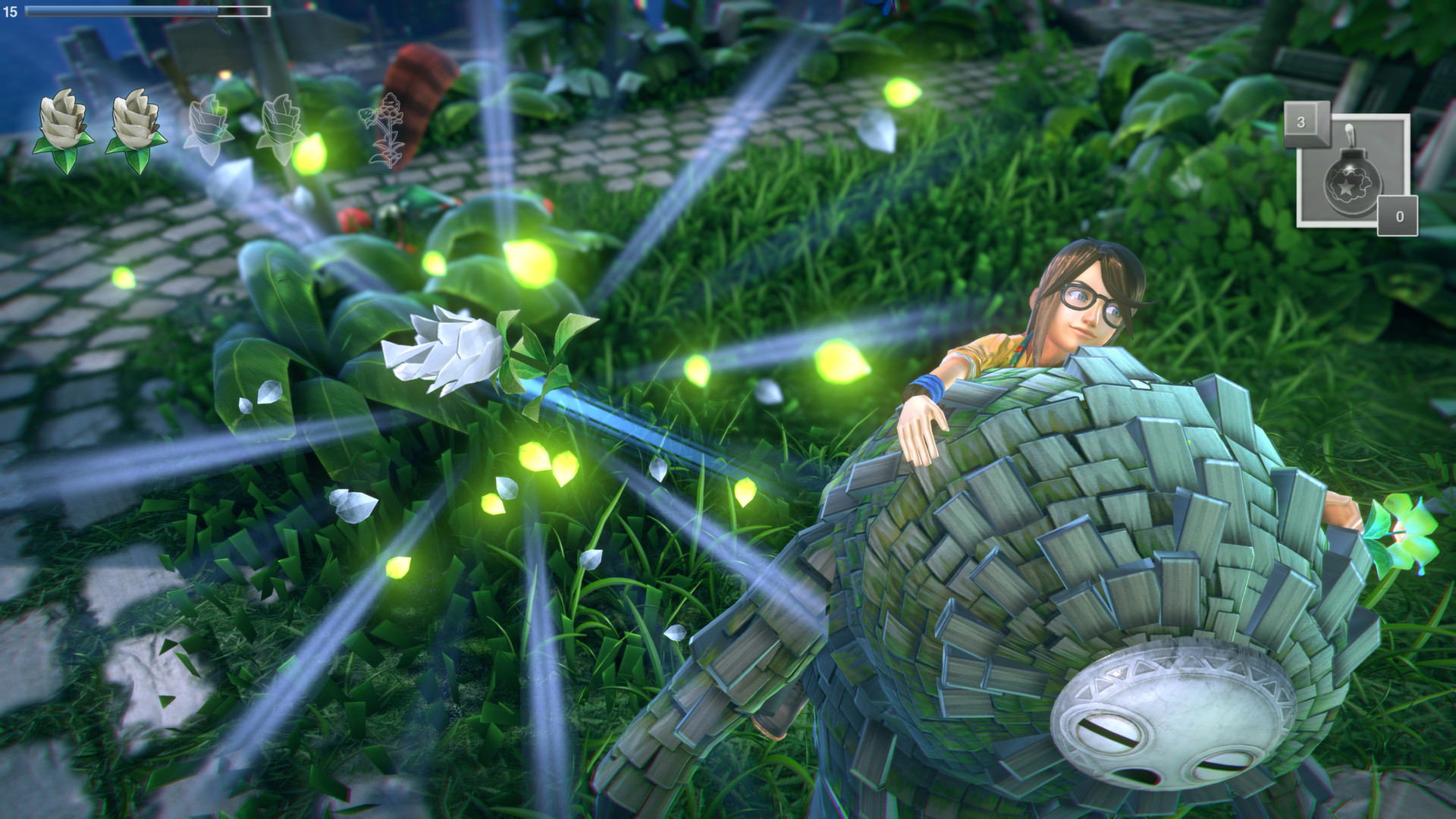 Lili: Child of Geos is an odd little game that initially launched for iOS. Upon bringing the experience to PC, developer BitMonster spruced up the game and launched it on Steam. Being aware of the game’s history helps explain why some aspects still don’t feel quite right. In either case, playing Lili provides an experience unlike most everything else on the market (PC, mobile, or otherwise).

In Lili: Child of Geos, you play as a young botanist named Lili. She has just been sent to the supposedly uninhabited island Geos as part of a school research project. Of course, as soon as Lili arrives she finds that the island is anything but empty. Strange wooden creatures mill about the various cities and speak about what’s on their minds. Although her goal is simply to collect samples of flowers and head back home, Lili ends up getting caught up in the affairs of Geos’ locals. 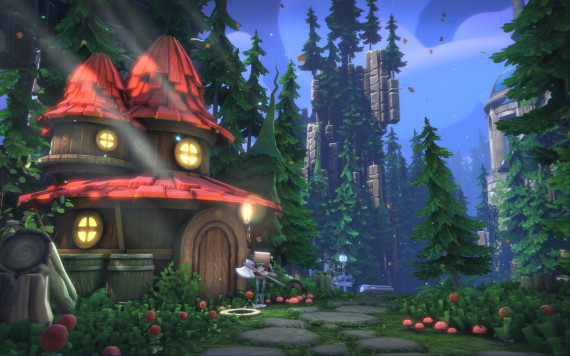 Your journey still does consist of collecting copious amounts of flowers, though. Many can be nabbed from the sides of roadways but rarer red flowers are only available from missions and enemy encounters. Most missions are unnecessary to complete the game but help pad out the otherwise very brief experience. These involve searching for specific characters, taking photos of locations, and a handful of other one-time requests. Citizens in every sector have missions to complete and usually contain goals to their own town.

Usually, battles are the way to keep the storyline progressing. There are two classes of “people” in Geos: slaves and oppressors. Of course, in this mostly child-friendly game they go by the names Constructs and Spirits. Your goal is to defeat Spirits basically anytime you see them. They tend to run about town simply being jerks. Once spotted, Lili must jump onto their back and pick the flowers that spurt from their head. It is incredibly odd, and is where the game reveals itself as an iOS port.

Pulling the flowers is accomplished by clicking and dragging on them before Lili’s grip strength dissipates. This would likely be very easy to accomplish on an iPad, but takes a little more practice with a mouse. Not only must you nab enough flowers before the time runs out, but players must also be wary of dangerous thorns and bombs. The fact that Spirits thrash their heads around wildly also doesn’t help one to carefully hone in on flowers.

There’s not much to Lili: Child of Geos beyond that in terms of gameplay. It plays simply enough to cater to a young audience. The art style is also very appealing to children (or anyone, honestly). The art style is colorful, creative, and really lulls one into the strange island. The graphics are stunning enough to make it seem like this game was designed with PC in mind. For some reason Lili can also collect hats, masks, and outfits to further immerse herself into the locale.

Although the gameplay and visuals make it appear that this is a very child friendly game, the writing takes a strange spin on things, feeling more representative of a teenager’s sense of humor. It stands out as very unexpected – and humorous – for an older audience. These are not sly jokes hidden underneath other text but basically the whole of the game’s dialogue. It’s a weird mish mash and hard to tell what age group or audience BitMonster were actually targeting.

Lili: Child of Geos is an absolutely gorgeous game with little on offer beyond its imaginative world and whimsical writing. The gameplay might work well on mobile devices, but seems far too shallow for most PC players. It’s a shame that the gameplay is so mindless because everything else about the experience is pretty capable. Unless you’re an obsessive achievement hunter, Lili: Child of Geos will only take 2 to 3 hours to beat as well. If you’re still intrigued by Lili, go with the far less expensive iOS version and enjoy its repetitive play in short bursts.