The influx of HD remasters may continue with the corridor-shooting insanity of Infinity Ward’s most highly praised Call of Duty titles. An image describing the Call of Duty: Modern Warfare Collection recently surfaced on the Xbox One subreddit, revealing an as-of-yet unconfirmed November 25th worldwide release. If true, this gives the gaming community exactly what it has been clamoring for: even more Call of Duty. 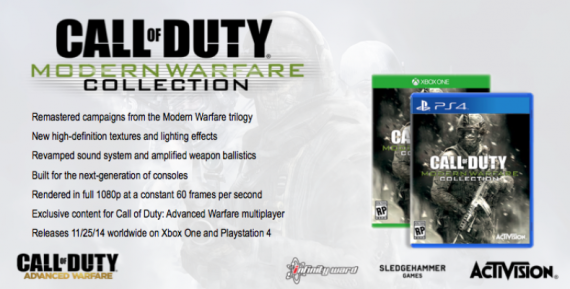 Granted, this is entirely based upon a Reddit image, so take it with a grain of salt. If true, two major Call of Duty titles will hit stores in the same month, something entirely unheard of in the popular shooter franchise’s history.