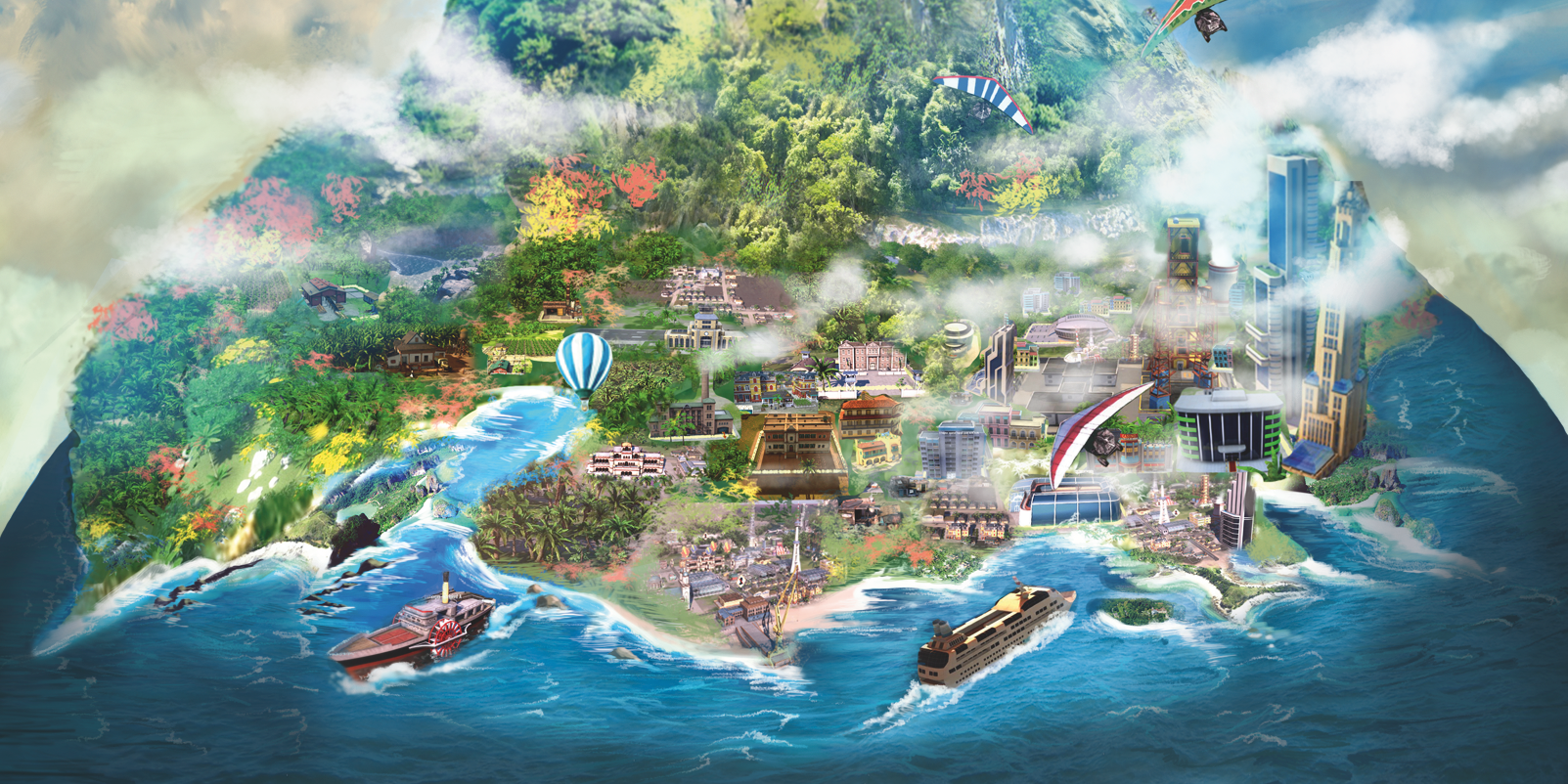 It’s difficult being the 5th installment of a game like Tropico. It’s hard to find the right compromise between satisfying fans of the series by expanding the amount of content in interesting ways and making the game accessible to new players. Tropico 5 opts completely for the latter.

For those unfamiliar with the series, Tropico thrusts you into the role of ruler of leader of a Caribbean banana republic and challenges you to grow both your nation and the balance of your Swiss bank account. Over the years you’ll meet the challenges of rebellion, unrest, elections, housing, pollution, trade, education, imperialism, warfare, global politics, growth and city management, mostly by building the right mix of buildings in the right locations, micromanaging them and issuing edicts that come with some trade off. Throughout the game challenges are issued to the player. Some of these challenges are mandatory for advancement through the game, and some of these are optional, giving benefits for completing goals that the player may find convenient or completely disastrous. All of these challenges and any cut scenes and dialogue are all done for comedic effect and usually give me a chuckle… at least the first couple times I hear it. 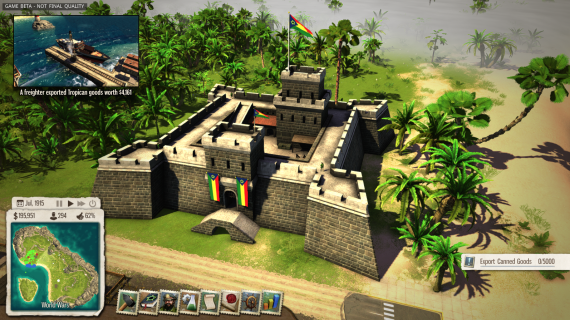 The sheer number of structures that a fully DLCed T4 had at its disposal was truly grand. Rather than starting with the same depth T4 eventually attained, they’ve opted to go with the absolute bare minimum, presumably so that they can portion out all the other T4 buildings in $5 DLC packs (Penultimo would be proud). The game does have a nice interface, but it’s hard to say that it’s any better than T4’s, just different. However, the veneer of this actually being a new game rather than a stripped down T4 immediately ceases when a Tsunami occurs and an oil tanker from 60 years in the future (the oil tanker from T4) gets washed ashore. There are actually numerous illusion-breaking moments in the game, especially seeing passenger planes constantly flying through apartment buildings. Just a little bit of collision detection/prevention would do this game a world of good.

Tropico now features “Dynasties” where you have five leaders with one attribute instead of the old single leader with three attributes. Far more interesting is the introduction of building “managers” who have some effect on the building to which you assign them, such as increasing production or job satisfaction. This can be very useful though a little time consuming later in the game. At first I wasn’t quite sure of the best way to manage this, but eventually did find a system of sorts in the “People” screen.

Tropico 5 has three modes: Campaign, Sandbox and Multiplayer. The campaign is the game’s true gem. The missions are diverse and you get to maintain your cities from one mission to the next. The game’s signature tongue-in-cheek humor is stronger than ever with the return of fan favorites like Penultimo and the introduction of a new round of colorful characters. It is these characters that truly give the game its signature flavor, and in this area doesn’t feel neglected. The campaign is rather long and even replayable a few times as you can try out the missions on two different islands.

The sandbox mode got old very quickly, lacking the sort of depth in city building/management that a game like SimCity would have.  Unfortunately, it lacks the depth of its predecessor in more ways than just the number of buildings. In T4, the sheer number of overlays and graphs one has access to made city management not easy, but straightforward. For example, in T4 you can put up an overlay that shows job satisfaction building by building across the island and take steps to improve the situation. Tropico 5, by contrast, has nothing of the sort. The game seems to think what it should tell you is the unemployment numbers, which is pretty frustrating when the 12 unemployed people on your island of 1000 are dragging your job satisfaction below 50. In fact, faced with no idea what to do other than constructing lots of schools and colleges, I was never able to get my job satisfaction over 50%. This made it so that I had no real idea how to increase my approval and spent a lot of time reloading saves after losing elections and then taking a bunch of random actions in the hope that it might have some effect. Also, basing the effect of many buildings on their altitude without giving us an altitude overlay is just silly.

It’s not all bad news, however; the different time periods actually feel distinct from one another, which was a feature T4 didn’t quite live up to. It’s interesting to move from the colonial period where the issues of the day are revolution and loyalty to the crown, through the world wars where there is serious military danger, into the cold war and finally to our multi-polar present. The invasions and other military situations that arise in T5 also live up to the game’s ambitions in a way that T4’s did not. Tropico 5 also features something of a tech tree that forces you to decide the order by which you gain access to more advanced buildings, a popular and rather obvious feature in many new games that works to its intended effect here quite well.

Tropico 5 manages to disappoint more than it excites, a balance that will hold true for many fans of the series. Tropico veterans will enjoy the campaign’s diversity and sense of humor, the new manager system, the distinctness of the time periods as well as the new tech tree which requires the player to do a little more long term planning than in previous games. The problem is that many things that you want to do and see have been omitted and not replaced, making the game seem like a stripped down version of its predecessor, except in the few places (managers, tech) where the time was clearly spent. Until the rest of the game is released in the form of DLC, at least, it’s hard to imagine a good reason to go with Tropico 5 instead of Tropico 4 unless the addition of a tech tree gets you excited.