Since the Xbox 360 was released back in fall of 2005, the concept of in-game achievements tied to a global profile has become ubiquitous across gaming. Though most games in those early days of the 360 struggled to find the best way of implementing them, achievements were immediately one of the most popular features of the new console. Soon later both Steam and Playstation Network introduced their own versions of achievements, and today practically every service other than Nintendo Network has a unified achievement system. Despite serving no real purpose within games and only adding to a number on a profile level, achievements and trophies remain something that many get invested in; but what is the key to tapping in to that achievement chasing mindset? 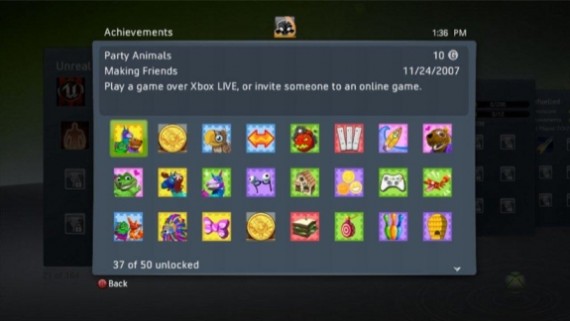 Some individuals, like as those at the top of the global gamerscore leaderboards, have gotten completely absorbed in achievement chasing to such an extent that there is no threshold to their achievement desire, they go for everything. For myself, there was a time when I was into achievements to a fair degree, but not any longer. I went as far as to rent games like History Channel Civil War and Lost Via Domus in large part because they were known to be an easy 1000 gamerscore. For the first several years of the 360s lifespan I averaged over 15000 gamerscore a year and spent far more time than was prudent in attempts to attain rare and time consuming achievements, such as the Endless Setlist in the original Rock Band. However, I soon became fatigued with achievements and mostly gave up making them any sort of priority. These days I mostly play games to enjoy them, but still find myself going above and beyond for achievements and trophies on occasion, which has made me all the more interested to determine what the difference is between achievements I am more than happy to ignore and the ones that awaken my inner achievement junkie.

Moving beyond collectibles, many of the best achievements are the ones that get you play the game in new and interesting ways and think differently about the mechanics. While by no means super involved or difficult, the various achievements in the Mass Effect games that task you with using all the different types of powers encourages you to experience the variety of options present in the combat. Similar achievements can be found in many games, the weapon and special execution achievements in the Gears of War series being another example, and are always great ways to encourage you to make the most of the variety these games have on offer. There are plenty of other examples of achievements that present you with interesting new ways to play the game, such as the various campaign achievements in F.E.A.R., many achievements across the Halo games that task you with completing levels in specific ways, and things like “Pacifism” in Geometry Wars. 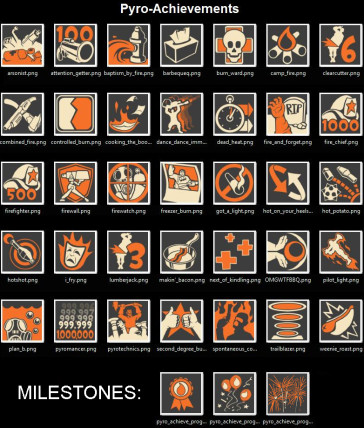 Another type of achievement that can often be very enticing are those that present you with a significant degree of challenge. The majority of achievements in most games are nothing more than simple tasks that take effort, but not skill. These are things like “kill x number of enemies,” “collect x number of an item,” or “reach the level cap.” Beyond these time oriented achievements, some games have those that actually require some degree of skill to accomplish. Before achievements I was always a person that played games on normal difficulty, but now I will tackle higher difficulties in some games. You never know what you’re going to get with difficulties, with games like Call of Duty the highest difficult is a supremely cheap and frustrating experience while in games like The Last of Us and Halo the highest difficulty offers a challenging and rewarding experience that many would never bother trying without that extra incentive of achievements.

While well tuned high difficulty settings can be very enjoyable, some of the best challenge achievements are ones that go a step further. One of the achievements I was most proud of unlocking was “Mile High Club” in Call of Duty 4, which is surprising given how poor veteran difficulty is designed. The key to mile high club is that it takes the extremely unfair difficulty of veteran and turns it to 11, but is condensed into such a small and quick scenario that you can try over and over again until you get it. It’s extremely frustrating, but it straddles the line between cheap and challenging to make you want to keep striving to complete it. Another example of a great challenging achievement is “Brass Balls” from Bioshock, which adds an extra twist to the highest difficulty to make it more difficult but also more interesting.

When I look back at all the games that compelled me to put forth that extra effort in order to unlock achievements, almost all of them were games I liked a lot, but also games with well designed achievements. My love for Mass Effect was enough to compel me to 100% the entire trilogy, but despite being among my favorite games of last year, nothing could compel me to find all the collectibles in GTA V. Whether it’s challenge, creative gameplay, or just a commitment based side of effect of playing a ton of a great game, the best achievements are the ones that are fun to get, while the ones that demand countless hours of tedious collecting or replaying the same levels ad nauseum are the ones that get ignored.