Nintendo has always been a distant third in the online functionality race, eschewing traditional connected experiences for more bizarre ones. Granted, StreetPass is an overwhelming success, but its basic peer-to-peer gaming has largely been a failure. Sure, one could point to Mario Kart 7 or the fact that the Wii U version of Call of Duty: Black Ops II wasn’t a smoldering dumpster fire; however, the Nintendo-Internet relationship has been rocky at best. I provided the aforementioned information because what I’m about to say next is nothing short of brain-breaking:

Out of every 2014 release, Mario Golf: World Tour has the best multiplayer experience. 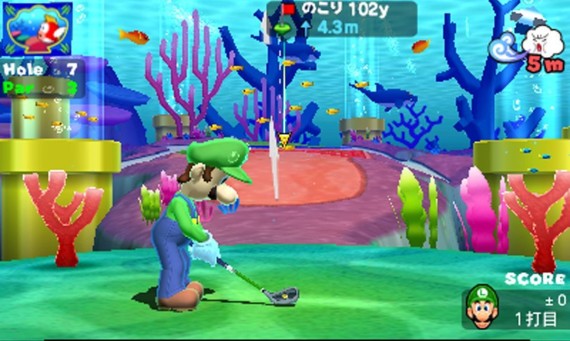 “Hold the phone mister! What about them Fall Titans and Watchy Dogz?!” Look, terribly naive old woman, this will all make sense in due time. Before making my case as to why Mario Golf: World Tour is the premier online title thus far in 2014, I need to get the following points out of the way so that I don’t burn down the Internet: 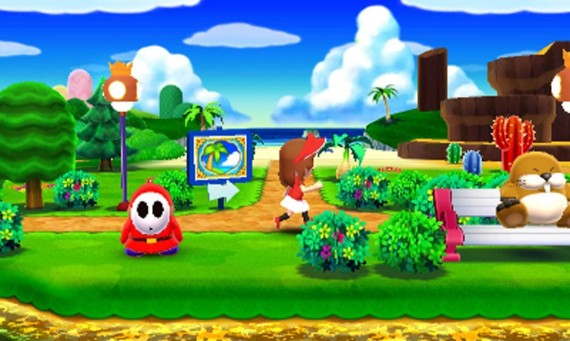 Okay, I’ve angered the already angry Dark Souls II community, and alienated the already alienated MOBA and MMO communities. After disqualifying a number of insanely popular games for completely arbitrary reasons, I’m ready to back up my bold claim. Without further ado, here is your two-round head-to-head online multiplayer battle to the death:

Watch Dogs boasts mildly seamless multiplayer integration, allowing players to hack a random person’s game at nearly any time. Though Online Hacking is not the only game mode, it is easily the most publicized and discussed. The 1 v. 1 hacking showdowns are nothing short of epic, as the desperate feeling resulting from Online Hacking’s cat-and-mouse gameplay is enthralling. Those of us who love to play as absolute jerks in open world games (I am a God damn savage in Watch Dogs) will take great pleasure from impeding the progress of others. Add a number of other interesting modes, most notably the eight-player Decryption mode where two teams of four battle across Chicago over ambiguous data, and you’re looking at a surprisingly novel and unique online experience.

However, Watch Dogs is lacking in one key element: Waluigi.

In all seriousness, though the asymmetrical gameplay elements of Watch Dogs are arguably stronger than Mario Golf: World Tour‘s worldwide tournaments, Ubisoft’s open-world gameplay doesn’t hold a candle to Mario Golf in terms of competitive play. Being able to hop into a 2-4 player online match with numerous rule options taps into the pure competitive spirit that lies at the heart of all great adversarial multiplayer games. Every shot matters in Mario Golf: World Tour, and every mistake requires brainpower to correct. Watch Dogs‘ online multiplayer modes prey more on our desire to troll than our desire to win, making it a fundamentally weaker experience than Mario Golf: World Tour.

Ah, here is the whopper. How in the world can I say that an arcade golf game is better than the shooter that captivated the world for three weeks? Wait…I just spoiled my own argument. While Titanfall provided incredible water-cooler moments for a short time, its longevity is highly questionable.

There’s no arguing that Titanfall beats Mario Golf: World Tour in terms of pure coolness, as its Titan gameplay can be likened to smashing two Transformers action figures together repeatedly. The speed and parkour mechanics may very well ruin slower first-person shooters for many gamers (they make Battlefield 4‘s soldiers feel like they are trudging through quicksand). Stuff explodes everywhere, and it seems like something incredibly awesome is constantly happening on every map. Using incredibly dumb AI grunts as a farming resource turns Titanfall‘s take on Team Deathmatch into a fairly strategic experience. It’s a seriously neat game, but it gives players no reason to keep playing. Containing basically no customization, Titanfall feels like its setting the stage for an epic sequel. One can only increase a level bar so much before it gets stale; once the allure of its gameplay wears off, Titanfall becomes a slightly dull experience.

Mario Golf: World Tour, on the other hand, gives players numerous reasons to come back. From timed online tournaments to unlockables, Mario Golf‘s depth is undeniable. It is the perfect game to fool around with while half-watching Netflix, as its leisurely pace is absolutely relaxing. The 3DS’ worldwide appeal means that someone is always online, meaning match-making is never difficult. Mario Golf: World Tour feels far more like a hobby than it does an individual game; hopping into am 18-hole match every day seems far more feasible than hopping into a daily game of Attrition. Maybe it lacks the sex-appeal of Titanfall (though Peach is rocking a high-cut dress, ooh la la), but six months from now, what are people going to be playing more of?  Oh, and let’s not forget that Baby Bowser is just as intimidating as an Ogre Titan.

While Destiny and Evolve will likely outshine Mario Golf: World Tour when all is said and done, Nintendo and Camelot’s golfing title is 2014’s best online multiplayer experience so far. Boasting direct competitive play and exciting online tournament leaderboards, it will keep you entertained for countless hours. There is always an opportunity to improve your skills, though weak players will still have a blast. If my case isn’t strong enough and you need further convincing, let me turn to the great philosopher, Toad, to lend more credence to my argument: