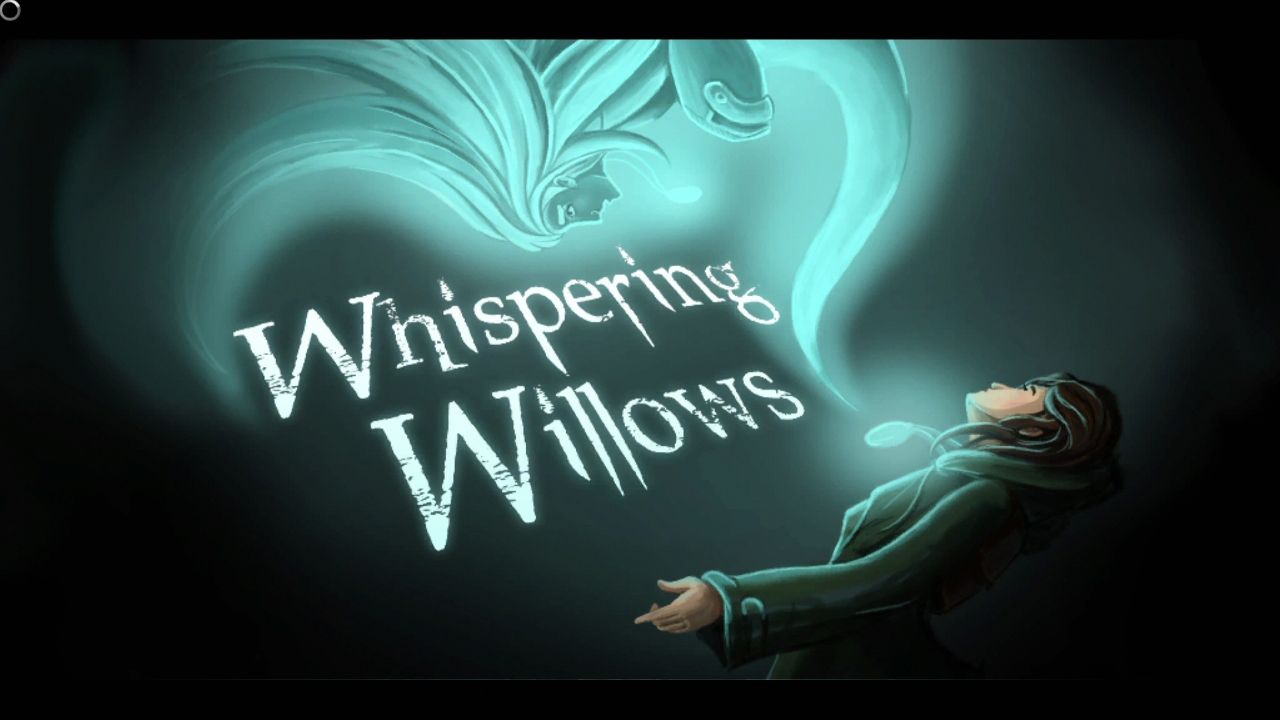 My initial impressions of Whispering Willows were quite positive, and spending more time with the game only shined a brighter light on its strength. As Elena, you’re out to find out what happened to your father, but also others (including your spirit guide of sorts Flying Hawk) in the mysterious Willows mansion. This 2D side-scrolling horror/adventure game gives you a gorgeous art style and a bit of a slower-pace to things than you might be used to. It’s not quite like the Super Famicom Clock Tower since it’s not a point-and-click, but it’s got the same kind of terror in it where you never know what you’ll get from room-to-room. As a twist, it’s more of an open-ended game, so you get a horror game mixed with Metroidvania and a touch of adventure/RPG gaming as well.

The bulk of your time is going to be spent puzzle-solving, and those puzzles rely on finding things. In that sense, the game is structured a lot like a point and click game. Merely getting from point A to B won’t progress things — you have to meet certain conditions and find certain items to move the story along. Sometimes, solutions are obvious and just revolve around finding an item. Other times, you’ll need to go from Elena’s human form into her spectral form to flip a switch and then swap back to keep going. The puzzles can be very tricky, but are rewarding to figure out. The RPG elements largely extend to having to maintain an inventory of items you’ve found, which you’ll be relying on as time goes on. You won’t be using them for things like constant healing like a JRPG, but will have to hold onto things in order to have them for a particular section. An item you get early on may not make sense at the time, but within an hour, it likely will.

The pacing of the game is such that you’ll want to devote hours of time to it. Sure, saves are done fairly frequently, but it’s easy to get 80% of the way through a puzzle and not really know it, and then stop for a bit. In doing so, you come back without your mind completely focused on the task at hand and wind up spending twice as much time just getting back into the wing of things mentally. The game’s slow pace makes this an even greater concern since you’ll be using your brain at all times to simply remember where you’ve been and where things are in relation to other landmarks in the game’s world.  The pace is on the slow side, with methodical walking being the standard way of moving around and no run button used. Running is possible, but only at certain points — and it benefits the game as a whole. The slower pace ensures that you aren’t going to overlook crucial items or world-engrossing notes from deceased characters, while the few running sections that are there let you know that business is picking up.

Whispering Willows does what it does very well, but also has a nearly-fatal flaw. Despite the wide-open nature of the game’s world, there’s no map. It’s a bit like trying to play the original Metroid after getting used to a map being in a Metroid game. It’s possible, but much harder and more frustrating than it should be. There are catacombs sections that look very similar to each other, and interiors of buildings tend to look similar as well. You can solve this problem by either taking detailed notes or making a map for yourself, but in a digital age, and on a controller with plenty of buttons to use, it just seems odd to not have a map function.  A lot of games like this get around the map being illogical by having it be something that was left behind — a narrative idea that would fit in just fine here since you pick up notes from the departed anyway. You can use their location as a location memory device, or better yet, remember where things are by remembering which spirits you talk to where. You only meet them in one location, so it’s pretty easy to keep track of things that way if you do that. It’s still more work than should be needed though, and it definitely drags the game down a bit. Beyond the  lack of a map, there’s nothing to complain about with the controls. Everything can be re-mapped if you don’t like its button placement, but the default setup is logical and easy to remember. Everything is responsive as well, and I never had an issue with the OUYA controller just sending my character wherever it wanted to at random points.

There’s a lot to like about Whispering Willows‘ graphics. The 2D animated look for the characters stands in a stark contrast to the more fleshed-out environments, and yet it never seems to clash. The characters seem to fit within the world just fine in execution even if that shouldn’t work in theory. Animation is reasonably smooth, although there are some hitches when it comes to walking and turning that just don’t look correct to the eye — like a frame or two was taken out. There’s a chance that was done for timing reasons and to allow slightly snappier escapes from danger, and it really doesn’t detract from anything as a whole. The only part of the graphics that I found a bit ugly were the animated cutscenes, and that was due to fairly heavily pixellation in them at times. They look sharp enough to see what’s going on, certainly, but they also have a slightly pixellated look that you don’t see very often in a new game. At over 400 MB, this is one of the larger games on the OUYA, and it’s entirely possible this issue is coming up just to keep the file size down. I cannot fathom the PC version coming out in three weeks and having the same issue. The sound design is fantastic and relies heavily on atmosphere. Musically, everything was created to creep you out. The soundtrack is haunting, and makes every step you take a bit more uneasy. Speaking of steps, the sound effects for walking around are excellent. They change depending on what kind of surface you’re walking on and it adds a lot to the ambiance. Since the game is meant to make you feel uneasy whenever possible, everything about the audio succeeds at accomplishing that goal.

Whispering Willows’ slow pace isn’t for everyone, but it worked in the game’s favor more often than not. Its goal is to freak you out to some degree at all times, and it accomplishes that with a dark world, a creepy atmosphere, and effective sound design. The open-world design is well-done, although the lack of a map is a major flow. It’s one of the OUYA’s best-looking games yet, and has a strong 2D art style that would hold up on any platform. Some corners appear to have been cut, however, which makes it hard to recommend getting this on the OUYA instead of PC. If you really want to check out the game now, though, it’s still worth checking out on OUYA at full-price. As someone who doesn’t normally like horror or slow-paced games, I loved this and wound up being sucked into the world. It’s got some issues, but is well-worth playing.