FuturLab has released an update on their highly promising upcoming PSN title, Velocity 2X. The sequel to the outstanding 2013 Vita game, Velocity Ultra, Velocity 2X combines the gripping time-shifting top-down shooting of its predecessor with seamless platforming sections. Earlier this month, FuturLab’s Managing Director James Marsden gave us oodles of information on the game in an outstanding interview. It appears as though FuturLab is on the brink of announcing a release date, as Velocity 2X‘s development seems to be going swimmingly.

FuturLab is in the process of designing the final few levels of the game; Velocity 2X will contain five environments, over fifty individual levels, and twenty-five bonus levels. The game has received significant visual polish recently, as the already impressive artwork has gone from pretty to beautiful. In addition, FuturLab announced that players will be able to teleport seamlessly between ship-dropped telepods and those dropped while on foot, indicating that the genre-blending shooter will feel perfectly united at all times. Not only did FuturLab release a number of pieces from Velocity 2X‘s epic soundtrack, but they treated our eyeballs to a number of gorgeous screenshots: 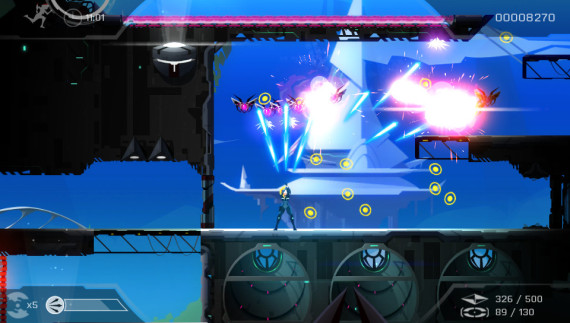 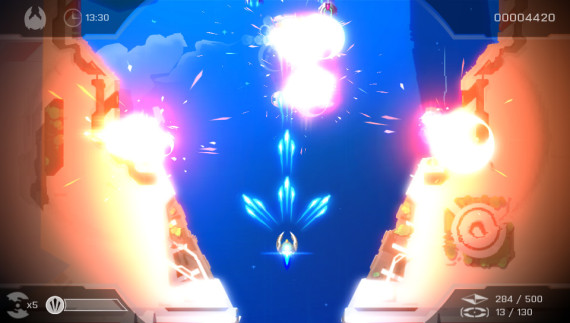 Velocity 2X is tentatively set for a Summer 2014 release on PlayStation 4 and PlayStation Vita.