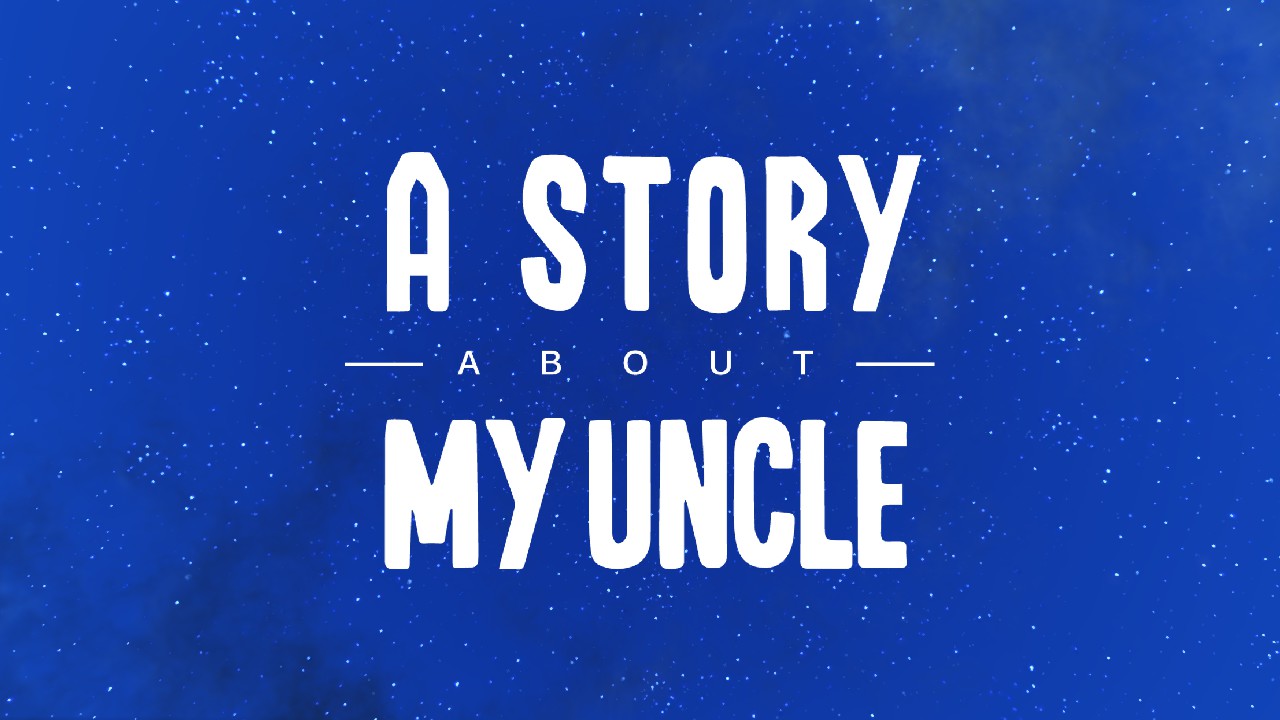 A Story About My Uncle is certainly a strange title, but a fitting one. This adventure begins in a rather absorbing way — with your character talking to his daughter about an adventure in his younger days searching for his uncle Fred. You began by examining his home, but have no luck finding him. You did, however, find his observatory alongside a custom-fitted power suit he created just for you. This suit allows you to swing around and wouldn’t you know it — that comes in handy when you’re transported into a mysterious world that doubles giant obstacle course. This is where you learn the game’s key mechanics and first get hooked on the game’s core design. This game is a rarity — a first-person platformer. It’s something we haven’t seen much of outside of Mirror’s Edge, and while it isn’t as stylized as that, it does succeed in offering a similarly-thrilling experience. Where that game focused on parkour-platforming though, this one focuses on precision platforming that tests your mettle quickly.

You’ve got a fairly broad skillset to start the game off with as a basic jump, a power jump, and the grappling hook are available right away. The challenge starts off quickly thanks to an obstacle course that doubles as a tutorial, which transitions nicely into continuing the narrative. You meet with Maddie – a young frog girl who lives in a village and knows your uncle. They haven’t seen him in a while, but want to help you out if they can. Everyone is concerned about them and the village’s elder will even give you a giant crystal to upgrade your suit. That’s when the adventure truly begins. The core mechanics have been explained and you now know the true stakes of everything. Fear has set in and you have no idea what you’ll find on your journey. All you know is your uncle is missing and this strange race of frog people have turned up at around the same time, so you wind up wondering if they did anything to him despite them seeming to be honest on the surface.

ASAMU’s power suit increases the strength and agility of anyone who wears it, and it comes with a nifty energy beam grappling hook. It’s a bit like Metroid or Bionic Commando, but the first-person perspective mixes things up a bit. This is also more of a platformer than those games ever were and it sticks to that term fairly literally for much of the adventure. When you first lay eyes on it, you might think there’s a bit of Portal here with all the ambient lighting but there’s not. Sure, there are some brain teasers here — but they’re limited to figuring out just the right amount of momentum to have for a particular leap of faith. You’ll also need to use your noodle for things like the correct angle and height for a jump before using the grappling hook. Timing is also crucial, as you’ll be in mid-air for a lot of the game and won’t have the pseudo net of a platform beneath you to cushion your fall.  The control scheme is logical and easy to remember at all times during the game. Holding down RB charges your jump, while LB runs and RT uses the grappling hook and A jumps.  It’s a comfortable setup that ensures you’ll always hit the button you want to when you need it. There’s also a keyboard and mouse setup, and while the mouse is far better for aiming, I found the dual stick setup to be more user-friendly — but I’m also a casual PC gamer and stick to gamepad controls whenever possible. Being able to use the mouse to aim and the left stick to move is nice though, and was a fine combination that allowed me to tackle some of the tougher challenges.

The narrative-heavy structure was a surprise, and a pleasant one. There’s a lot of dialogue here, and while there’s definitely some damage done by it seeming like the game’s creators don’t natively speak the language, the story is still emotional. You get a sense of panic at times worrying about Fred, and worry about the frog people because they all seem so naive and innocent. While the story isn’t the most captivating you’ll ever see in a game, it is among the best ones yet in a platformer and does make you care about the characters fairly quickly. I think the early home-searching section plays a large part in that since it does go on for a while and absorbs you into the world. You see your uncle as a person and not just as a plot device due to this, and it works to motivate you to get past the tough challenges that await. The game’s foundation is formed on trial and error, and makes things more user-friendly by having constant checkpoints and an instant respawn feature mapped to the back button.

Visually, Uncle is quite stunning. The game relies heavily on bright lighting effects and it results in some amazing visuals. The only problem is that it also has characters that appear to be ripped out of a GameCube game. Not literally of course, but the overall quality of their models is a huge step down from the main graphics. Those are about on par with what you’d expect from a four year-old game, but the use of lighting  makes it more visually-impressive. Other than the character models, the visuals are impressive — with some jaw-dropping sights to be seen as the adventure wears on. The sound design is heavily-atmospheric and relies on a lot of sound effects and ambient music to evoke an unsettling feeling. It works very well as you do kind of fear what’s around every corner due to the darkness, but you also know there are no enemies — it’s a very unique premise and one that stands out in an industry full of first-person games that rely on that setup to terrify the player instead of getting emotion out of them.

A Story About My Uncle is an incredible game that is greater than the sum of its parts. The story is compelling despite some iffy English and similarly-problematic voice acting, while the graphics are impressive as a whole even with antiquated character models being used. The controls are exactly what they need to be — easy to use on a gamepad and more precise with aiming via a keyboard and mouse setup. ASAMU’s platforming is some of the most challenging you’ll experience, and some of the most enjoyable too. It’s tough, but not Kaizo Mario-level — it’s fair and just requires trial and error to succeed. With a price point of only $15, A Story About My Uncle is a must-own for anyone who loves games that make them think and can appreciate a good platforming challenge as well.