Bandai Namco had quite a surprise waiting at this year’s E3. The Free-to-Play business model has the potential to be great, but publishers have been abusing it to extract as much money as possible. Not only that, but the quality of many Free-to-Play titles ranges from poor to downright abysmal. Despite all this, Rise of Incarnates managed to impress.

Rise of Incarnates takes place on a post-apocalyptic Earth where a catastrophic event has wiped out human life, and given powers to a select few. The reasons for the event arebeing kept under wraps. Those who survived have taken new names ripped from different mythologies around the world. Mephistopheles, Ares, Lilith, and the Grim Reaper were playable at the show, with Odin and Brynhildr being announced via a trailer. The developers hope to make the characters as famous as Yoshimitsu, Heihachi Mishima, and other popular Namco characters. Every character has a cool steampunk vibe to them, and I’m actually excited to hear what other characters will be announced in the future. 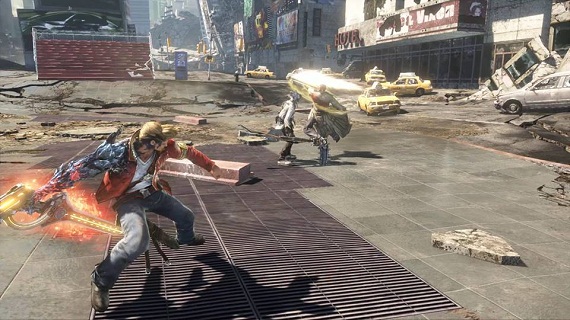 Bandai Namco is pushing Rise of Incarnates hard. The development team features plenty of All-Stars that have worked heavily on the publisher’s biggest franchise. Soul Caliber, Tekken, and Gundam Versus developers are all working on this new project, and the influence from those games is immediately present. The control scheme is similar to the Gundam Versus franchise with players flying or running around the battlefield trying to kill the enemy. You have a melee attack and a ranged attack at your disposal. With the press of a button you activate a super power to decimate your enemy. It’s very fast, very chaotic, and very fun.

My playtime consisted of three matches all set on a New York map. First I played as Mephistopheles and was teamed up with a Lilith player. Mephistopheles is an all-around balanced character wielding a medium-sized sword. Next up was the Grim Reaper, a mad-scientist who uses zombies and poison to decimate his enemies. He’s a much harder character to master and requires more strategy. Finally, there was Ares, a heavy character who is all about defense and slow, powerful attacks. A match of Rise of the Incarnates ends after a team dies five times, regardless of which character dies. 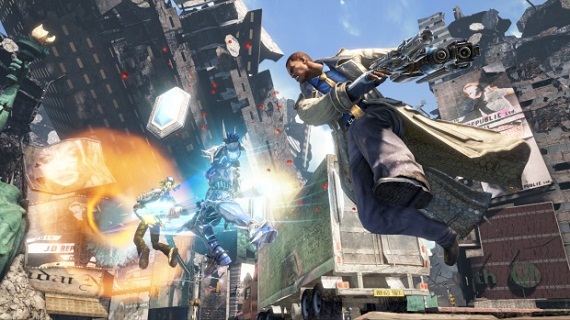 After playing I was able to sit down with three of the developers to talk about the game and their plans for the future. They’ve just finished their Alpha Test and are going into a Closed Beta later this year. So far the game has gotten a positive reception from fans, which has encouraged the developers to aim their sights even harder. The hope is to turn Rise of Incarnates into a major e-Sport title. To do this, the development team is looking to their loyal fanbase in Japan to help get the game off the ground. As it continues to climb in popularity, they hope North American and European audiences will be drawn to it.

Being a Free-to-Play game I was initially worried about how the development team was going to handle micro-transactions. The industry has been rocked with controversy over the questionable practice and how micro-transactions should be implemented into the game. Those fears were quickly quelled. The only thing that Bandai Namco will make players pay for are optional customization options, much like Edge of Reality’s Loadout. For example, a player could pay a certain amount of money to outfit Ares with a rainbow wig. You’ll never have to wait, pay to play, or be forced to drop outrageous sums to unlock in-game content. 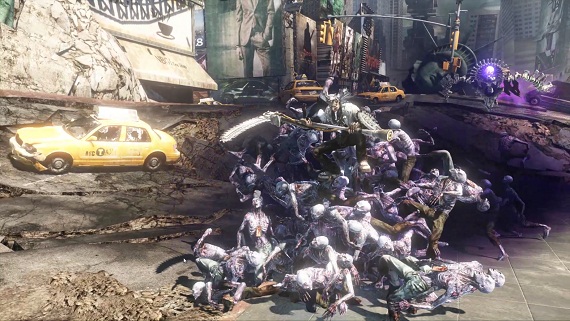 Rise of Incarnates left me with a positive impression thanks to its gameplay and Free-to-Play policies, but not in its presentation. The game’s environments don’t look all that great and lack the detail of a AAA title, and the simple destruction physics look archaic compared to something like Battlefield 4. With all that said, this is a Free-to-Play game. Rise of Incarnates isn’t designed to compete graphically with the likes of Battlefield and Uncharted, but to deliver a solid and competitive experience. In that regard the game succeeds with a steady framerate. Plus, the characters look cool.

Rise of Incarnates is off to a solid start. There’s plenty of fun to be had, and Bandai Namco seems to understand how not to abuse micro-transactions in this type of game. The game heads into beta later this year so keep an out for a formal announcement.