If you’re like us here at Hardcore Gamer, then you have an affinity for Japanese games. It’s probably obvious that we value Eastern game development and are constantly keeping up on what our counterparts from the Land of the Rising Sun are creating in the wonderful space of video games. Certainly, this year’s E3 showcased a lot of great talent from Japan; in fact, the country seemed to have a much larger presence in general at this year’s expo than they have in years past. Sure, most Japanese developers forgo E3 in favor of Tokyo Game Show, which annually takes place a mere three months later in September, but this time around they came out swinging for the fences. Interestingly enough, however, Nintendo seemed to be the company to which these developers flocked. This seemed so much the case that I walked away from the entire thing with the impression that Japan’s gaming future here in the West (right now anyway) is with Nintendo.

So, let me first start off by stating that Sony and Microsoft both had strong showings for Japanese development. With the Xbox One snatching up Yukio Futatsugi and his beloved Phantom Dust IP and Kamiya’s Platinum Games team for Scalebound (along with the already announced adventure game from Swery, D4), Microsoft surprisingly has a decent lineup for anyone wanting to get in on some of that Japanese gaming goodness. Sony, too, had some gems in their showing, highlighting two of the more prominent and upcoming releases, Suda51’s Let It Die and From Software’s Bloodborne. Deep Down that fits somewhere in the mix too, though we haven’t heard from it in a while. Final Fantasy Type-0 is also another to keep an eye on, as it was announced for both PS4 and Xbox One. 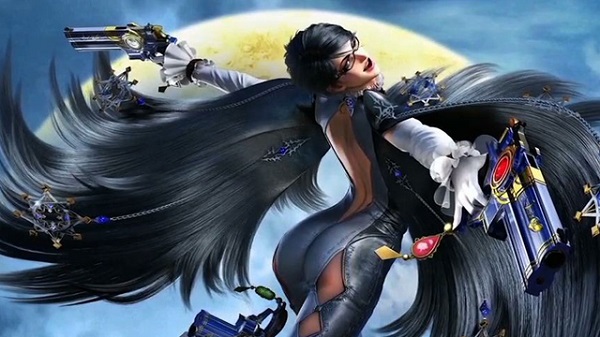 But outside of those titles, both the PlayStation 4 and Xbox One seem more concerned with catering to Western preferences than anything else. And although we saw some frenzied reactions to all of the aforementioned games (Phantom Dust especially), Nintendo’s outing appeared to turn the most heads for the J-gaming niche. Interestingly enough, Nintendo was the only company that didn’t show off a single non-Japanese led project, outside of the team behind Sonic Boom. This was a pretty startling revelation we noticed by the end of the expo, but one that nevertheless cemented our notion of Nintendo being the place to go for those of us into Japanese games.

So, let’s look at them all for a moment. First up on the docket is Platinum Games’ Bayonetta 2. Clearly, this came as a shock announcement when it was originally revealed, as fans assumed that Bayonetta would remain a multi-platform title. Unfortunately for those folks, Nintendo swooped in and secured exclusive rights, though that ultimately saved Bayonetta 2 from going the way of the Dodo. From all of the videos ever shown of Bayonetta 2, but specifically those shown last week, it’s easy to see that Kamiya and his team have a gem on their hands. Everything about B2 looks bigger, better, brighter and, well, more ludicrous. The over-the-top insanity that is Bayonetta looks to be in full swing here, all but confirming the game as an instant classic. 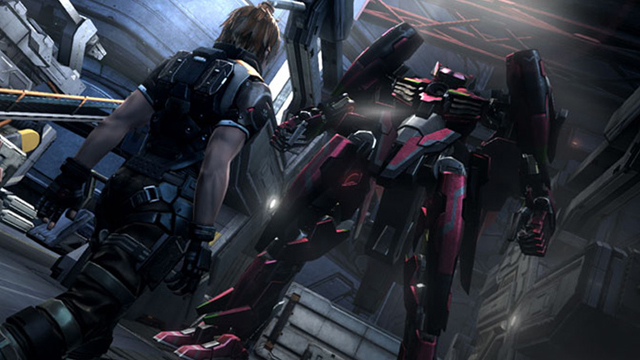 Then we have another Wii U title that has been talked about for what feels like an eternity: Xenoblade Chronicles X. Prior to E3 this year, we only knew it by its placeholder name “X”. Nintendo, though, pulled the curtain back and shed a ton of light on the upcoming Monolith Soft RPG, making it all the clearer that they have this generation’s most-promising JRPG in their library. With a sprawling open-world, deep character customization, that lovely battle system from the Wii’s Xenoblade Chronicles, giant pilot-able mechs and some kind of mysterious multiplayer mode, it’s of little wonder why X has been in development for so long. It simply looks like the total package, not just in RPG-speak, but within all genres. Yet again, developed by a Japanese developer. Yet again, only on a Nintendo system.

Then we have the surprise announcement for Devil’s Third – Itagaki’s thought-to-be-dead third-person action game that borrows elements of Ninja Gaiden and a more traditional first-person shooter. This reveal pretty much came out of nowhere, and wasn’t talked about all that much (not initially anyway), as Nintendo literally announced it right after their main presser ended, on their streaming Treehouse segment. For those watching, though, we were privy to a super Japanese game that, while appearing dated from a visual standpoint, has a lot going for it, especially in the multiplayer arena where it appears to integrate seamless clan systems and persistent map/territory wars. There were also clips shown off of people carrying watermelons and chickens? Yeah, typical Japanese absurdity, made all the better by the very man who is synonymous with the Ninja Gaiden franchise and, well, gaming in Japan at large. This reveal was yet another example of Nintendo swooping in and saving a game from development-hell. Chalk another exclusive up to the Big N. 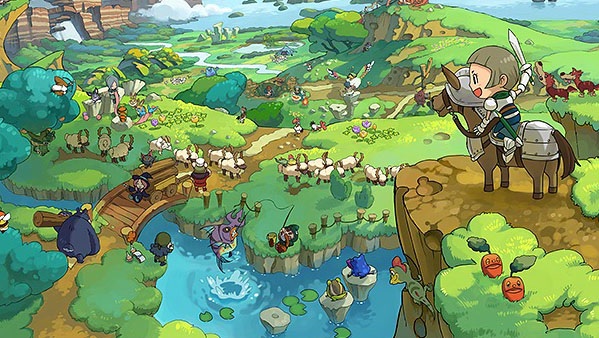 For those looking to take their Nintendo on the go, the 3DS has several impressive localizations inbound. For starters, Level-5 announced that their Monster Hunter-Harvest Moon mashup, Fantasy Life, will be coming stateside this October. This is certainly one of our most anticipated titles of the year, and one that we have kept a watchful eye on since its launch in Japan back at the end of 2012. A game that mixes elements of two very successful franchises, and also includes local and online multiplayer for up to four players, has all the makings of an instant hit — especially for the 3DS’ large base of JRPG fans. Not to mention, Level-5 is one of those companies that, much like Platinum, very rarely puts out a bad game. Moreover, Fantasy Life was a giant success in Japan, ensuring that it’s a fundamentally sound title. Put that together with their typical localization efforts — which are Grade-A, top-shelf stuff — and the 3DS has a powerhouse of a game coming out this fall.

Of course there’s Professor Layton vs. Phoenix Wright: Ace Attorney from Capcom and, yes, Level-5 once again. This was a no-brainer from the get-go. Combine two of the most acclaimed series in a particular genre (in this case portable adventure games) and…profit. It’s a formula Capcom’s quite familiar with, but Level-5 jumped on it with vigor. Both of these series by themselves are very much entrenched in the Japanese gaming culture; they’re both quirky, innovative in terms of design, and aren’t focused on setpieces or action scenes. This 3Ds-exclusive crossover is a hell of a get for Nintendo. 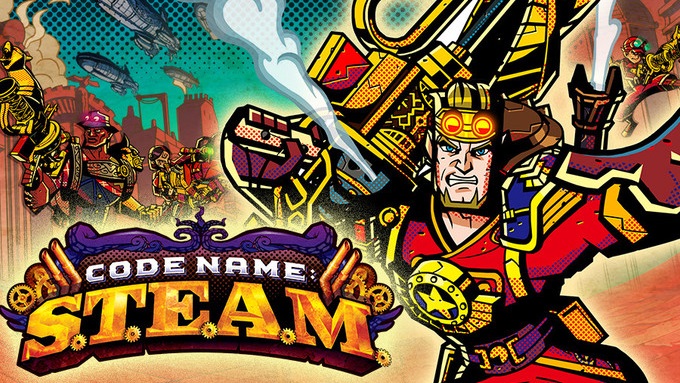 And then we come to Intelligent Systems, a company best known for their Fire Emblem and Advance Wars franchises, who just announced their next 3DS project, Code Name: S.T.E.A.M. Much like those two already mentioned IS series, Code Name is a strategy RPG, though it’s more akin to Valkyria Chronicles than their previous grid-based work. While it doesn’t employ the typical anime style art influences, instead going for a more pulpy Silver Age comic aesthetic, its premise is so Japanese it hurts: take steampunk, aliens, guns and Abe Lincoln, roll them into a single, coherent piece of work, and out pops Code Name S.T.E.A.M — you guessed it, another Nintendo exclusive…

But it doesn’t stop there, really, because we haven’t even scratched the surface of some of the biggest Nintendo games waiting in the wings. Projects being led up only by Japanese talent: Zelda U, Kirby and the Rainbow Curse, Hyrule Warriors, Captain Toad: Treasure Hunter, Yoshi’s Wooly World, Fatal Frame, the announced-but unseen Star Fox U, Shin Megami Tensei X Fire Emblem (which was confirmed to be on-track in its development), the behemoth known as Super Smash Bros, and even Splatoon! And those are just the Wii U titles! There’s still Pokemon Alpha/Omega, Persona Q, and Theatrhythm Final Fantasy: Curtain Call. Hell, we’re probably even missing one or two titles somewhere, but you get the point — this list is almost overwhelming. 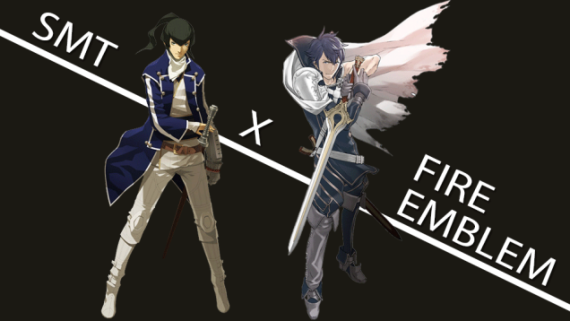 Nintendo may have been resting on their laurels after the explosive success of the Wii, but it would seem that they have once again stepped it up; in fact, I’d argue that they “won” E3 (though in truth, we all won, as gamers, at this year’s expo because it was just so damn good and game-focused). And while it’s simply a great time to be into Japanese gaming — as anyone on any system will have great options from which to choose — it would seem that Nintendo is the safest spot to land when it comes to getting one’s Otaku on (at least for now; who knows what will happen come TGS time). Nevertheless, if you’re trying to decide which company will ultimately fill your Japanese needs this generation, the answer for now is simple: Nintendo. So do yourself a favor: buy a 3DS and buy a Wii U. There’ll be plenty to play on both this year and next.

So those are my thoughts, folks; now we want to hear yours! Sound off in the comments section to let us know which games and systems you’re looking forward to most for all your Japanese gaming needs.