The father of Mega Man, Keiji Inafune has been hard at work with his new company Comcept on the spiritual successor for the blue bomber, Mighty No. 9, a wildly successful kickstarter campaign saw this game reach all sorts of stretch goals including coming to the next gen consoles.  Late last night, Comcept released some much-requested gameplay footage, showing more of what we saw from them last month.

In this video, we get to see a little bit of our new hero Beck fighting through two stages (Mighty N0. 2 and Mighty N0. 5).

In addition to the new gameplay footage, we also were given preview to a re-design of Beck’s sidekick, Call (much as Roll was Mega Man’s sidekick).  Call, like Roll before her is not exactly built for combat but will do whatever she can to help Beck. 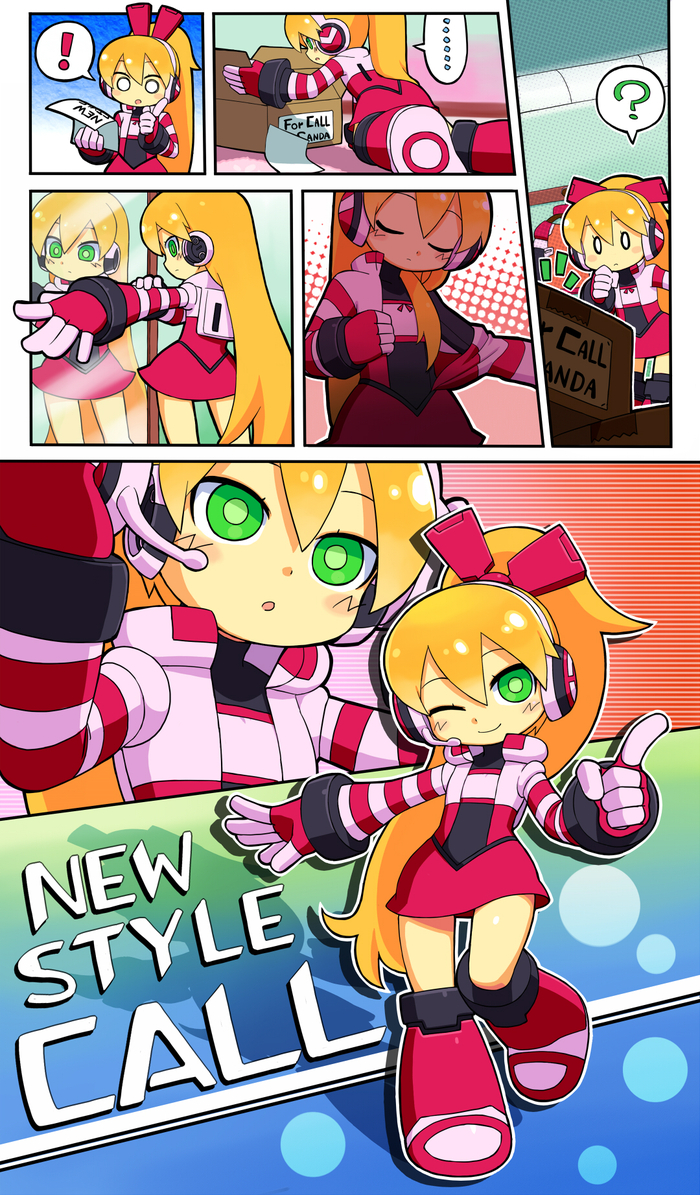 Unlike Roll, however she will not run from a fight, so it will be interesting to see how players can use her to get through certain levels, perhaps by crawling through ventilation shafts ala John McClane?

Finally, Comcept has also announced that Keiji Inaune will be attending Anime Expo in Los Angeles at the end of this week (July 3rd to 6th), holding a panel there to discuss Mighty No. 9, and they infer that a special announcement about the game may be made.  For more on this as we find out about it, keep it locked in to hardcoregamer.com.