With Stephanie McMahon and HHH sucking up to the new WWE World Champion John Cena, tonight WWE revealed the cover of WWE 2K15 during the starting segment. John is not only on the cover, but it seems like they’ll be using the PS4 cover as the lead one for promotional purposes on TV since that was the one shown. Also of note is the WWE Network being used for the game’s logo – meaning it will be the official company logo by the time the game comes out.

It’s a pretty solid-looking cover artistically, with a sharper red and white color scheme that is more eye-catching than the usual red and white haze design used for the past two games. The bright blue PS4 art doesn’t quite fit it though, and Cena’s green wristbands are a better fit the Xbox One’s green cases. 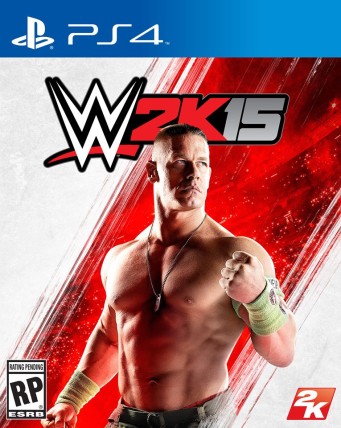