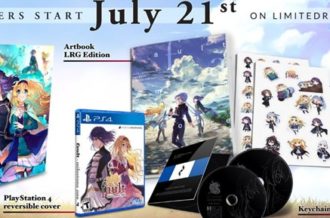 Fault – Milestone One Goes Physical Thanks to Limited Run Games

Ahead of its release next week, the television ad for Yo-kai (or “Youkai”) Watch 2 has just been released and darn if it isn’t impressive. LEVEL-5 gathered up over a thousand people in a shopping mall and had them dance. The spot is based on this video. It might not seem like effective marketing as none of the actual game is shown, but it certainly makes you feel like there is a party going on and Yo-kai Watch 2 is your way in.

Yo-kai Watch 2 will be released on July 10 in Japan for 3DS and come in two flavors. Check out the trailer below: