It’s hard talking about Mega Man in 2014. While the ’80s and ’90s were prime time for Keiji Inafune’s Blue Bomber, discussing Mega Man today is more depressing than anything. It’s a series that’s become synonymous with tight, creative game design; a hallmark for platformers and one of the early giants of the games industry. It’s tough to find a gamer who hasn’t at least heard of Mega Man. That pristine legacy only heightens the problems that the series has suffered from lately. With barely any new games in the last five years, and with its creator having moved on from Capcom, the Mega Man series is widely considered to be “on life support.” But that’s far too generous: the Mega Man series is hanging onto its life by a thin, fraying thread, all because Capcom can’t even be bothered to plug in its dialysis machine.

Mega Man’s NES origins are still held in high regard by gaming veterans. The series burst onto the scene with a mix of Mario’s precision platforming and Contra’s precison shooting. The levels were expressive and imaginative, roping players in with captivating whimsy, then shoving their faces in the dirt with tough-as-nails challenge. Series creator Keiji Inafune unknowingly designed an icon for Capcom, a hero who would be remembered for generations to come. Though the series’ debut didn’t provide immediate sales success, it quickly earned both critical and popular acclaim (terrible Western box art aside). The first outing was followed up by numerous sequels on the NES, in addition to spin-offs on future consoles like Mega Man X and Battle Network. The Mega Man franchise became Capcom’s crown jewel, selling more than 29 million games worldwide since its debut in the 80’s. 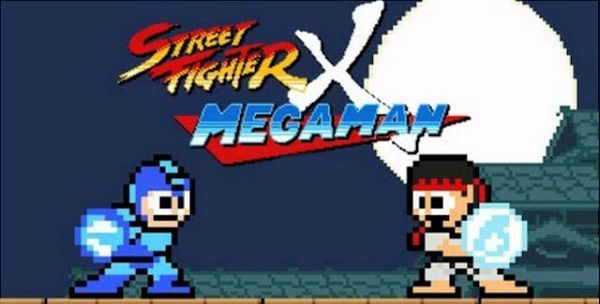 And while the flame of those retro classics still burns, Mega Man’s most recent endeavors are nowhere near as prolific. While we got some surprisingly fun retro throwbacks on the downloadable Mega Man 9 and Mega Man 10, the 2010’s have been a barren wasteland for the Mega Man series. The last decent Mega Man in recent memory was Street Fighter x Mega Man, and Capcom only published that – it started as a fan project. Even the spin-offs like Mega Man Star Force have been neglected in the 2010’s. Four years into the decade, and the only Mega Man games that looked particularly creative were both unceremoniously cancelled.

The series’ decline is widely attributed to the departure of series’ creator Keiji Inafune from Capcom in 2010. Inafune was vocal about the quality of the Japanese game industry, as he considered recent Japanese games to lack the innovative spark seen in Western development, but his departure from Capcom marked his official break from the Mega Man brand. Without any connection to Capcom, Inafune was unable to make any new games in the series. After forming new dev house Comcept, Inafune announced a new game series called Mighty No. 9, which was successfully funded on Kickstarter in 2013, and earned more than four times its asking price.

Mighty No. 9’s existence is where Capcom’s Mega Man neglect reaches a fever pitch. Looking at any footage of Mighty No. 9, it’s clear as day where its influences lie: the game is essentially Mega Man. The side-scrolling levels, the shooting, it’s all Mega Man. Heck, even the hero/heroine name pun is intact (Mighty No. 9’s Beck and Call and Mega Man’s Rock and Roll). It’s blatantly intended to be the next step for the Mega Man series, even without the series’ name. Capcom hasn’t made any kind of game like this in recent memory, Mega Man or not, so it almost seems like Inafune is teasing them. He flaunts the similarities without a second thought, and with so much support from console makers and fans alike, he has every right to. Capcom is snoozing and losing, which does a lot to justify Inafune’s dissatisfaction with Japanese game development and his departure from the company.

Without Inafune at the helm of the treasured series, Capcom is unsure of where to go with it. The company’s recent bids for relevance have been nothing if not misguided (just look at Resident Evil), so the Mega Man series is left adrift. Mega Man 9 and Mega Man 10 were a strong step in the right direction, proving that retro platformers had life on downloadable services and that the genre was not obsolete to the masses. Inafune’s continued involvement with the series allowed him to follow the innovators of the West and provide for an evolving gaming community, one that still looked at Mega Man with reverence. But now Inafune is out and the series is suffering critically from that lost leadership. Even worse is the cancellation of big projects like Mega Man Legends 3 on 3DS and Mega Man Universe on 360 and PS3, two highly anticipated games that never got a chance to set the world on fire. Capcom continues to neglect the series, and without Inafune’s guidance, it has fallen into borderline obscurity. When the most important thing your series has done in the last five years is have its protagonist in Super Smash Bros., you don’t have anything left to give. 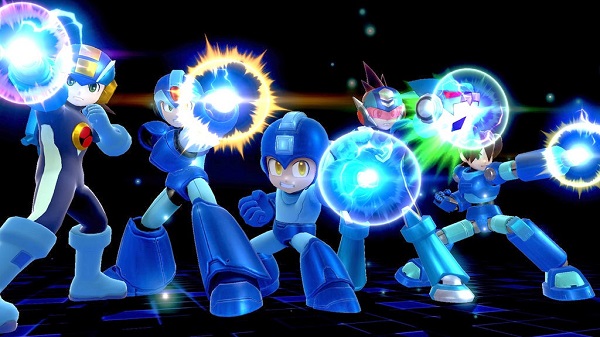 Mega Man is dying with every passing month. Even compared to the scatterbrained Resident Evil, Mega Man is in a colossal danger zone. Not only does Capcom have no idea where to take the series, they’re not even trying to push it any more. The simple, tightly designed “pew pew” platforming of yesteryear feels so far gone it’s practically a myth. As the Super Smash Bros. U appearance has proven to us, Mega Man is simply a face, a character without a game to call his own. Inafune’s Mighty No. 9 is shaping up to be a worthy spiritual successor to Mega Man, but it only signifies the continuous decay of one of gaming’s legends. At this point Mega Man has nothing to live for. Saying that the Blue Bomber has fallen on tough times is misleading; there’s no time left for him to fall on.