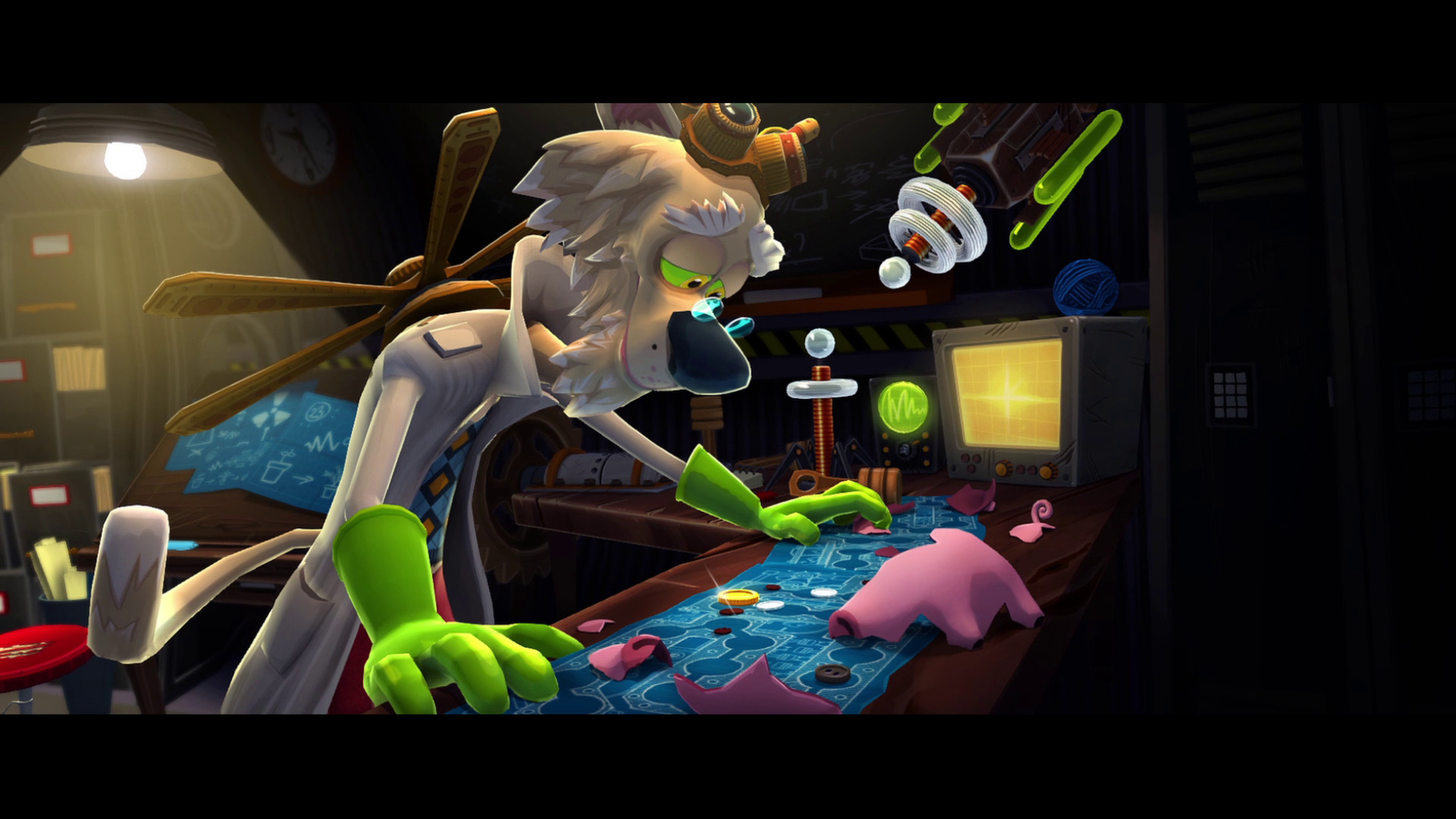 Let me stop you right there; this isn’t like Minecraft. No, Mousecraft is a different kind of odd. The self-described “cheesiest game ever” — get it … cheesy … mice … okay whatever — might not live up to that moniker and all it implies, but at least it’s not a building simulator with rodents. I imagine somewhere along the line the developers looked at other puzzle games that had success doing something simple with great execution and said “we’re not going to settle for that.”

The goal of Mousecraft is to guide three AI-controlled mice across a level to some cheese by filling gaps and building bridges with a few select Tetris blocks. Simple enough. Well now you need to make sure they collect some crystals along the way. All right, a little deeper — I like it. Well now you need to do so while avoiding mechanical mice that explode on contact. Now we’re getting somewhere. Well now you need to blow up the right blocks using a limited number of bombs. While we’re at it, let’s add in blocks that break a mouse’s fall, and blocks that blow up after contact and blocks that zap and kill mice on contact, and hey why not some water mice can drown in?

It keeps going deeper. I did find ways to circumvent that depth, which was disappointing at first, but Mousecraft made up for that too. So much of this depth is added to make it harder to get the crystals. Smugly, I thought “what do I care about those crystals if I can get my mice to the cheese without worrying about them?” My hubris …

The game divides all the levels into four stages. Like a fee to Charon at the River Styx, crystals are the ticket to the next stage. Not enough crystals? Go back and try again. Sure there are several ways to complete a level, but only one right way, and Mousecraft succeeds in incentivising and coercing the player to find it.

On the other side, though, more Hell awaits. Sneaky ferryman. Don’t expect the game to get easier as it goes on; the constant addition of elements makes it impossible to get really good at playing within the rules, because the rules keep changing. Right after Mousecraft added the zapping blocks, I got to a level where I didn’t even know where to start. But Mousecraft could have upped the ante with the crystal requirement for each stage. By the last stage, I didn’t even try to get crystals sometimes because I didn’t need them.

Mousecraft is a substantial game. By that I mean it’s freaking huge. The game is 80 levels, many of which you need to scroll sideways to see entirely. This adds to the daunting appearance of each level, which makes it tempting to take the much easier path of shutting down the game, but we persist. It made me feel like one of the mice I was guiding, mindlessly heading toward the cheese without regard for my own well-being (and sanity).

Back to the point about the “cheesiest game” claim. Developer Crunching Koalas may have something with that joke, in that they have the most cheese, and it starts out well introducing the cat scientist named Schrodinger, but that same humor didn’t really get carried over for the rest of the game. Although the gameplay was enjoyable and challenging, the game itself was almost atonal, a disappointment for a game with such potential for comedy.

Mousecraft puts you in the shoes of the Schrodinger cat so well that, much like a scientist in a lab, you’ll need to experiment with different possibilities to see what will work. What will happen if I lead the mice this way by putting this brick here? Why would the game give me exploding bricks to place? Since Mousecraft doesn’t boot you back to the menu or cause a loading screen when you fail, restarting a level is faster than refreshing a page on the internet, so there’s not much fault in killing a few mice to test out a theory.

Offering up a new experience every time the mice finish their well-deserved cheese, Mousecraft is a refreshing experience for those in need of a complex puzzle game. It may not be has light-hearted as it could have been, but Mousecraft succeeds by making the player think instead of laugh. With fresh ideas in every level diminishing the possibility of boredom, who needs simplicity?