God games have been a beloved niche genre since SimCity hit the scene 25 years ago, but one largely relegated to PC. The Sandbox, however, has been a successful mobile app and is making its console debut on the OUYA. With its laptop-esque trackpad on the controller, it should be a natural fit for the system. Sadly, that isn’t the case.

The Sandbox has a lot of variety. There’s a core story mode, daily challenges, a free-range mode, an art maker and even a music making mode. It’s like Mario Paint mixed a pixel art tool, and a God mode that is so in-depth it allows all of that to be done within it. The basic story mode gives you 30 elements to play around with — including basic ones like fire and ice before teaching you more advanced things like lightning, snow, lava and even light bulbs. Your mission is to to whatever the higher power asks, and those form your objectives. Hints are provided at the cost of XP, called mana, which can also be purchased with real money if you run out of in-game credit earned through finishing each mission. 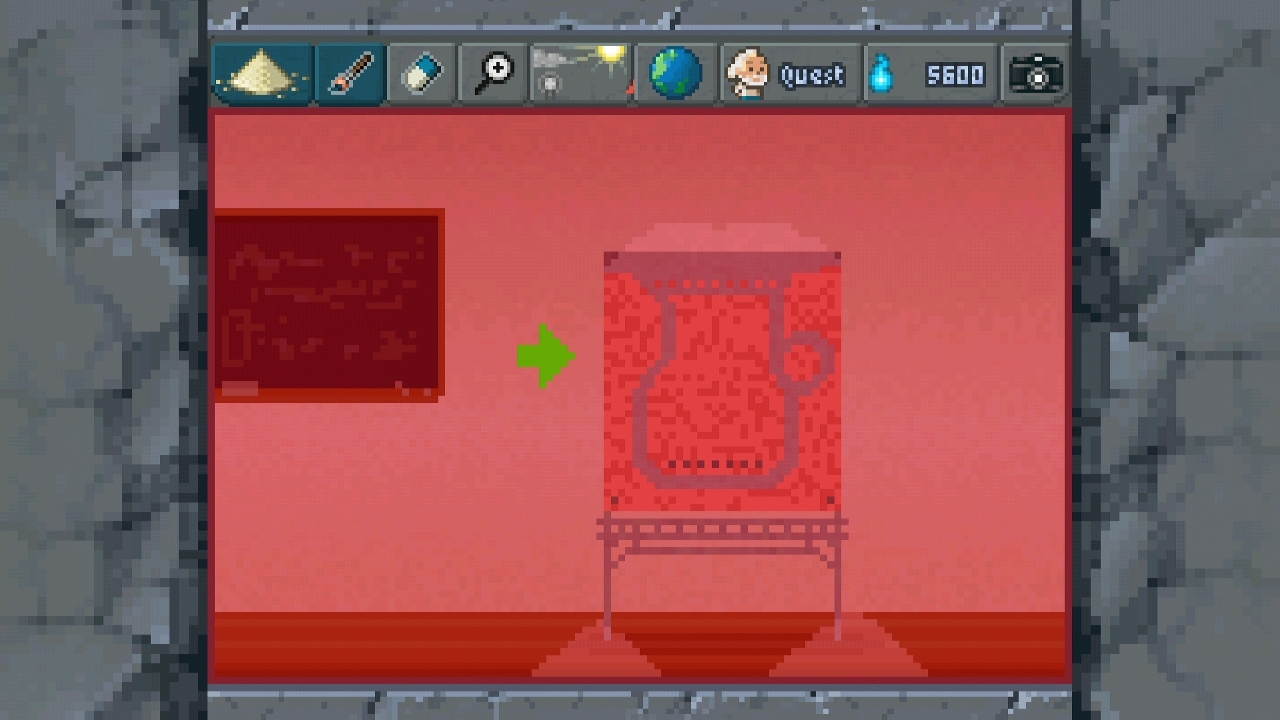 A menu on top of the screen goes between elements, a brush tool, a snapshot tool, saving your game, loading it, uploading the world to the web and changing weather conditions. An item must sometimes be melted into another — like carving out a sand-crafted vase, turning up the heat, and then making that become a glass jar used for later missions. There’s a ton of campaigns to complete, but they should only be done after finishing the 30 elemental missions. They effectively act as tutorials and show the ropes of the cause-and-effect gameplay. The later campaigns include things like a zombie invasion, robots, zombies, dinosaurs and a deserted island. Another set of later levels forces contraptions of the various items obtained to be made and used, reminiscent of the Incredible Machines franchise from the ’90s.  The music and pixel art-creation is complex, but taught in stages. However, the level of precision needed to draw out the music and trace things for the pixel art lessons is a little bit beyond what can easily be done with the OUYA’s iffy thumbsticks. It takes a few clicks for them to just move pixel-by-pixel, something done a lot to trace things. The ability to upload content means that user-created content can be viewed, and beyond songs from classics like Pac-Man and the Legend of Zelda series, animated scenes that fill the screen with color.

The Sandbox as a whole is greatly hurt by its clunky controls. The original game’s mobile roots are apparent, and despite the system having a touchpad and the mobile controls largely just being menu-based and not entirely reliant on a pinch/zoom mechanic, they’re translated horribly on the OUYA pad. The d-pad and stick movements don’t mesh well with the menus. On the title screen, for example, pressing down won’t do anything — you have to press right to go down. Similarly, it takes a couple of clicks on a button for it to register. This is readily apparent early on, when new skills are being learned and the option to buy them will pop up even if the game has already been paid for– moving right again after paying close attention to the screen will nix that, but it’s far from user-friendly.

The unintuitive controls turn a game that’s fun on tablets into a chore on consoles. What’s worse is that it’s free-to-play on mobile devices, but costs $10 for the full experience here with optional micro-transactions thrown in. There’s a free mode, but it’s too limited to do anything with since you’re not taught how to use anything in it because the tutorials are tied to the story mode and are locked behind the paywall.

Visually, this pixel art-based game looks as good as you could imagine. The art style used is expressive — as evidenced by campaign graphics featuring an expressive higher power as he does things like cower from his robot overlords, or rocks out with his guitar. Since it’s also a music-creation tool, the soundtrack is a relaxing strong-point that makes conquering the tougher sections a bit easier. The sound effects are more impressive than the music, though, since there’s a lot more variety and everything changes depending on item combinations. 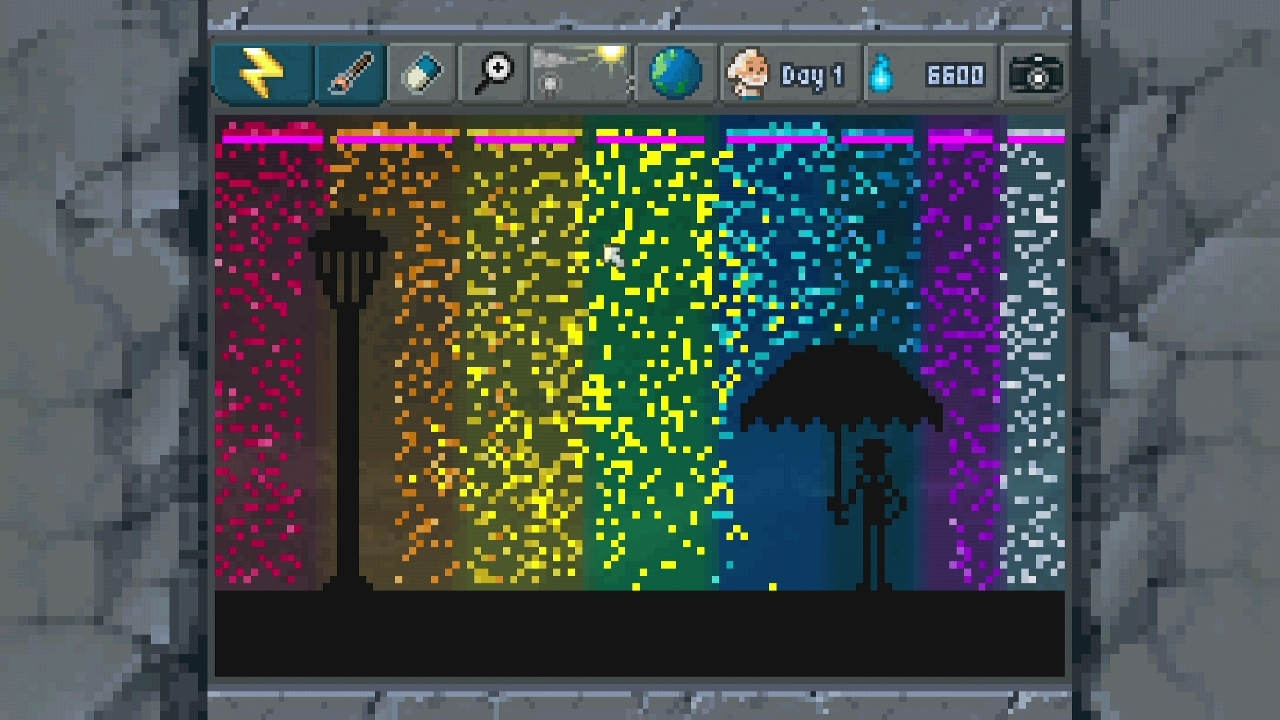 The Sandbox is a marvelous God game and creation tool that is made nearly unplayable on the OUYA. Despite a mouse-like option on the controller, the touchpad isn’t used and everything about the controls is worse than it should be. It’s unfortunate as the game’s concept is well-executed. There’s a lot to do and a lot of replay value thanks to the dozens of story-based missions alongside music and art-creation tools. The graphics do a fantastic job of being visually-appealing with the default art while also delivering an art creation setup that is easy to understand. Regardless, the controls being so poorly-executed make much of its efforts for naught.