Why wouldn’t the MVP be on the cover? During the 2013-2014 NBA season, Kevin Durant led the league in scoring making it the fourth year in a row he has done so. Not only was he the most valuable player, he also broke the record for most consecutive games scoring at least 25 points– a record that was set by Michael Jordan.

The game is boasting life-like graphics, realistic gameplay and music by Pharrell Williams. NBA 2K15 won’t be released until October 7, but since this is all about Kevin Durant, you can pre-order the game now. Doing so gets you the KD MVP Bonus Pack which comes with 5,000 virtual currency, Kevin Durant throwback MyTEAM card, two MyTEAM card packs and MyPLAYER leg sleeves. 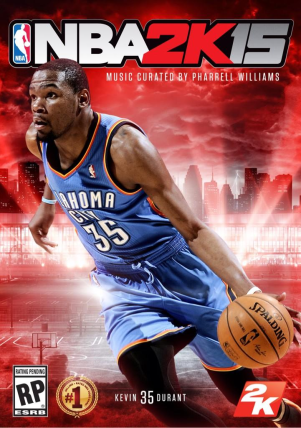