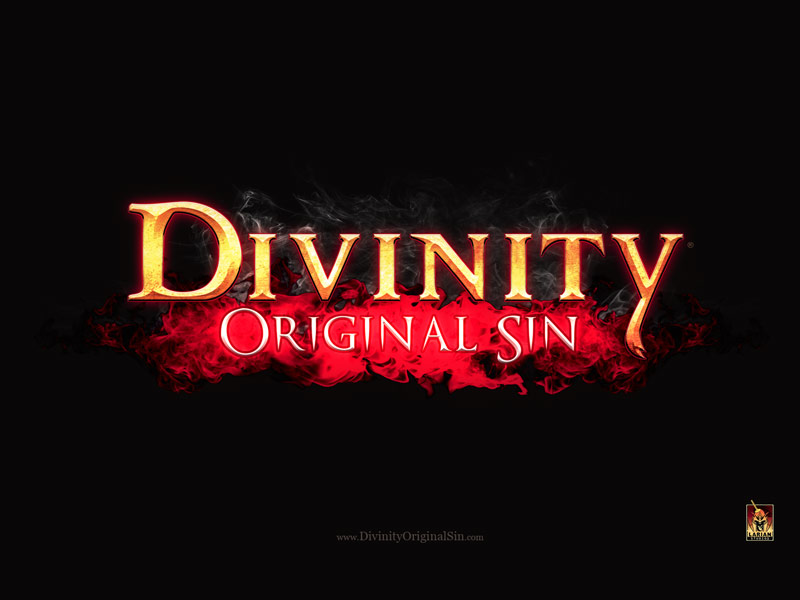 I’ve known Divinity: Original Sin was destined for greatness ever since I got my hands on the Alpha way back in February. Yeah, the game had some technical issues and characters had this weird penchant for disappearing into the ether while I swore at my computer and rebooted the whole thing for the tenth time that night, but there was an amazing amount of promise even in its early form. For those who have been following its progress since the Kickstarter campaign, now is the time to get excited, as it recently released in a final, bugs fixed, no more disappearing NPCs and frequent freezing full release. And it is absolutely excellent. Divinity: Original Sin isn’t one of the best indie RPGs of the year or crowdsourced RPGs or whatever other qualifier you want to tack on there. It is one of the best RPGs of the year, period, and perhaps one of the best examples yet that someone can use to point at Kickstarter and say the system works.

The game begins with you creating yourself and an opposite gender version of yourself because one you is simply not enough to tackle all there is in Rivellon. You and, uh, you are both source hunters tasked with solving the murder of a high ranking official. After making your way to Cyseal, you find things are worse than you initially anticipated, with orcs and the undead attacking the town and rumors of forbidden magic being involved in the official’s murder. Two other companions soon join you, and the four of you set off to solve a variety of quests. The plot itself is interesting enough, even if the real meat of the story often feels like it gets pushed aside at time. What makes the quest worth experiencing, however, is the well-written and often laugh out loud dialogue. There was a loving touch put into actually creating the game world, and as a result Rivellon feels alive with so many interesting interactions with a variety of NPCs to experience. 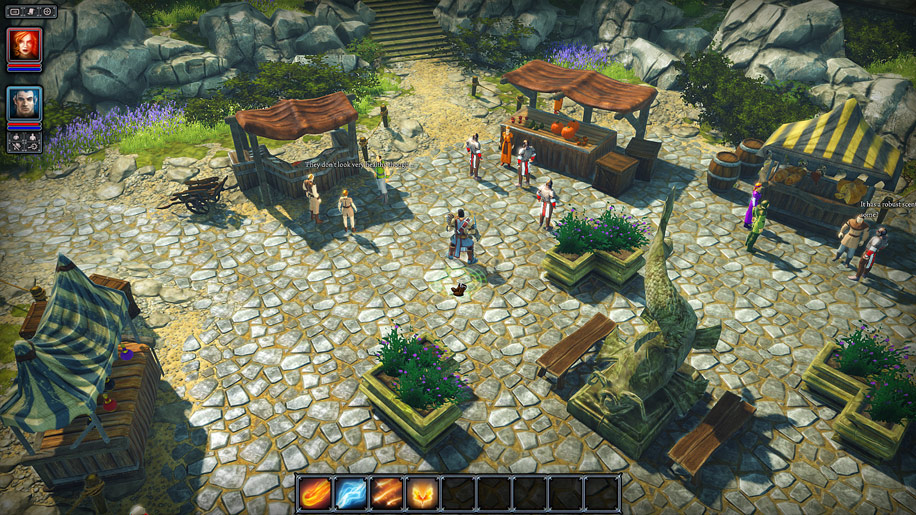 Divinity: Original Sin is all about choices and it really lets you dive into the roles of each of your characters. Most modern role-playing games have decidedly little actual role playing in the games, and Divinity: Original Sin truly separates itself from its competitors by putting such a heavy focus on it. The game loves throwing scenario after scenario at you just so it can sit back and see how you respond. When drunk guards mistake you for orcs, do you try and talk to them or do you smite their faces and then mosey on your psychotic way? And, equally as important, what does your traveling partner think? In multiplayer games the second person actually has a say in the story events and are free to go out and wander on their own, but in a single player campaign you are really taking on two roles, assuming you turn the AI off. It feels a bit schizophrenic at times, but it is an interesting experience to give life to two separate characters, each with their own personalities and thoughts on how to handle specific situations. And if the two partners can’t agree you are left participating in a rousing game of rock-paper-scissors to decide the outcome, which is admittedly kind of a stupid way to end up deciding these things.

This sort of complexity isn’t limited to just dialogue trees or the specific way you can tackle any number of quests, as the battle system is one of the most satisfying I’ve encountered in an RPG. There are so many interesting and different ways elemental effects can interact with each other that each battle presents an exciting opportunity to discover new things. And this isn’t a simple sort of Pokemon elemental system where “fire beats ice” and that is all you need to know. That’s kindergarten stuff to gamers by now. This is college level, logic based “set the monster of fire, put it out with a rain spell, then use lightning magic on the puddle you’ve just created.” There are so many different ways to take advantage of this I could do a full review just talking about all the interesting things I discovered in the midst of battle. There are no magic points or anything like that, and instead each character has a certain amount of action points you can use to move or take actions or even store until later turns. It is just such a well designed and clever system that I was eagerly anticipating each and every battle I found myself in. There is just so much here to discover and the game forces you to do it yourself, so that I was still finding out cool little things even forty and fifty hours into the game. In most games I’d call these sort of things easter eggs, but here there are so many that they feel just like another aspect to the gameplay. It is just an incredibly well polished system, with so much to do in terms of exploration and crafting and elemental effects in battles. This is just one big world with so many secrets, and the game just sits back and lets you explore and discover to your hearts content.

While the battles are incredibly clever, I do have some minor complaints. Melee combat seems significantly less effective than elemental spells and utilizing environmental hazards. With the right combination of spells, I was devastating enemies and frequently leaving them unable to move or act in some way. Having some previous experience with the game, I knew this was the case and set up my characters to be adept at magic, and I imagine if I had tried to just brute force my way through the game by smacking enemies with my smiting stick I would’ve been in for a significantly more challenging experience. Melee combat just doesn’t seem as well thought out as the clever interplay that exists in the various ways you can use magic, so if I had one minor quibble with the combat system it would be that. 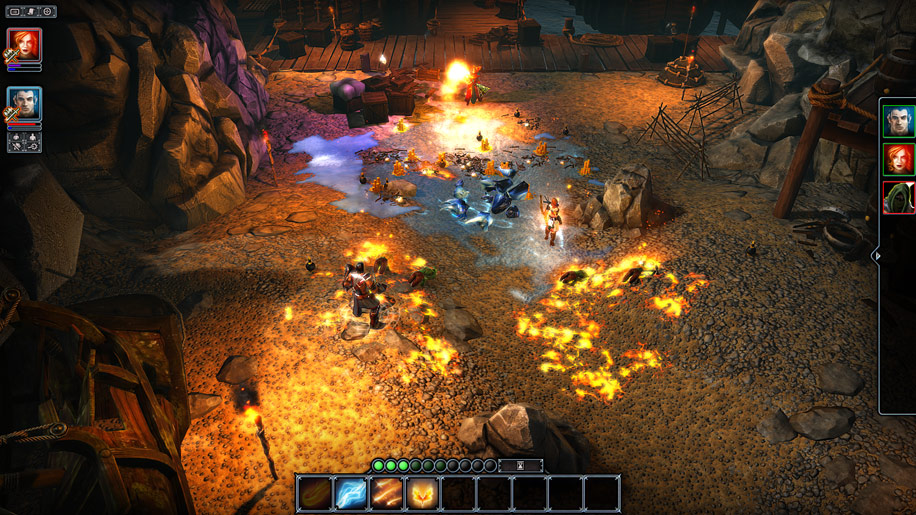 The emphasis in the game isn’t really on combat as so much as it is on questing. Yeah, the combat system is really well done and battles are enjoyable, but the game only gives you battles in small doses. Enemies don’t respawn and there are a limited amount in each area, so grinding or battling hordes of foes for hours on end is simply not possible. The emphasis is meant to be on exploring the world and learning about its intricacies, and the game doesn’t want you getting bogged down in endless combat. In fact, unless you are particularly sadistic and spend your time murdering each and every villager you come across, there isn’t a ton of combat in the game. There is enough to sink your teeth into, sure, and even more to come once fan campaigns start pouring in, but it might come as a shock to fans of more traditional RPGs that you can’t just grind all day and beast your way through later levels.

While I don’t have a lot of complaints about this game, there were a few occasional hiccups that popped up every now and then. The difficulty was a bit all over the place, spiking early on in the game and then crashing down and leveling off in a nice even plateau that it never really seems to get over. I had a hard time finding my way out of the first town, and not because I didn’t level up my map reading ability to a sufficient level. Each and every exit I found seemed to guide me into the nice, icy cold grip of death and enemies way too strong for me to even make eye contact with. This is one of the few times when a big open world to explore was a bit of a detriment, as while most game are content to point you in the general direction you need to go next, you are sort of left on your own to figure out the optimal direction by following the path that is least littered with your corpses.

Without having leveled up any of my skills to a powerful level or having quite grasped the intricacies of the game’s elemental system, I was left to adopt a strategy of poking enemies from afar and running like hell when they looked my way. It was quite the ordeal powering myself through this early area, leaving me with the smug sense of satisfaction when I finally pulled it off. Unfortunately, later on the game doesn’t seem to really have any answer for you if you put together the right set of magic spells, and after some early hiccups I breezed my way through most of the rest of the enemy encounters in the game. Yeah, it does give you a challenging boss encounter every once in a while, but I missed the crushing difficulty I encountered right after the first town. A bit more of a challenge later on would’ve been nice, as it doesn’t seem able to keep up with the various tricks it gives you. 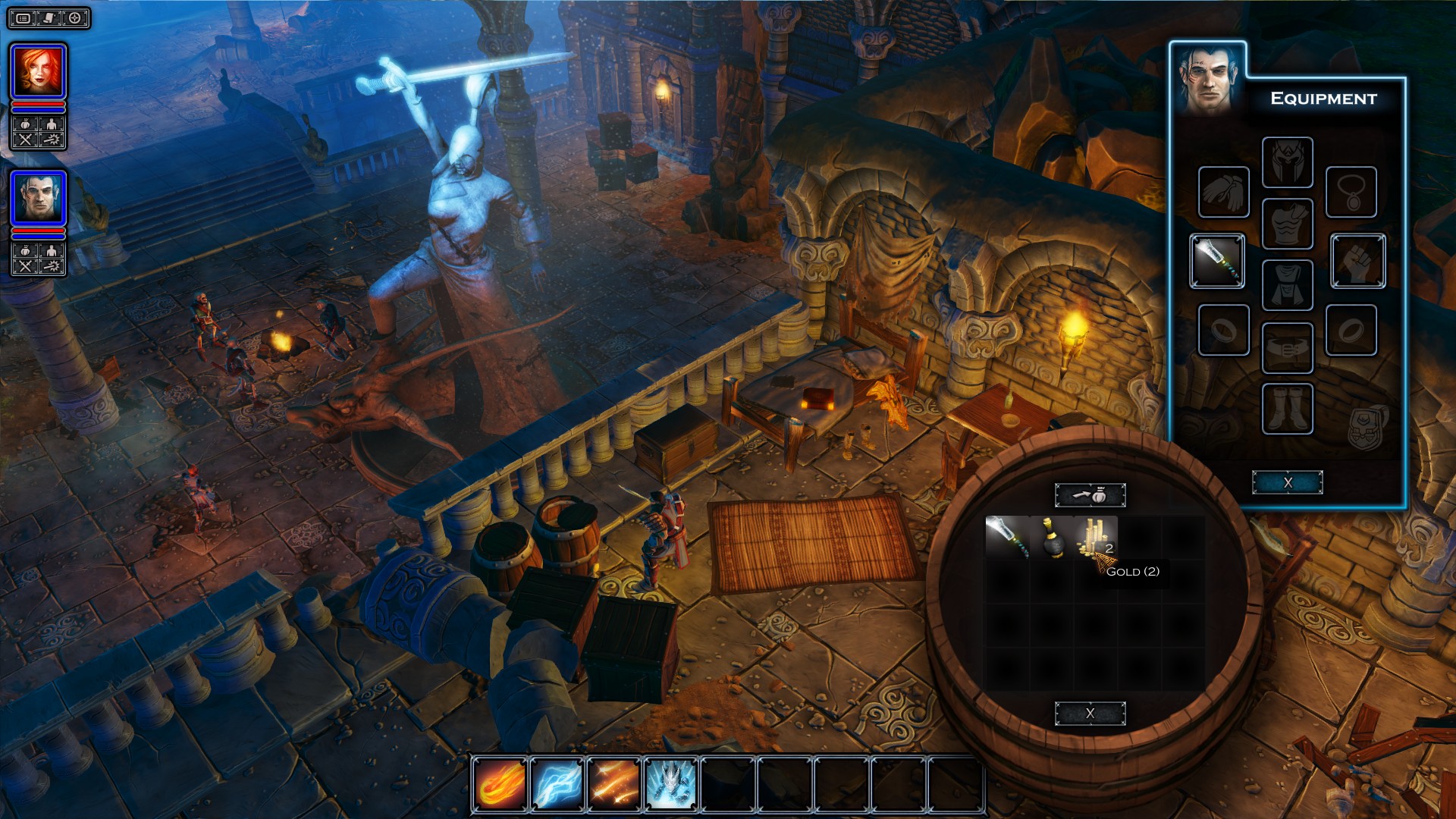 Boasting a huge open world to explore, over one hundred hours of gameplay and not even the slightest suggestion how it should be tackled, Divinity: Original Sin is remarkable. Will you be the stalwart hero or rob everybody blind and sell their stuff to merchants? There are so many different ways to do so many different things, from how to solve a particular quest to how to best tackle a group of enemies. I can’t recall the number of times I was curious if I could do something a certain way only for the game to shrug its shoulders, pat me on the back, and encourage my exploration while it hid behind the nearest barrier just in case something went wrong. The lack of hand holding will most likely turn off genre novices and difficulty could be a bit more consistent, but beyond that, my complaints are just me wanting more. More battles, more quests and even more to do. With so much already on the table, though, I feel like a greedy fat kid at Thanksgiving dinner pounding and shouting for seconds. Luckily, the included editing tools promise just that, and it will be exciting to see what the community can add on to an already outstanding experience. Put on your +1 cape of adventure and go pick up Divinity: Original Sin now, because it would be a sin to miss out on something this good.