For all of the criticism, backpedaling, fanboy wars, and general mockery it gets, the Xbox One is a pretty neat gaming console. Sure, it’s trailing in the “Console Wars,” but it does a ton of cool stuff that cannot be ignored. When they work correctly, voice commands are a revelation, allowing us to relax like kings while we binge-watch Law and Order: SVU. Watching the NBA Playoffs while playing Titanfall is nothing short of awesome, though it’s gotten me killed far more often than I’d like to admit. Its D-Pad is a drastic improvement over the 360, making 2D games like Super Time Force a joy. Sure, it has its share of issues (none of which are funnier than when the Kinect recognized my crotch as a guest user), but the Xbox One is a great machine.

Unfortunately compared to the PlayStation 4, the Xbox One’s library is lacking. The baffling Launch Parity Clause, which requests that ID@Xbox developers launch their games on the console concurrently with other platforms, has still yet to be replaced. Sure, the Xbox One will see a number of exciting independent games over the next year; Below (which had the single best demo I’ve ever played), Inside, White Night, Ori and the Blind Forest, and Cuphead each look intriguing. As of this writing, however, none of them are out.

Launch titles are still featured on the console’s digital storefront; empty release weeks have become commonplace. Granted, the PlayStation 4’s first-party AAA lineup is nothing to write home about, but rarely does a week pass without something coming out on Sony’s newest console. In fact, as of this writing, the PlayStation 4 currently has 96 games to the Xbox One’s 61. If you own both current-generation consoles, there is little to no reason, outside of streaming video content, to turn on your Xbox One at this time. Those bored with the current Xbox One offerings are left with little to tide them over until the Fall software boom comes. Xbox One owners need some novel experiences over the summer. Fortunately, there is one out-of-the-box solution to the Xbox One’s software problem:

Buying a PlayStation 3 and working your way through its extensive exclusive catalog.

“Wait, what? I just spent hundreds of dollars on a brand new console, and now you’re telling me to buy another one?” Look, I understand that the new console generation has a high cost of entry. For the sake of this argument, I’m going to assume that money isn’t an object here; who am I to decide what $200-$300 is worth to you? If you’re looking for something to play until October’s assault on your wallet begins, you could do a lot worse than the PlayStation 3’s exclusive library.

We don’t currently have the exact number illustrating how many PlayStation 3 owners decided to run with Microsoft this console generation, but it’s easy to assume it’s less than the number of 360-to-PS4 refugees. Consider The Last of Us, the most heralded game in the PS3’s library, and our game of the generation. To date, Naughty Dog’s apocalyptic epic has sold seven million copies, whereas the Xbox 360 has an install base of roughly 83 million. 360 owners who have played The Last of Us are few and far between. Now consider the fact that we’re talking about one of the most popular games in the history of the PlayStation 3. How many Xbox 360/Xbox One owners do you think have played Uncharted, LittleBigPlanet, inFAMOUS, or Journey?

There are a number of quality AAA exclusive titles on the Xbox 360, but they pale in comparison to the vast exclusive library of the PlayStation 3. Sure, Halo and Gears of War are far more massive than the PlayStation 3’s exclusive franchises put together, but in terms of sheer numbers it’s not a contest. Alan Wake, the Fable series, Lost Oddessy, and Crackdown are certainly worth playing, but if you’re looking to kill time with games you’ve never played before, you can do a lot better.

Once one starts to make a list of games worth trying on the PlayStation 3, it quickly becomes apparent that hundreds upon hundreds of hours lie waiting to be wasted. Brace yourselves, because we’re about to do some heavy listing up in here: Uncharted 1-3, inFAMOUS 1 and 2, Heavy Rain, The Last of Us, Journey, Ico HD, Shadow of the Colossus HD, Papo & Yo, Beyond Two Souls, God of War 1-3, God of War: Ascension, Super Stardust HD, Ni no Kuni: Wrath of the White Witch, Valkyria Chronicles, Metal Gear Solid 4, Flower, Sound Shapes, Resistance 1-3, and The Unfinished Swan. One would have to quit their job or drop out of school to finish every game on this list between now and October. 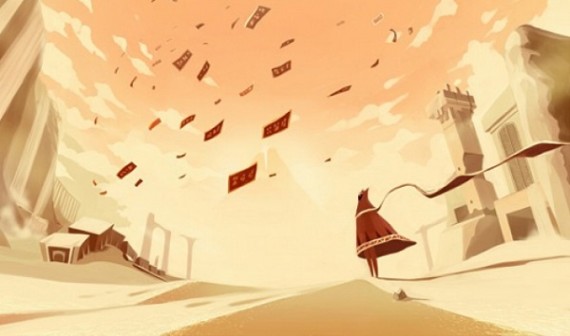 This is not to say that one couldn’t find a way to kill time with an Xbox One until releases start pouring out this Fall, as there are quite a few replayable games on Microsoft’s newest console. However, working your way through the PlayStation 3’s catalog will never get stale, whereas that 900th game of Titanfall just might. If you’ve never touched a DualShock before, there’s no better time to begin.