Bungie has teased the Destiny community with unattainable equipment and weapons in both the Alpha and Beta. Thanks to a bit of exploration, we found that this level-locked loot is not the only teaser hidden in Destiny‘s Beta.  The most powerful foes of the MMO-like first-person shooter have remained largely a mystery…until now. Here’s how to find the three level-free Hallowed Hive beasts in the Beta: 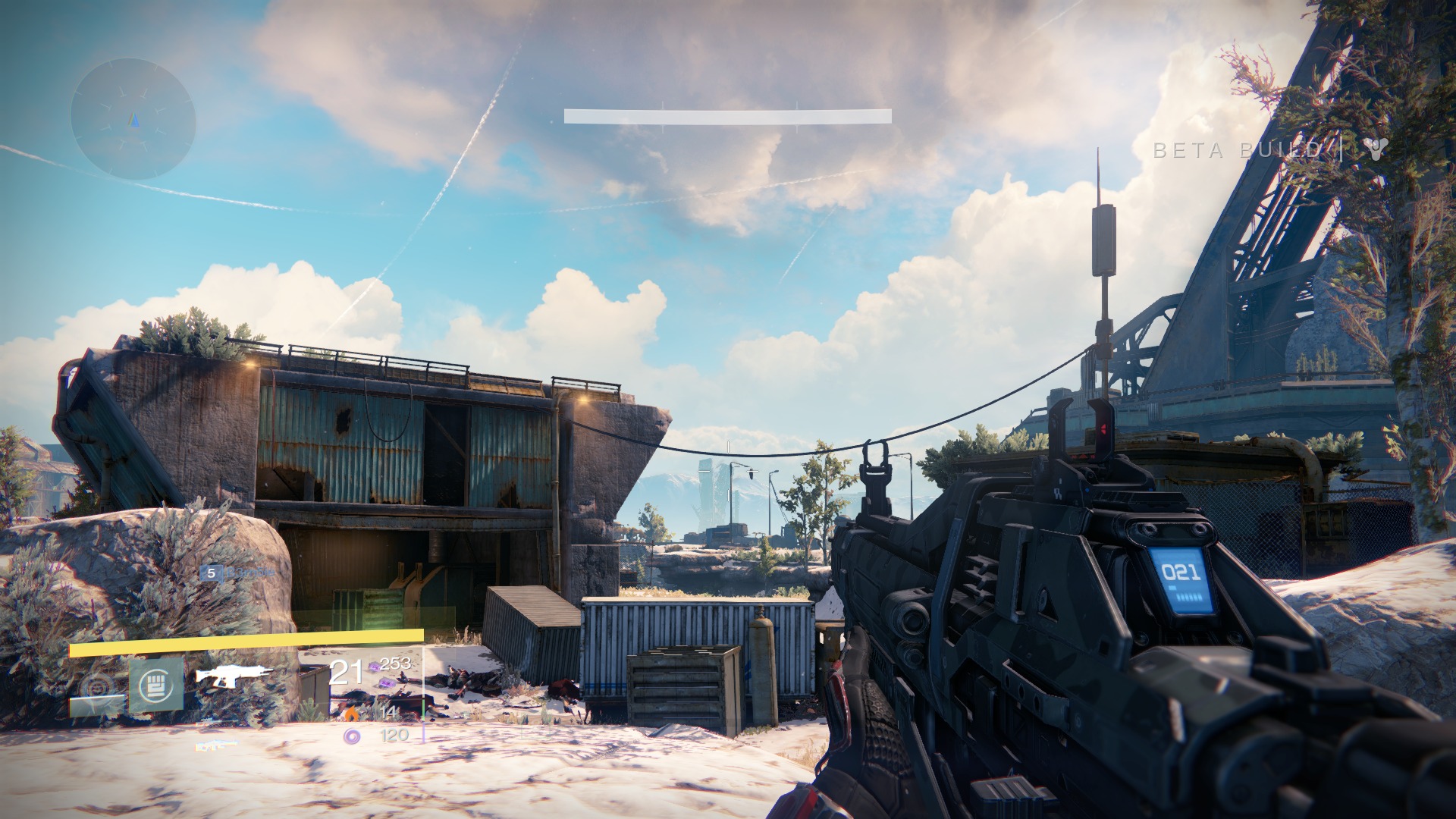 When you initially spawn in Exploration Mode, walk straight ahead and defeat the first group of Fallen you see. They should be hanging out right in front of the building on the left side of the above image. Once you defeat them, head inside the building and down the staircase in the back-right corner of the room. 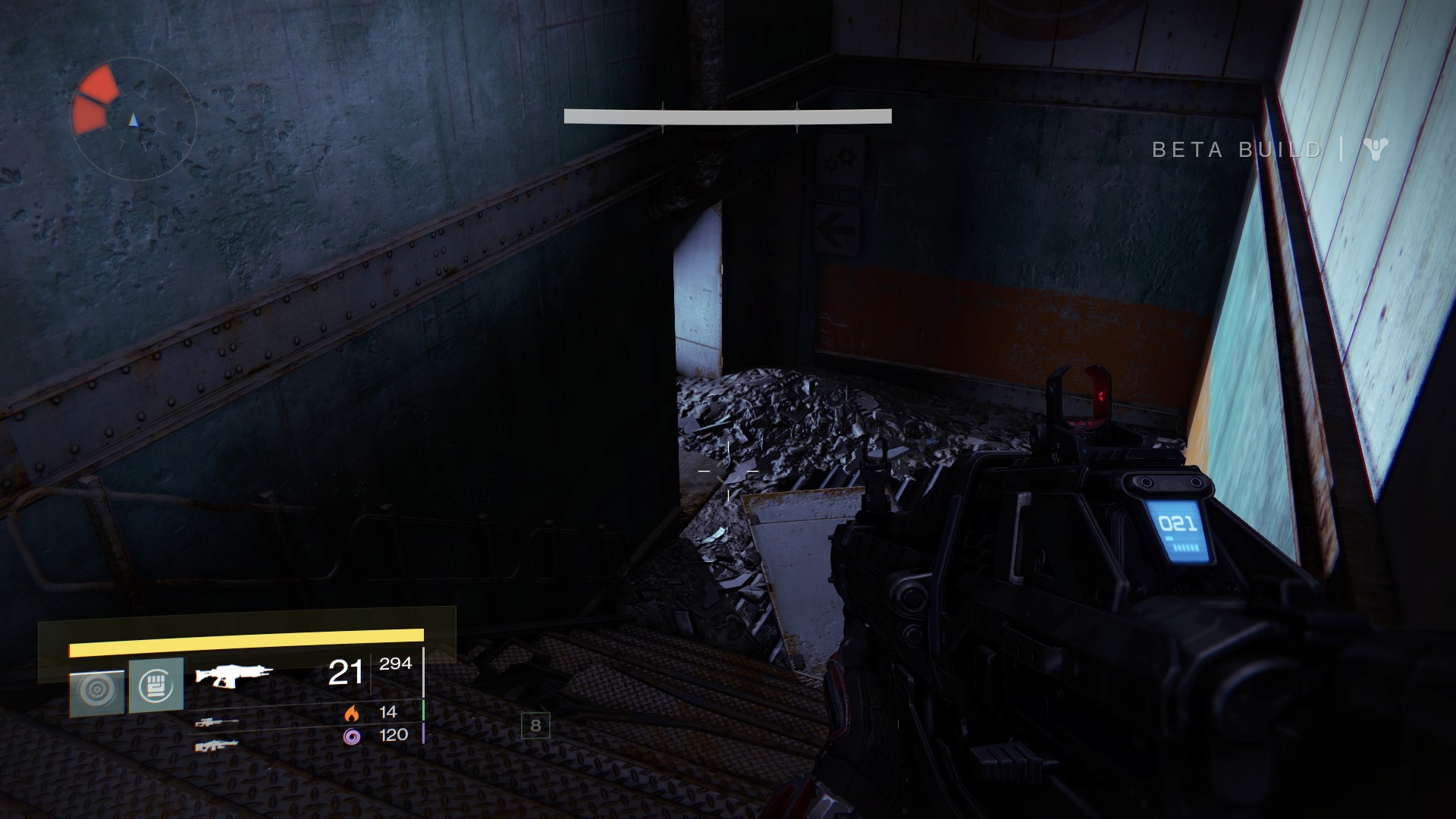 When you head down the stairs, you should see a door emanating light at the end of the hallway, simply enter this creepy doorway. 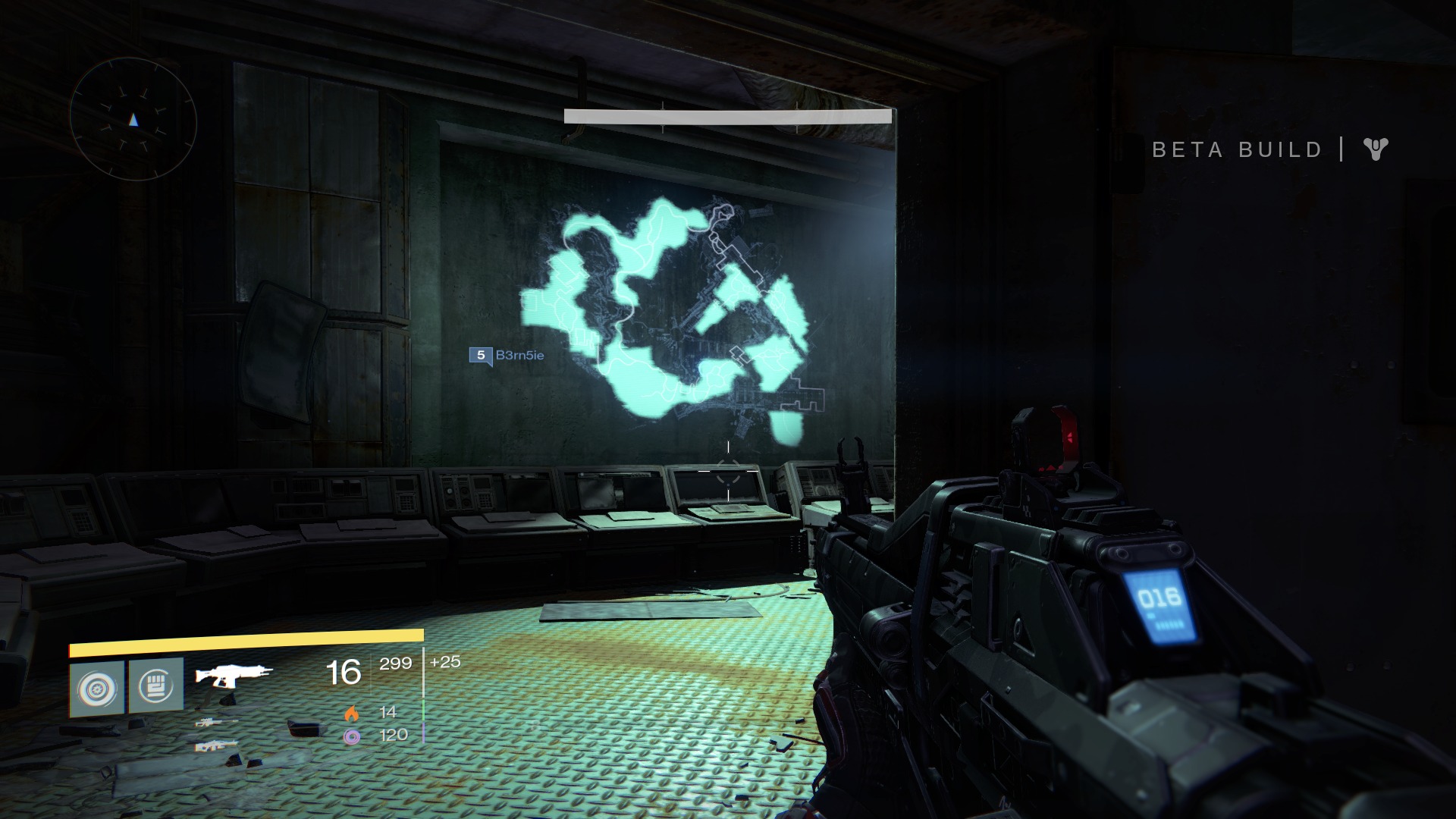 You should enter the map room that plays a major role in one of the Beta’s Story missions. A small group of low-level fallen will attack you upon your arrival. Take them out and head through the hole in the wall on the right side of the room. 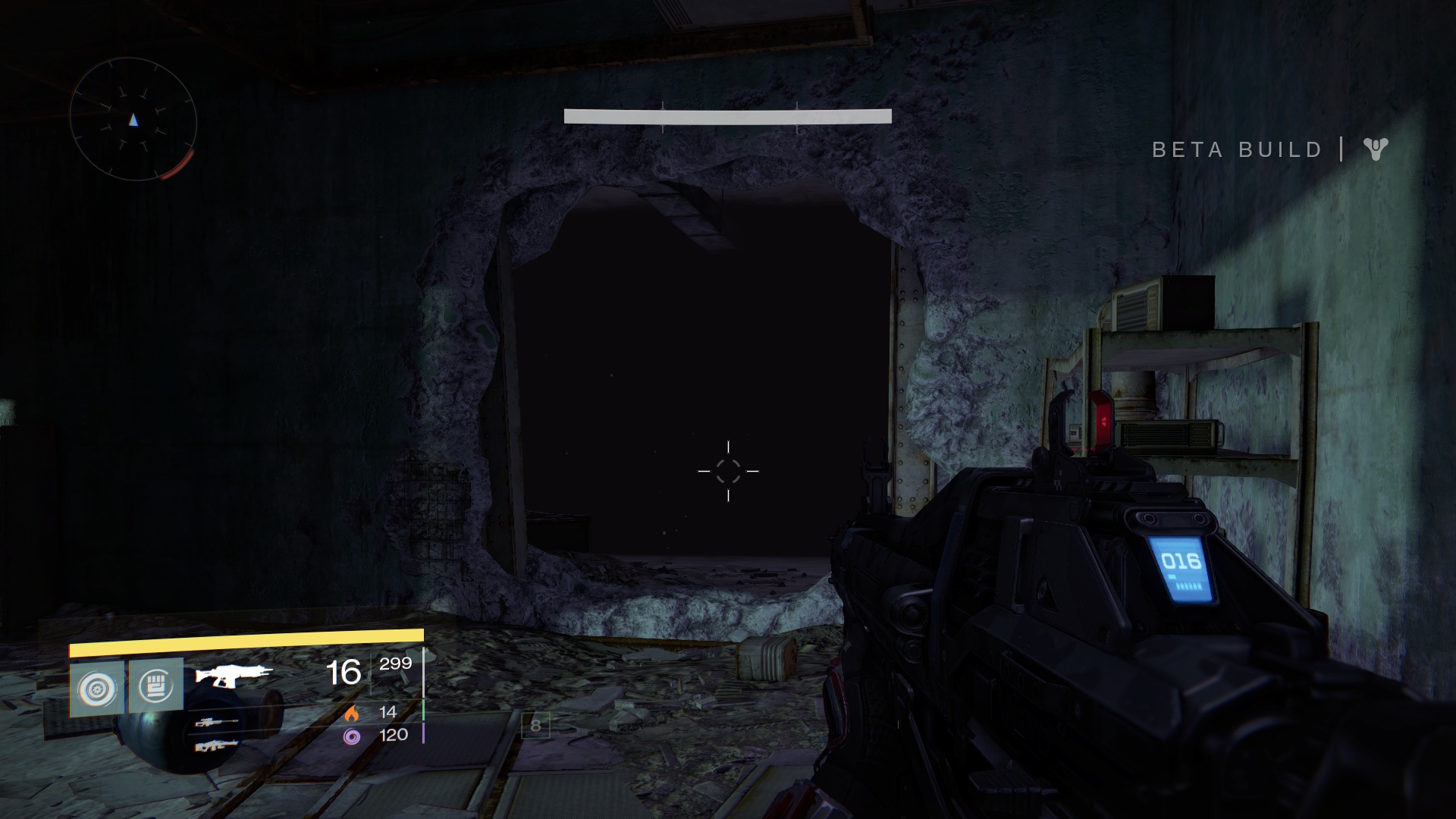 Upon entering this dark section, your flashlight should kick in, letting you know that Hive enemies are close (as Acolytes seem to thrive in the darkness). 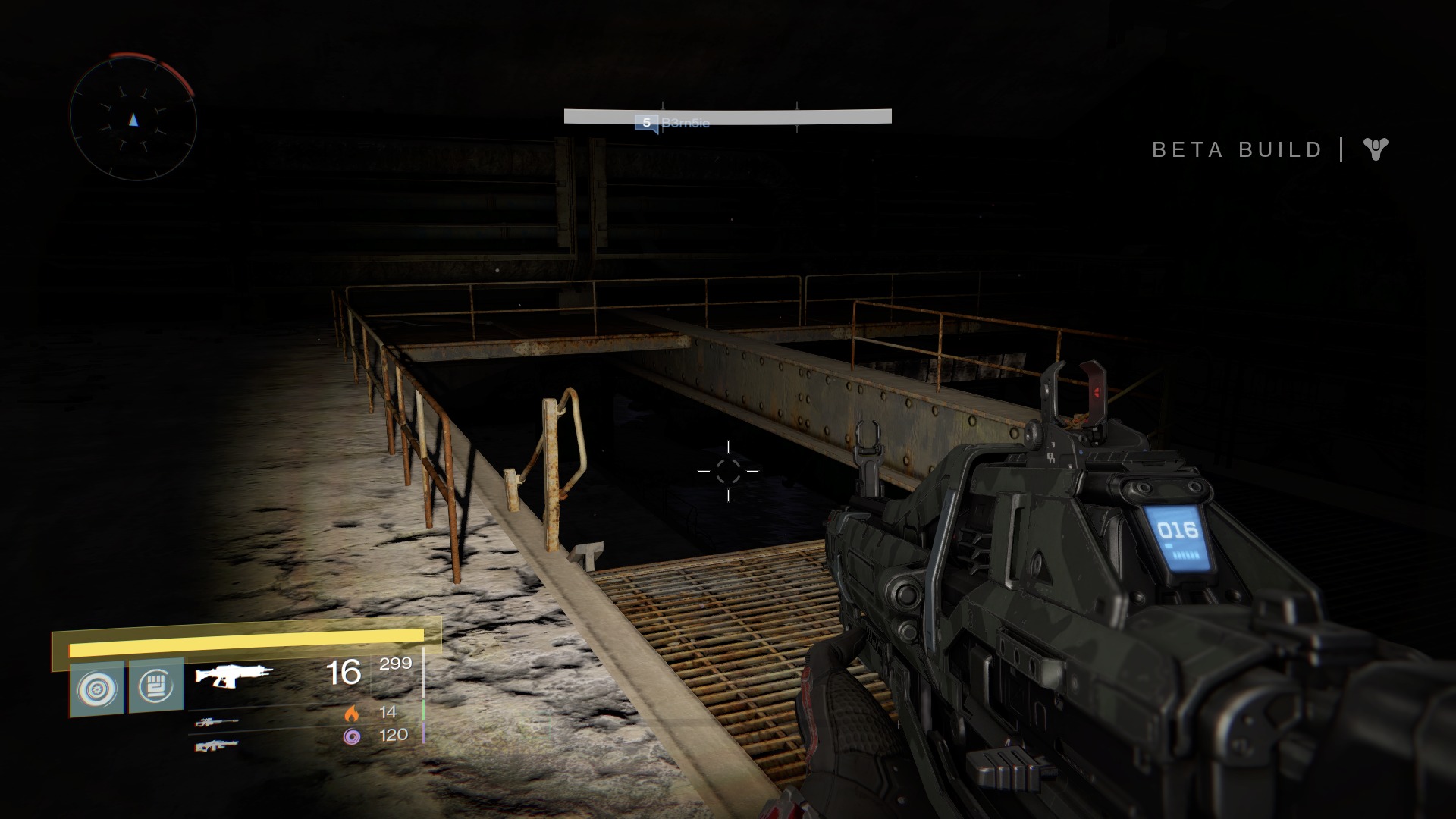 Walk straight ahead and you should see an ominous rusty staircase descending into the abyss. Head on down and take a slight right at the bottom. 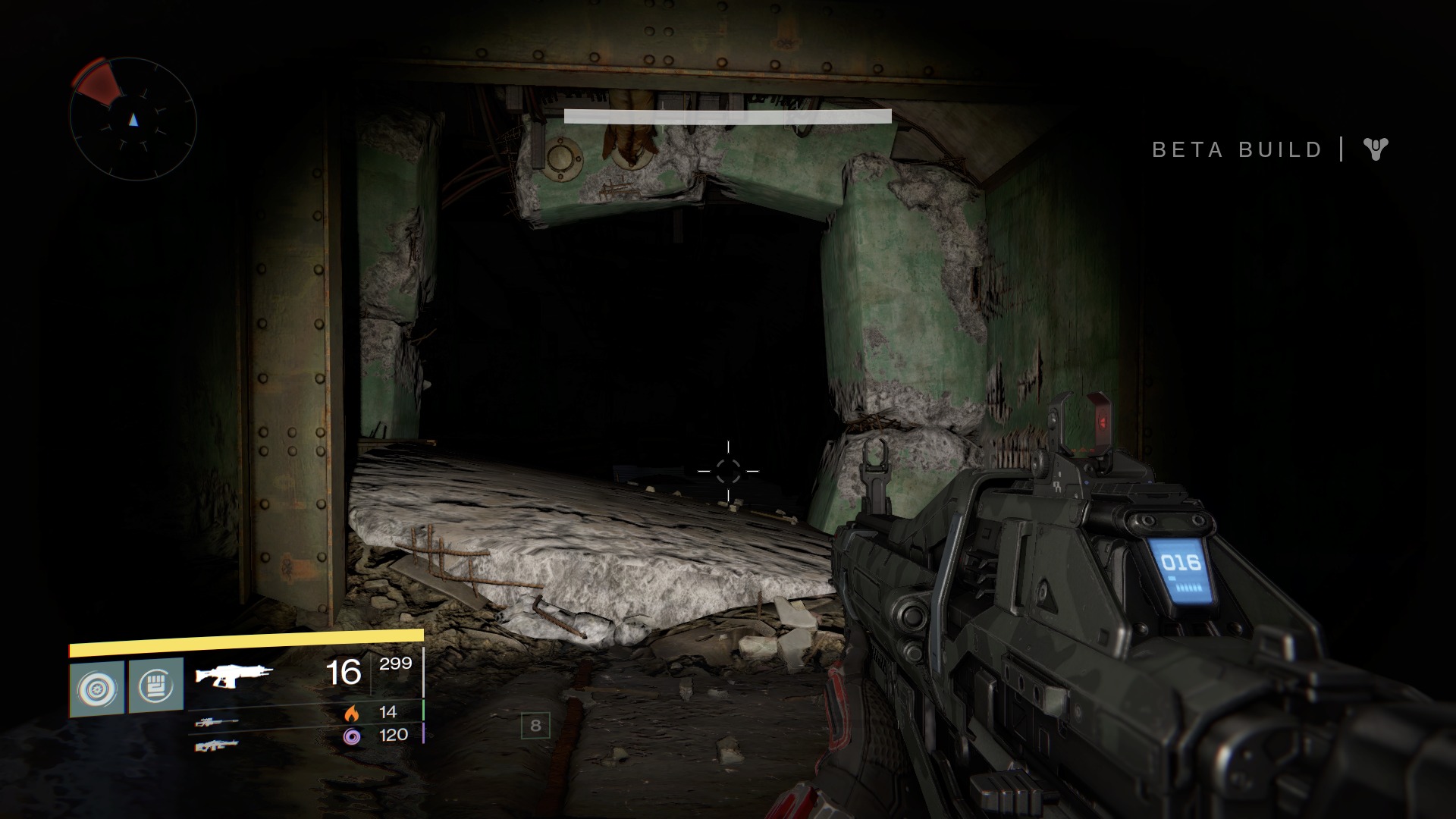 Head down the damp hallway until you see another hole in the wall (seen above). Make sure to enter this room extremely slowly, as the enemies in this area will kill you instantly if they see you. 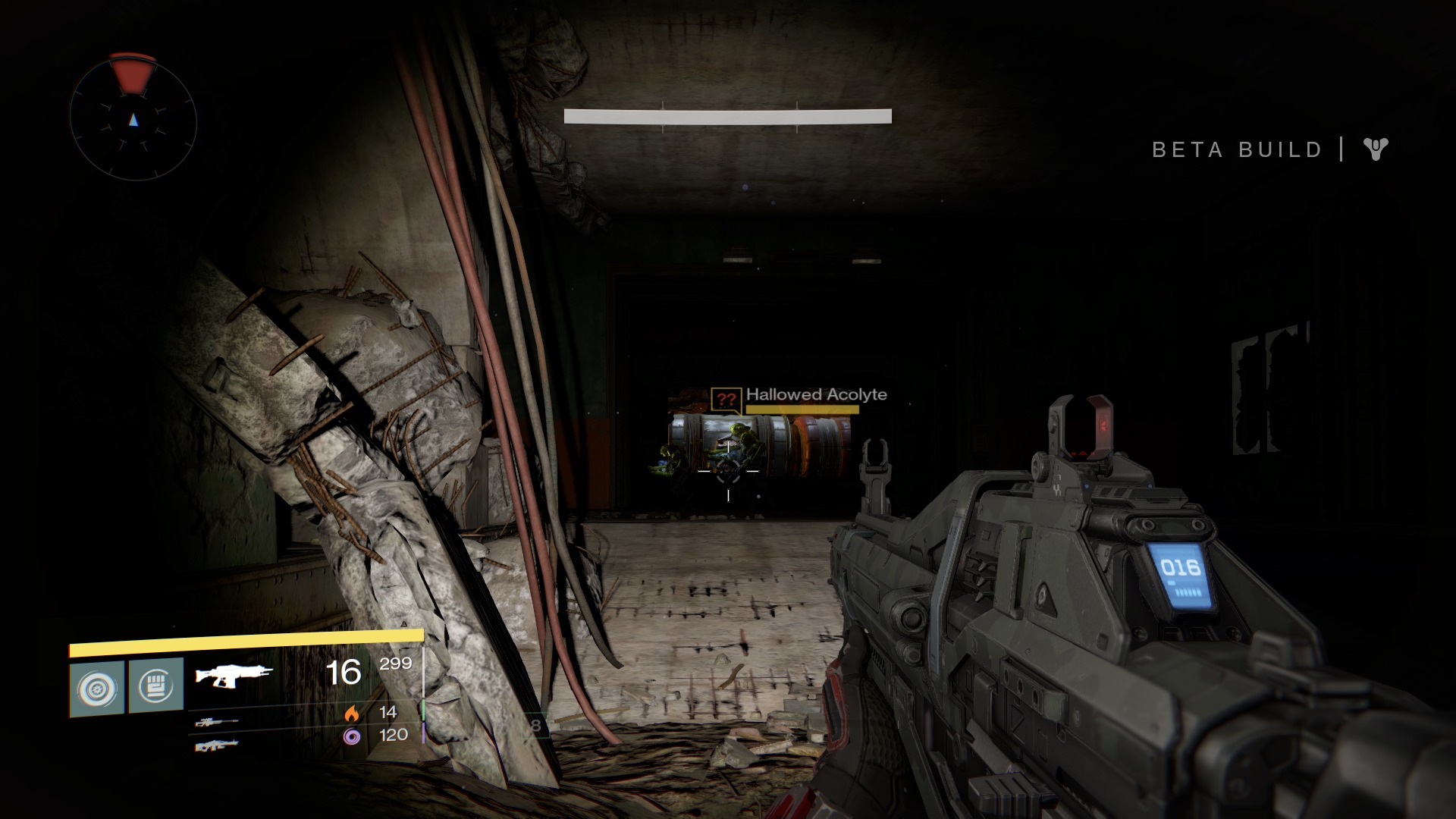 The three Hallowed Acolytes each have two question marks where their level should be, and they are completely immune to any sort of gunfire. They are hanging out in a room with no exits, perhaps indicating that they will be high-level mini-bosses in the full version of the game. Though a dark doorway in the back-left section of their room seems to be a pathway to a new area, it is simply a dead end. It’s safe to assume that high-level, XP-boosting enemies like these will be hidden across Destiny‘s multiple worlds when the game is officially released on September 9th.