In only a couple of weeks Pokémaniacs from all over the globe will be arriving to Washington D.C. for the 2014 Pokémon World Championships. In fact, players from more than 30 countries are making the trip to compete for prizes, scholarships and more. From August 16-17 the final battles for the trading card and video game standings will take place. The opening ceremonies begin on Saturday, August 16 at 9:00 a.m. EST and it all ends at 6:00 p.m. the next day. Fans will be able to catch up on all the action with the newly launched official website for the event. It’ll provide updates and highlights throughout the day. You’ll also be able to watch everything live on their Twitch channel.

If you plan on attending the World Championships, why not arrive the Friday beforehand? The very first performance of the Pokémon: Symphonic Evolutions tour takes place August 15 at the Warner Theater in Washington D.C. It will be a concert with full orchestral arrangements to match perfectly timed images to recreate the iconic sounds and music heard throughout the video game series. It’s a treat for any Pokémon fan. 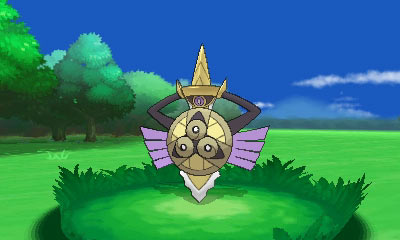 One more event for those attending is the distribution of a special Aegislash. Anybody at the event will be able to download Aegislash if they have a copy of Pokémon X or Y. It will be level 50 with Wide Guard, King’s Shield, Shadow Ball and Flash Cannon. It’s special because Wide Guard is very tough to teach an Aegislash as it requires egg moves and chain-breeding, so it’s much easier to receive it with the move already learned. Aegislash are used often in competitive battles, especially with high attack and defenses, which would make this pick-up worth having.