One year ago, Activision gave people value for their money with Call of Duty: Ghosts. The base game was $60, and for $200, you could get the Prestige Edition. This got you the game, a paracord strap, Steelbook packaging, a season pass, a bonus map, an OST and a 1080P tactical camera along with a memory card, batteries, and editing software to get the most out of it. If you wanted to spend $120 and meet those prices in the middle, you could get the Hardened Edition. This got you the game, the season pass, the Steelbook, an additional map, and some other digital content. It wasn’t a rock-solid value, but did allow the budget-minded to get a premium version of the game if they couldn’t spend the extra $80 to get the Prestige Edition. 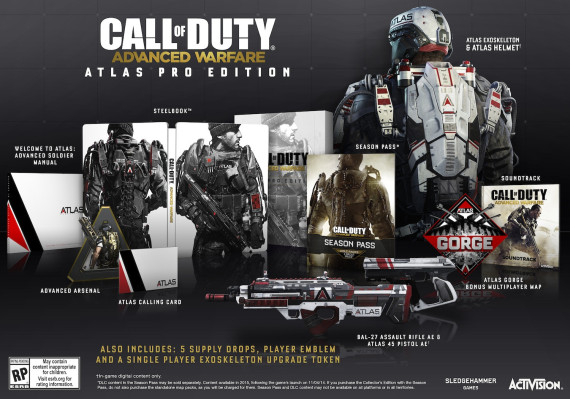 Earlier today, the Advanced Warfare special editions were revealed and we can’t help but feel a bit underwhelmed by them to some degree. Gone are the physical items and in their place are all-digital ones. $80 gets you the Limited Edition, which comes with a Steelbook, a manual, a soundtrack, and a variety of weapons. $120 gets you that and a season pass; that’s it – you’re spending $40 for a season pass. Last year, your dollar went further as $120 got you a season pass and a bit more in-game content. While I’m personally not the kind of person who is going to spend $120 or $200 on an individual game, the $200 version of Ghosts did at least give you an incredible amount of physical items for that money. The camera alone was worth the cost of everything, and when you factor in how its inclusion could lead to people getting into video shooting and editing just for fun and then making it into more of a hobby, it was a good long-term value for someone looking to do that without a lot of up-front expense.

Now, Activision isn’t even offering up a physical good beyond a game in a Steelbook case. Sure, this allows them to make more money since all they’re losing out on is the cost to put a code on some fancy paper instead of making deals to get things like a camera and branded paracord included with a video game, but it’s a terrible deal for gamers. $40 for a season pass is absurd when $20-$25 is the going rate. 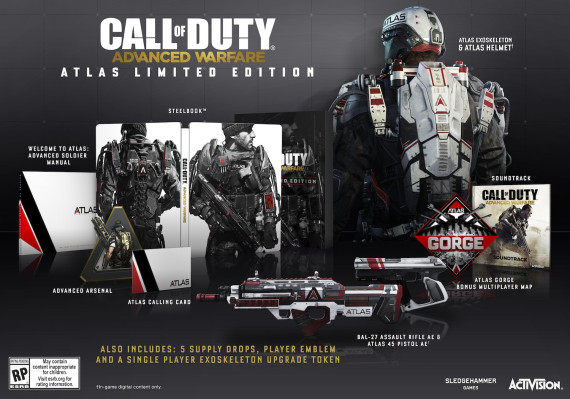 Some people are distracted by bright and/or shiny things and you can’t make a buck off of them if everything’s all-digital. People want something of substance for their money, and the $120 Atlas Pro edition of Advanced Warfare is anything but. $20 more than the standard edition for a Steelbook and other digital goodies isn’t too bad, though. If you’re willing to spend $60 on the game, then you can probably swing $80 without much trouble. Still, it’s a far cry from the days of Halo 2 when a Steelbook merely cost $5 more.